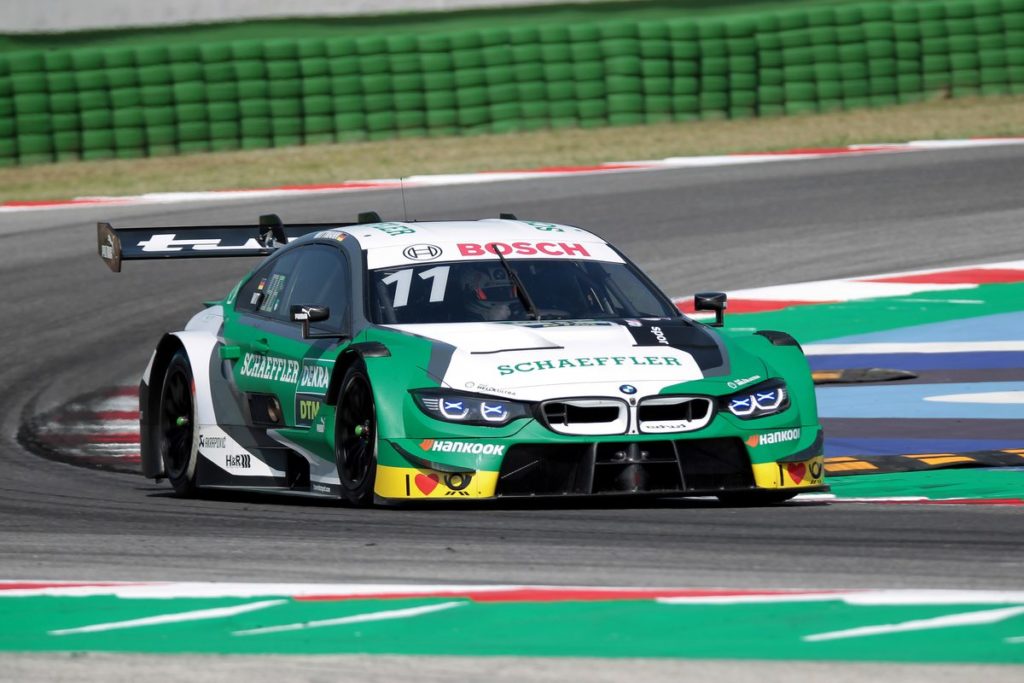 Misano miracle: with a tactical masterpiece and a great driving performance, BMW driver Marco Wittmann (GER) has won the entertaining DTM race at Misano on Saturday, and that beating an ultra-strong pole sitter René Rast (GER, Audi) in the process. From the very last place on the grid, the 2014 and 2016 DTM champion made the best use of an early pit stop and a safety car intervention, claimed the lead by taking all the risks and making no compromises and then used all his driving skills to bring victory home in spite of a marathon stint that covered almost the entire duration of the race.

René Rast, meanwhile, also was a class of his own at Misano. The 2017 DTM champion converted his pole position into the race lead that he only had to surrender during his mandatory pit stop. Audi driver Loïc Duval (FRA) took the final podium slot in third place, Daniel Juncadella (ESP) was the best-placed Aston Martin driver in 13th.

Another of the numerous highlights the fifth race of the DTM season had in store: the performance by Andrea Dovizioso (ITA). The guest driver from the Audi ranks staged many thrilling position fights. In one of these situations after six laps of racing, he came out on top against three rivals in a thrilling way. At the finish, the runner-up from the MotoGP World Championship was classified twelfth behind rookie Sheldon van der Linde (RSA, BMW), stalwart Timo Glock (GER, BMW) and Pietro Fittipaldi (BRA, Audi). 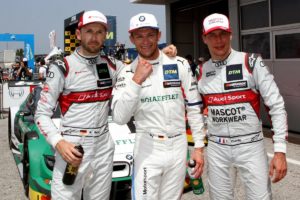 Marco Wittmann, winner : « As much bad luck as we were having at Zolder, as much luck we were having at Misano today. It was clear from the very beginning that we only had one chance to achieve a good point-score, which was whenever there would be a safety car intervention and we would be making an ultra-early pit stop. Exactly that is what happened. However, in this heat and on this aggressive asphalt, 38 laps with one set of tyres is quite something. I really hoped that we wouldn’t incur any punctures. It was really on the edge, but I am all the more happy for it now. »

René Rast, 2nd place : « Of course, I have tried everything to catch Marco Wittmann until the final metres, but that turned out to be impossible. Had I been beaten by a few tenths of a second only without pushing, I would have been angry. Battles are going on until the very end. Second place is a super result. I am now leading the championship standings, but it is still way too early to start thinking about that. Just five out of 18 races have been completed yet. »

Loïc Duval, 3rd place : « Initially, I was following René Rast for a long time and I first let things play out. Unfortunately, this time we were unlucky with the safety car intervention. But that is part of the game: sometimes you are lucky, sometimes you aren’t. Therefore, a podium result is still a good thing. But I am certain: had it not been for the safety car, we would have seen an undisputed 1-2 for Audi today. »

Andrea Dovizioso, 12th place : « That was great fun and a lot of hard work! When you are starting well down the order, it is obvious that you don’t have the chance to learn from the guys at the front and to emulate them. And exactly that is what I still have to do: learning a lot. On the other hand, I had plenty of exciting duels. I can’t complain about the result either. A great race. »