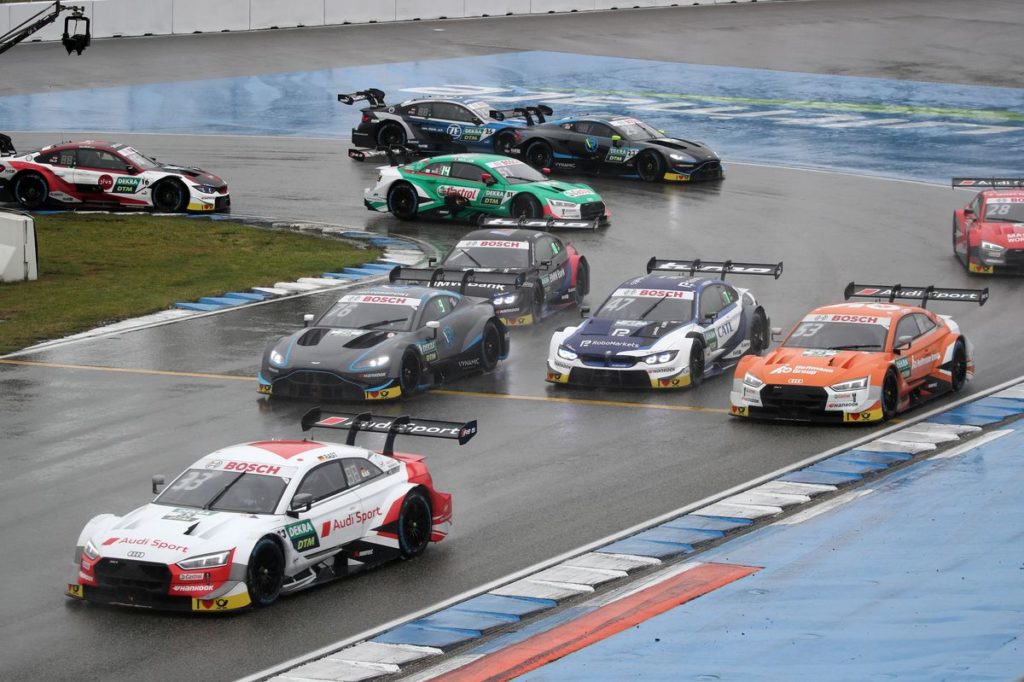 This weekend, the DTM meets up with an old friend – but also faces a journey into the unknown.

Following a spectacular start to the series’ new turbo era at Hockenheim at the beginning of May, the DTM heads to the storied Belgian venue on May 17-19 for rounds three and four of the eighteen-round 2019 season.

The 4.011 km track in Belgium is regarded as very demanding – its stop-start nature offers little respite for either the drivers or the cars. There are six points on the circuit which require braking from speeds of more than 200kph, which places added focus on the brakes.

Circuit Zolder was a mainstay on the DTM calendar in the 1980s and ’90s, and last featured on the timetable back in 2002. As such, it is a complete unknown for the whole field.

By happy coincidence, the now-75-year-old Grohs will race at Zolder during a DTM weekend once again, when he gets behind the wheel of a 1987 BMW M3 (E30). He will be competing in the ‘Tourenwagen Classics’ race, in which popular touring cars of the 1980s and 90s compete.

On a crowded support roster, the new W Series will follow up its Hockenheim debut with the second round of its women’s single-seater series. The Porsche Carrera Cup Benelux and the Belcar Endurance Championship also feature on the bill.

Away from the track, superstar French DJ and producer Bob Sinclar will entertaining the crowds in the DTM Fan Village on Saturday evening. His song ‘Love Generation’ was a summer club smash in the summer of 2006, eventually becoming Germany’s best-selling single of the year. He also experienced huge success with singles ‘World, Hold On (Children of the Sky)’ and ‘Rock This Party (Everybody Dance Now)’.

He was named World’s Best DJ at the World Music Awards in London in 2006.

» Quotes – Zolder René Rast, Audi Sport Team Rosberg : « I’ve been to Zolder once or twice. Of course, I remember the track – but, like everyone else, I’ll be preparing myself for the weekend by watching onboard videos, sitting in the simulator and then walking the track. My approach will be unchanged. We always try to make the most of the race weekends. We still have a lot to learn about our car to get the most out of it. But that’s the same for the other manufacturers as well. »

Timo Glock, BMW Team RMR : « I’ve never raced at Zolder, not even in the junior classes. I’m curious to see what it feels like to drive there with a DTM car. On the onboard recordings I’ve seen, everything looks pretty tight there, stop-and-go, with few run-off zones. I’m looking forward to meeting a new racetrack again. The track walk on Thursday night will certainly be a bit more extensive than on a track like the one in Hockenheim, which we all know like the back of our hands. »

Jake Dennis, R-Motorsport/Aston Martin : « The season opener in Hockenheim was quite positive for Aston Martin. Our performance was really good. Hopefully we will be able to match the pace of Audi and BMW in a few races. I think that’s a realistic goal. In Zolder, I drove in the Blancpain GT Series in 2017. So, I know the track well. Qualifying will be very important there. The course is quite tight, a bit ‘old school’. For we DTM drivers, it will be a challenge to drive there, also because of the great engine power and the reduced downforce. »