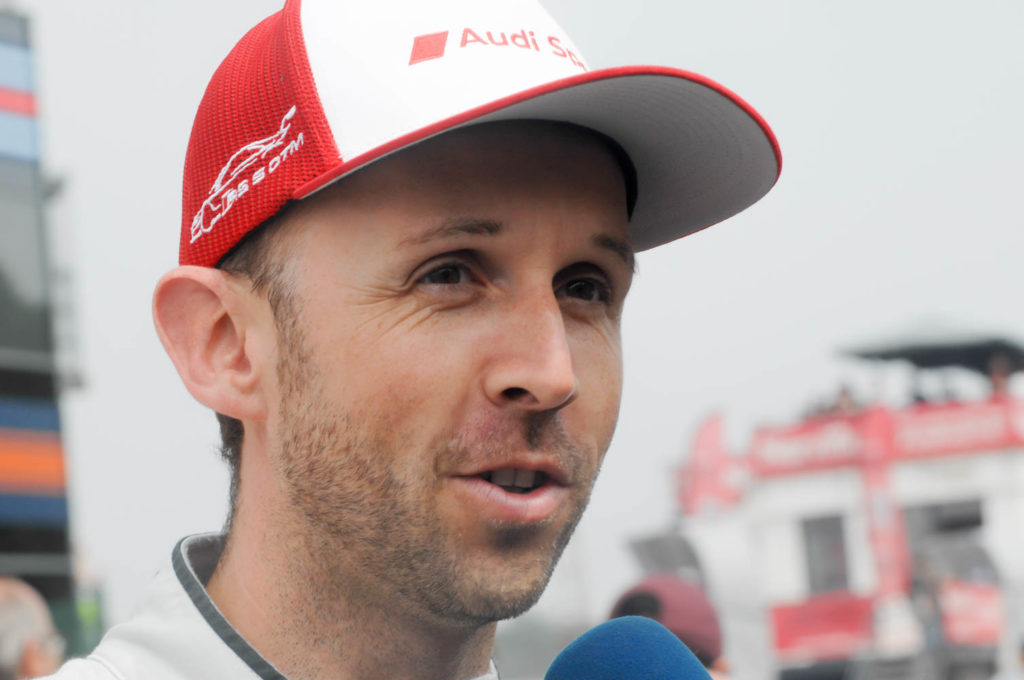 Bad luck on Saturday, victory on Sunday: It was a case of copy-and-paste for René Rast (GER, Audi), whose dominant performance in rounds three and four of the 2019 DTM at Zolder identically mirrored his results in the season opener at Hockenheim two weeks ago.

The 2017 DTM champion once again retired from Saturday’s race with a technical problem before fighting back to secure victory on the Sunday. Once again, tactics and nous played their role, with a result that required a fighting drive and a forceful overtake to secure.

Rast had to fight for the lead with rookie youngster and pole-sitter Sheldon van der Linde (RSA, BMW).

Even before the top drivers started pitting to fit their mandatory fresh rubber, Rast pulled the decisive move on lap 10, working his way past leader van der Linde with a well-timed move into Turn One. As the race developed, Rast was able to pull clear and establish a comfortable lead after a mid-race Safety Car period.

Eng had another strong day. From third on the grid, Saturday’s winner made a trademark strong start but dropped back to fifth after running wide on the gravel at Turn Two. He fought back to second with a couple of strong passing moves on Robin Frijns (NED, Audi) (up the inside at the Villeneuve Chicane) and van der Linde (inside at Turn One).

The young South African, who had led the opening third of the race, struggled with tyre degradation in the closing laps, dropping to fifth on the final lap after being passed by Green and Mike Rockenfeller (GER, Audi).

Jake Dennis (GBR, Aston Martin) was another driver to show well. After briefly leading, he went on to claim sixth, pulling off moves to pass DTM champions Marco Wittmann (GER, BMW) and Bruno Spengler (CAN, BMW).

The DTM action continues at Misano, Italy from 7-9 June, when MotoGP superstar Andrea Dovizioso (ITA) joins the circus as a guest driver for Audi.

“We saw two great races this weekend. The DTM’s return to Zolder has been a massive success. In particular, Sunday’s race was as thrilling as motorsport can be. DTM has shown that our cars also permit overtaking around narrower old-school race tracks. There were numerous wheel-to-wheel duels, a Safety Car intervention, complete with spectacular Indycar restart, and duels for podium positions until the final corner. For me, Sheldon van der Linde was the man of the weekend. He’s come from nowhere and is already racing the top names at the front in only his second event. On Sunday, René Rest was on another level once more, and, as an Austrian, I was also pleased to see Philipp Eng take his maiden victory. For me, the most important thing after four races is that Audi and BMW are competing at the same level after the many technical changes with the new turbo-powered cars of the 2019 generation. And newcomer Aston Martin is catching up rapidly.” – Gerhard Berger, Chairman ITR e. V.

“Unbelievable what the car was able to achieve again today. My guys have done a tremendous job in getting the car back into excellent form again after the damage from yesterday. I thank them in particular. There are times when you have a flow, when simply everything is working.” – René Rast, winner

“What a super weekend! First place, second place and the championship lead – I could get used to that, especially after the learning year I had in 2018. Initially, I wanted too much: on the opening lap, I braked too late when I went to overtake Sheldon van der Linde on the outside. Three drivers got past in the process, but, with a good strategy, we worked our way back to finish on the podium.” – Philipp Eng, 2nd place

“That was a long drought without a DTM podium. I’m so glad to be up front again after a year without a top three result. For me, it was my first time at Zolder so I was prepared for a difficult weekend. All the better to be back on the podium. The track is narrow and very technical. Today, I took the risk of making an additional stop during the safety car. That paid off because of the fresher tyres.” – Jamie Green, 3rd place

He is the youngest BMW pole sitter in history of the DTM: Sheldon van der Linde. The BMW-employed South African came out on top of a practice session for the first time at Zolder on Sunday morning. Van der Linde became the 74th pole sitter in DTM history. Six days after his 20th birthday, he gave himself a sporting present. By the way, Pascal Wehrlein, who scored his maiden pole position at 19 years and 330 days, was even younger at the time.

And then there was …

… Tom Boonen. The former Belgian cycling professional handed over the trophy for the winning manufacturer after the Sunday race at Zolder. Boonen was one of the most successful cyclist of his era, won the classic Paris-Roubaix race four times, scored three wins in the Tour of Flanders and won the cycling world championship title in 2005. In the Tour de France, he won six stages after sprints and once had the green jersey of the best sprinter. At Zolder, Boonen took part in the races of the Belcar championship. Together with his teammates, he came fourth in the race on Saturday, having been on course for a podium finish for a long time.

And then there also was …

… a special memory of Charly Lamm. The long-standing team manager of the BMW Team Schnitzer would have turned 64 on Sunday at Zolder. Shortly after retiring from motorsport, Lamm passed away at the end of January. To keep the memory of Charly Lamm alive, all six BMW M4 DTM carried the signage “Charly, always with us!” on the rear window. On the day before, Philipp Eng (AUT) already dedicated his emotional maiden DTM win to his mentor Charly Lamm.