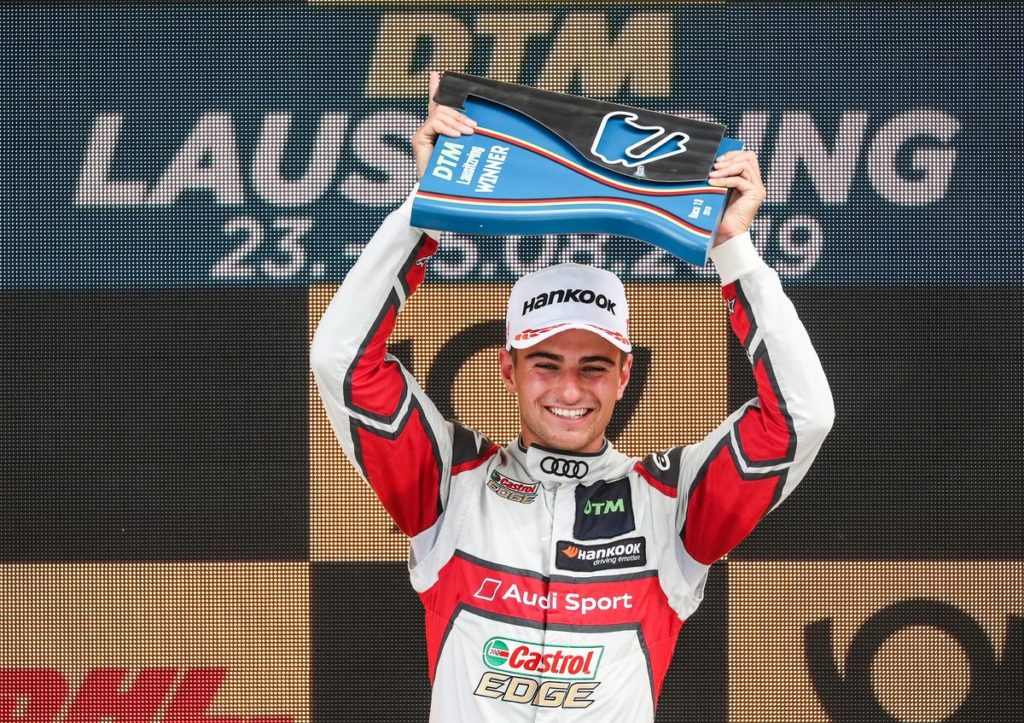 Following a one-two-three success in Saturday’s race at the Lausitzring, Audi is on the verge of winning the DTM manufacturers’ championship. In the drivers’ championship, Nico Müller, by having scored his second victory this season, reduced the gap to leader of the standings René Rast to 14 points.

For the sixth time this season, Rast started from pole position and was leading the race when he suddenly began to lose pace on lap seven due to an electrical problem and was forced to retire. This mainly benefited Müller, who, following Rast’s retirement, was initially keeping BMW driver Marco Wittmann at bay and subsequently clinched an uncontested victory. “I finally had a good qualifying again today – not perfect, but good,” said the Swiss following his third victory in total in his DTM career. “From third on the grid, I was immediately able to improve to second position. Marco (Wittmann) was pretty strong at the beginning. But I also had the feeling that I was faster than René. When he started to have his problem I took the lead and afterwards was able to easily control the pace. I feel sorry about René. I would have rather battled with him on the track. But, obviously, I’m happy to take home the 25 points. We’re back in contention. I can hardly wait for racing to continue tomorrow.” 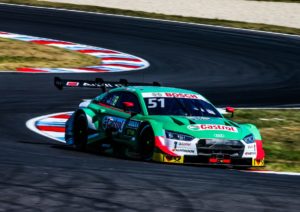 Müller, at the same time, continued his impressive string of finishes: The Swiss scored points in a DTM race for the 17th time in a row. His teammate, Robin Frijns, by claiming second place, caused the first one-two result of a team in the new turbo era of the DTM. The Dutchman pitted one lap before Marco Wittmann and managed to overtake the BMW driver after the latter’s pit stop. On clinching the one-two success, Team Audi Sport Abt Sportsline recaptured the lead in the teams’ championship. Thanks to Mike Rockenfeller the podium was firmly in Audi’s hands for the third time this season. The 2013 DTM Champion had fought back from seventh to third place and shortly before the end of the race was engaged in a fierce duel with Marco Wittmann, which he decided in his favor with an overtaking maneuver on the outside line of Turn 1. His teammate, Loïc Duval in sixth position scored points for Audi Sport Team Phoenix as well. Pietro Fittipaldi, in seventh position, scored further points for the Audi customer team WRT Team Audi Sport. By contrast, Audi Sport Team Rosberg that had started from the front row with both cars experienced a rather rainy day. Following René Rast’s retirement, Jamie Green lost a possible podium finish due to a drive-through penalty handed to him for an unsafe release at the pit stop.
“That we again finished in the top three with three cars is a fantastic achievement,” said Head of Audi Motorsport Dieter Gass. “Congratulations to Nico, who drove an impeccable race. Unfortunately, René was struck exactly by what I’ve always said: In the DTM this year, something can happen at any time and one should never feel too sure. He lost a possible 25 points today. Fortunately, all the other Audi drivers were there to prevent Marco Wittmann from benefiting from this to a greater extent. That was a strong team performance.” In spite of his retirement on Saturday, Rast lost only nine points to the best-placed BMW driver and before the 500th DTM race is still sitting in the top spot of the standings. In the DTM’s jubilee race on Sunday, Audi will be able to secure the manufacturers’ championship win early. After 13 rounds, the brand with the Four Rings has a 328-point advantage over BMW. An advantage of 304 points after Sunday’s race will be enough to produce an early title decision. Sunday’s race, as usual, will start at 1.30 PM. German channel SAT.1 will start to air live coverage in Germany at 1 PM (CEST) from the Lausitzring.