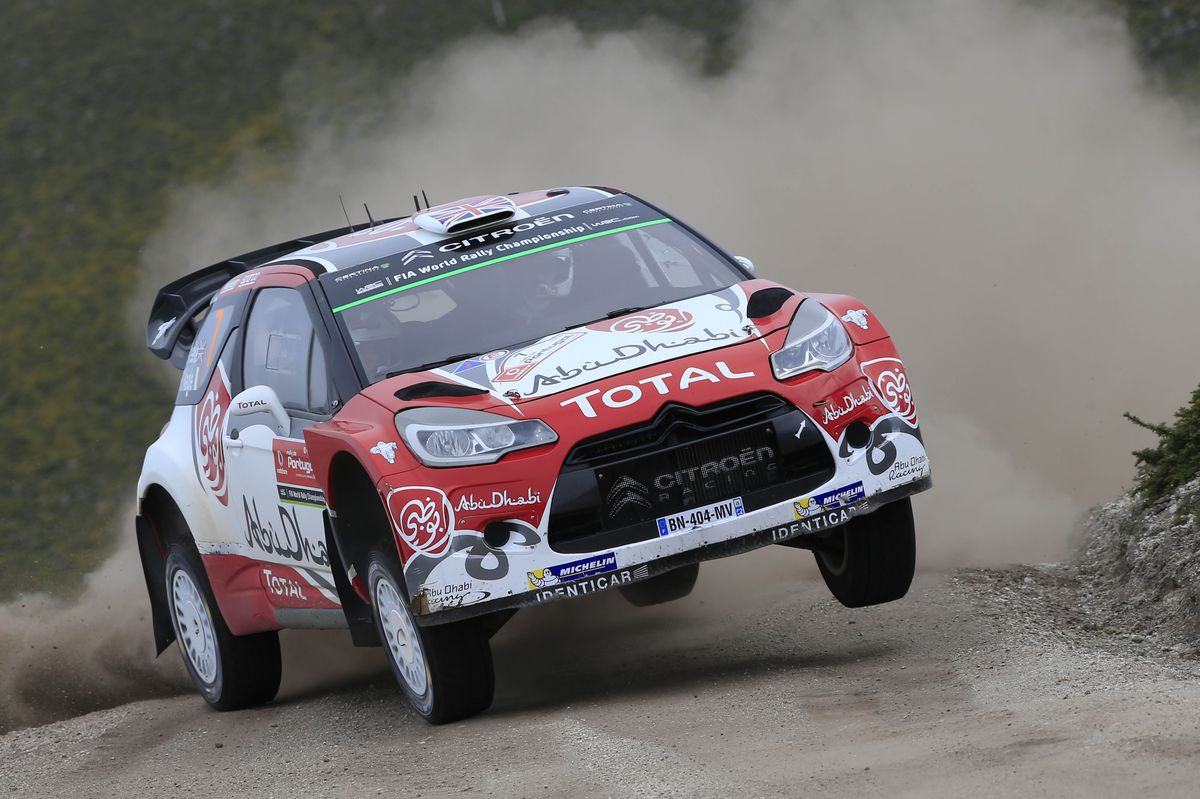 Winners of Rally de Portugal with Kris Meeke and Paul Nagle, the Abu Dhabi Total WRT returns to the WRC in Poland. Having taken it in turns to compete for the team since the start of the season, the young crews of Craig Breen/Scott Martin and Stéphane Lefebvre/Gabin Moreau will line up at the same event for the first time.

One of the most popular events of the season, Rally Poland is the Abu Dhabi Total World Rally Team’s fourth outing of the year, after Monte-Carlo, Sweden and Portugal. Sometimes described like “Rally Finland without the jumps”, the stages through the forests and plains of Warmia-Mazury are very quick. In 2015, the winner completed the event at an average speed of over 120kph!

For this rally, the Abu Dhabi Total World Rally Team is going for youth by entering two crews still looking for their first WRC podium finish. After competing at Monte-Carlo and Portugal, Stéphane Lefebvre and Gabin Moreau will team up with Craig Breen and Scott Martin in Sweden.

In order to prepare as effectively as possible for this round, both drivers took part in special physical training sessions at the start of the week. Meanwhile, the PH Sport engineers, who run the cars, used the data collected in 2014 and 2015 to define the right set-up for the specific features of the Polish course. On Monday, Stéphane and Craig will take part in a test day in their race cars. The information gathered during the test will help them to fine tune the set-up before the start of the event.

Rally Poland features a fairly classic itinerary, with two long legs on Friday and Saturday, followed by a short final day on Sunday. Given their positions in the World Championship standings, Stéphane Lefebvre and Craig Breen will start in eleventh and thirteenth positions respectively on the first two days. Depending on the road conditions, their place in the running order is just as likely to prove to be an advantage as a disadvantage!

Stéphane Lefebvre (#7): “I like Rally Poland and the type of fast stages you get here. A couple of years ago, I won this round in the FIA Junior WRC. And last year, I was fighting for the WRC2 lead when I had to retire due to a mechanical problem. This year, I think that I’ll need a bit of time to adjust to the conditions, given that I have never competed here in a World Rally Car. My aim will be to quickly get back to the same performance level that I had in Portugal. Depending on the weather, the dust and sweeping will be more or less significant. If it rains, the sandy roads will form ruts and it will become very difficult to race. I’m pleased to team up with Craig. Earlier in the season, Kris was a yardstick for me, and it was good to measure myself against him. This weekend, we’ll have to work together but I think that will help us to make progress from a technical point of view. Monday’s test session will be important, especially after spending the weekend competing on tarmac at Rallye d’Ypres!”

Craig Breen (#8): “It’s been a long break since Rally Sweden! I’ve kept myself busy, however, winning in the ERC at the Circuit of Ireland, and taking part in testing for the 2017 WRC. It was a fantastic opportunity to work with Citroën Racing’s development team. But I’m pleased to be back racing in a round of the WRC! I have only competed at Rally Poland once before, back in 2013 as part of the European Rally Championship. It rained throughout the weekend and many stages were cancelled, so I didn’t really get anything out of it. I don’t have a lot of experience in the car on gravel so I’ll need time to build up some confidence. The trees are so close to the road that the slightest error can be extremely costly! The circumstances are such that Stéphane and I are competing together for the first time. I hope we can work well together and we manage to bring home a good result for the Abu Dhabi Total World Rally Team.”

Thursday, 30 June: shakedown at Lubiewo from 8am, then ceremonial start in Mikolajki at 4pm. Parc ferme at 7.28pm following the opening 2.50km stage.

Friday, 1 July: start from Mikolajki at 6.30am. Finish in Mikolajki at 8.43pm following eight stages covering a total of 119.42km.

Saturday, 2 July: start from Mikolajki at 7.30am. Finish in Mikolajki at 8.23pm following eight stages covering a total of 124.58km.

Sunday, 3 July: start from Mikolajki at 7.35am. Overall finish in Mikolajki at 2pm following four stages covering a total of 59.60km.