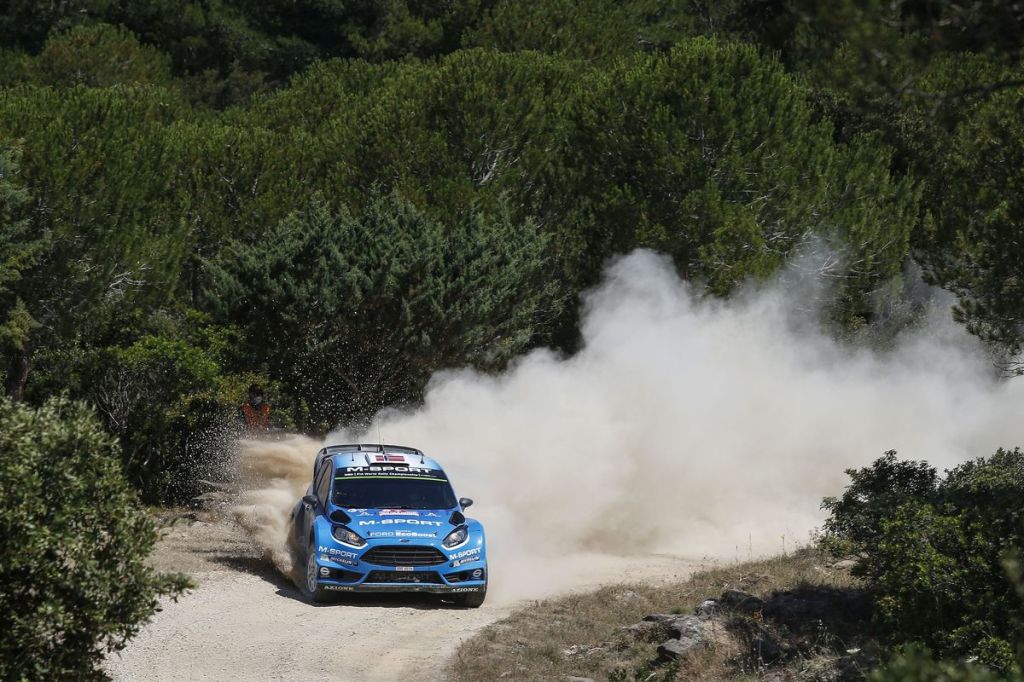 M-Sport World Rally Team have their sights firmly set on challenging for another FIA World Rally Championship podium this week as Mads Østberg and Éric Camilli take their Ecoboost-powered Ford Fiesta RS WRCs to the ultra-quick stages of Rally Poland. Based in the Masurian Lake District, the event is famed for its speed. As one of the fastest events on the calendar, average speeds exceed 120 kilometres per hour and the crews will need to be quick out of the blocks if they are to challenge for the top positions.

So as to be best prepared for the increase in pace, Østberg and Camilli both conducted a comprehensive pre-event test in the Orzysz and Pasym regions last week. Growing accustomed to the incredible speed on roads similar to those they’ll encounter later this week, the pairing also worked on optimising set-ups for the second pass where the soft nature of the Polish roads can often provide a stark contrast to the opening loop. But it’s not just the speed and variation that the crews will need to keep on top of. Much of the route is lined with high grasses that limit visibility and conceal obstacles on the approach to corners. Rein in your speed and you risk being left behind, but plough flat-out into the unknown and you risk bringing your rally to a premature end. A thorough reconnaissance and precise pacenotes are vital and the crews will need to be full of confidence from very first speed test.

Østberg certainly has confidence on his side. Feeling at one with his Fiesta RS WRC, the downshift worries which had hindered him at the start of the season are long gone and the Norwegian was setting stage-winning pace last time out in Sardinia. The Polish fixture hasn’t been kind to him in the past, but with his confidence high and co-driver Ola Fløene at his side, Østberg will be looking to put that right. Fløene certainly knows what it takes to conquer the Polish roads having finished on the podium at the previous two encounters.

In the sister M-Sport Fiesta RS WRC, Camilli and co-driver Benjamin Veillas will be discovering the Polish stages for the very first time. The pairing have shown impressive progress over the past three events, but they’ll be venturing into the unknown this week.Keen to discover the level required to contest these ultra-quick stages, the pairing will use the event to continue their development. Yet, as recent history has proven, the Frenchmen can never be discounted to spring a surprise or two and their pre-event test has seen them well placed ahead of the event.

Also returning to the world stage and pursuing the top WRC 2 positions is Elfyn Evans and co-driver Craig Parry – making a welcome return to the wheel of their M-Sport World Rally Team Ford Fiesta R5 Evo. Currently leading the WRC 2 standings, the pairing will be looking to strengthen their hold on the support series with another solid victory. It’s a busy time for the Welshmen as they contest three events in just three weeks, but their goals remain the same and Evans will be looking to set the pace through Poland’s incredibly fast stages.

QUOTE, END QUOTE Mads Østberg said: “After a string of relatively low-speed events, it’s easy to forget how fast the roads are in Poland – but we were quickly reminded of that during our pre-event test! The speed really is incredible and it is so much fun to drive. “The test went well and we can’t wait to get out on the stages. This event hasn’t been too kind to me in the past, but the speed has been there and we’re feeling confident and well prepared this year. The podium is always our aim, and we’ll be aiming to challenge for the top positions again this week. There’ll be a lot of strong competition and the stages aren’t without their obstacles, but we’re feeling good and ready to give it our all. If everything goes to plan, I see no reason why we can’t be setting stage-winning pace once again.” 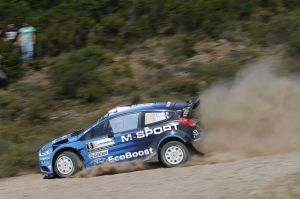 Éric Camilli said: “This will be my first time at Rally Poland. It won’t be an easy event, and there will be a lot to discover, but we’re really looking forward to the challenges ahead. We got a taste of what to expect during our pre-event test and the roads are fast, really fast! I think they suit my driving style, but we need to play the clever game this year and focus on gaining as much experience as possible for the future. Having never competed here before, it will be important for us to increase our knowledge and remain focused on the job in hand – which is to continue our development and strengthen our understanding of everything that is required to compete at this level. We’ll focus on our own rally, but if the feeling is there, we’ll certainly push on to see what’s possible.”

Elfyn Evans said: “It’s going to be a busy few weeks for myself and Craig, but we’re really looking forward to being back on the world stage. Portugal seems like a long time ago now, so we’re looking forward to Poland and the incredibly fast stages that this event has to offer. One thing is for certain, Poland is fast, and we’ll need to get up to speed straight out of the blocks. The goal is the same wherever we are, and we’ll be aiming to take three victories over these three weekends. The competition looks strong in Poland, but if everything goes to plan I see no reason why we can’t rack up our third WRC 2 win of the year – that’s certainly the target.”

Team Principal, Malcolm Wilson OBE, said: “Rally Poland is a highlight. The roads are incredibly fast and the crews get a real adrenaline boost from delivering the perfect stage. Not surprisingly, all of the M-Sport crews are really looking forward to this week’s event. One thing you need to do well here is confidence, and it seems as though Mads is full of that at the moment. He had a great time on the pre-event test and, after his stage-winning performance in Sardinia, he’s in a really positive mood. We’ll be hoping to see him and Ola challenge for the podium, and I see no reason why they can’t achieve that. Eric and Ben have shown some fantastic progression over the last couple of events, but this will be something totally different for them. Neither of them have any prior experience of Rally Poland, so they will use the weekend to get accustomed to the level that is required to conquer these fast stages. That said, Éric’s precise driving style is perfectly suited to these kinds of roads so I wouldn’t be surprised if we saw him spring another surprise or two! Elfyn is also making a return to the WRC 2 championship this week. It’s a busy few weeks for him and Craig as they contest three events in three weeks, but as always, their goal will be to secure the victory – something they and the Fiesta R5 Evo are certainly capable of.”