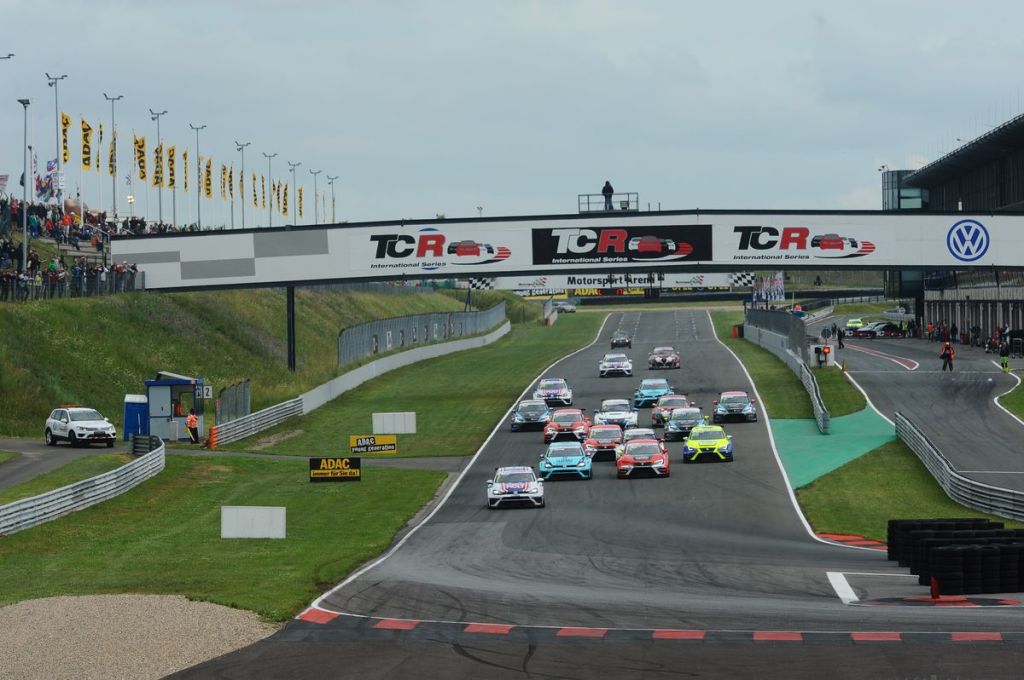 The TCR International Series returns to the Sochi Autodrom that hosted the series last year in its maiden season.

This state-of-the-art racetrack, designed by Hermann Tilke, is sandwiched in amongst the stunning Olympic Park facilities; it was inaugurated in 2014 and has hosted the Formula One Russian Grand Prix each year since then.

The upcoming weekend will be packed with action, as the SMP Russian Circuit Racing Series shares the bill with the TCR International Series. The local races will include Touring (TCR Russia)/Super Production, Touring Light, National and CN Sport Prototype.

The TCR International Series will hit the track on Saturday, with two 30-minute Practice sessions and Qualifying, split into Q1 (20 minutes) and Q2 (10 minutes, for the twelve fastest in Q1).

A ten-minute shakedown will take place on Sunday morning, followed by the two back-to-back races in the early afternoon.

B3 Racing Team cars to be laden by Success Ballast

B3 Racing Team’s Dušan Borković and Mat’o Homola will have the dubious honour of carrying the heaviest amounts of success ballast for the forthcoming event of the TCR International Series at the Sochi Autodrom.

The pole position and two second places in the races at Oschersleben last week granted Borković a score of 41 points and therefore his SEAT León car will be laden by the 30 extra kilos of the maximum success ballast.

Borković’s harvest only exceeded by two points that of h is teammate Homola’s, who won Race 1 in Germany to claim his maiden TCR victory. The young Slovak will have 20 kilos of success ballast imposed in Sochi.

James Nash of Craft-Bamboo Lukoil scored 33 points at Oschersleben, thanks to being third in qualifying and both races. He will carry 10 kilos of ballast, ten less than he had in Germany. The Briton is currently second in the Drivers’ Championship, on equal points with the leader, his teammate Pepe Oriola.

With these success ballast figures added to the BoP, the running weights of the three SEAT cars will be: 1345 kg for Borković ’s, 1335 kg for Homola’s and 1325 kg for Nash’s.

Craft-Bamboo Lukoil teammates to fight for the lead

Lukoil, Craft-Bamboo’s Russian sponsor couldn’t hope for a better situation on the eve of the TCR race meeting in its own country, as two of its drivers – Pepe Oriola and James Nash – are joint on equal points on top of the Drivers’ Championship.

While the Spaniard and the Briton will fight in Sochi to take a clear lead, five other drivers are eager to defend their chances of staying in the title fight and possibly to reduce their gaps from the leading duo.

B3 Racing Team’s Mat’o Homola is currently third, only four points behind Oriola and Nash; the 2015 champion Stefano Comini (Leopard Racing) lies fourth a further 13 points adrift, while the positions between fifth and seventh are filled by Jean-Karl Vernay (Leopard Racing), Gianni Morbidelli (WestCoast Racing) and Sergey Afanasyev (Craft-Bamboo Lukoil) with gaps of 30, 31 and 34 points respectively .

Russian drivers searching for glory in their home event

Sergey Afanasyev and Mikhail Grachev, the two Russian representatives in the TCR International Series, are very much looking forward to their home country event at Sochi, as they both have great expectations and serious chances to be successful.

Afanasyev (Craft-Bamboo Lukoil SEAT León) is still well-placed in the Drivers’ Championship: seventh, 34 points behind the leading duo of his own teammates Oriola and Nash. Since last year the 28-year old Muscovite has emerged as one of the series’ fastest drivers, with a few visits to the TCR podium – the latest being a second place at the Salzburgring – and pole position in the season opener at Bahrain. Now he’s chasing his first victory.

“Sochi is a place for having fantastic vacations, but is also a good place for racing. Sochi Autodrom is a great racetrack, perfect for Touring Car competitions, with a lot of places for overtaking. We are all ready for this weekend that is a great opportunity for us, with plenty of goals to aim for: podiums and good points. I have never scored one TCR win and this is the right time to go for it!” Afanasyev declared.

As for Grachev (also 28 years old, but from the Siberian city of Omsk), he has already won two races (at Imola and Salzburgring) since he switched to the WestCoast Racing Honda Civic. And he has good memories of Sochi, where he won the very first race that inaugurated the track in 2014, held shortly before the F1 Grand Prix, and claimed his first TCR podium in 2015 (third in Race 2).

“My target for Sochi is definitely to continue being competitive and fighting for the top positions. I wish to grab as much points as possible, for myself but also for WestCoast Racing, because after the weekend in Oschersleben we have lost ground in both the Drivers’ and Team’s championships. And of course, I would be very happy to step onto the podium again,” said Grachev.

TCR Russia shares the bill with the International Series

Two weeks after sharing the bill with the ADAC TCR Germany at Motorsport Arena Oschersleben, the TCR International Series is alongside another sister series at Sochi, where the race weekend also features TCR Russia, the Touring class of the SMP Russian Circuit Racing Series.

In 2015 – the zero year for TCR – SMP bravely made TCR cars eligible for the Touring class and LUKOIL Racing took up the challenge, running three SEAT cars that dominated the championship. The bet has paid off and in the current season the number of TCR cars has already tripled, although the field is still formed by SEAT León cars only and the grid is completed by a bunch of Super Production machines.

After the first three events that took place at Smolensk, Nizhniy Novgorod and Grozny, TAIF Motorsport’s Dmitry Bragin and Lukoil Racing’s reigning champion Aleksey Dudukalo are joint with 584 points on top of the standings, though Bragin has already claimed four race victories against Dudukalo’s two.