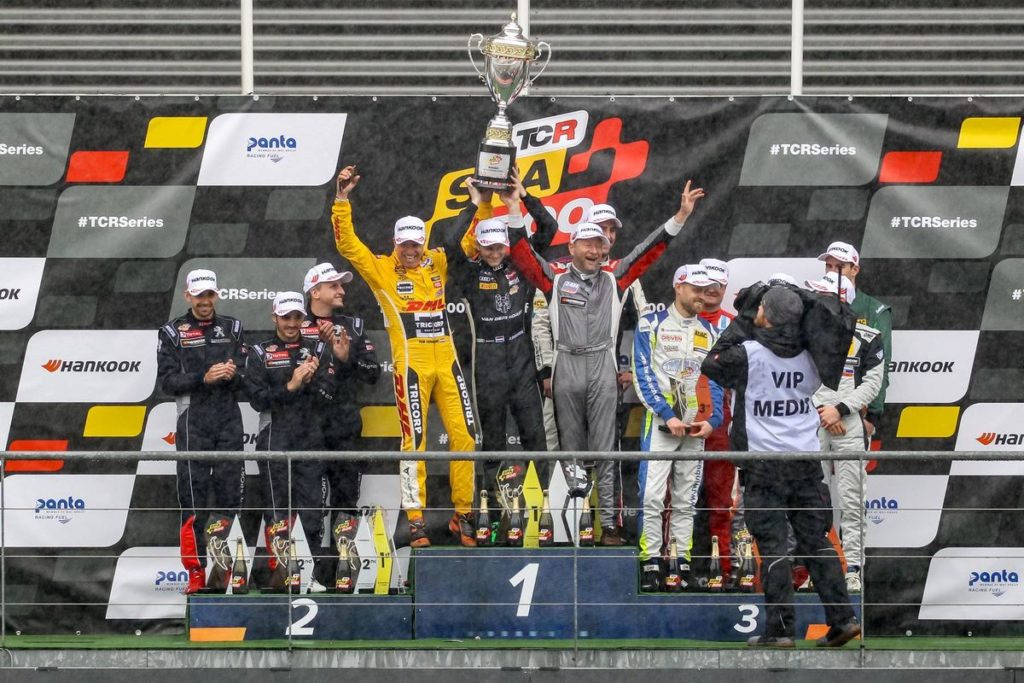 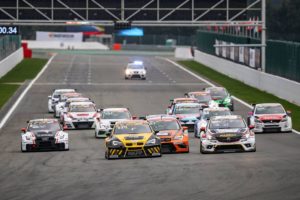 Pepe Oriola took the chequered flag after completing 23 hours and 454 laps around the 7.004km Circuit de Spa-Francorchamps. The team enjoyed a faultless run, compounded only by a heavy rainstorm on Sunday morning, and a dramatic moment when team boss Ivo Breukers attempted a reset of the CUPRA’s traction control on-track, briefly losing all gears!

“It’s nice to have zero problems in a 23-hour race!” Tom Coronel joked with radiolemans.com’s Diana Binks. “Everything went well, the car had no problems, the drivers made no mistakes and the crew did a great job. This is how you win long-distance races!”

“It was an amazing race,” a jubilant Rik Breukers continued. “I think we did a perfect job, and honestly, I can’t think of anything we could have done better. I’m so proud of everyone!”

The result marks the second consecutive endurance win for Red Camel-Jordans.nl at Spa-Francorchamps, following the team’s TCE win earlier this year at the 12H Spa. 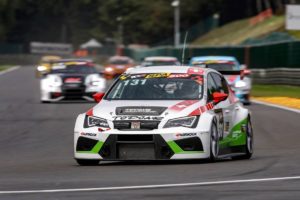 After a strong run on its Creventic debut, the DG Sport Compétition Peugeot 308 TCR (#308, Aurélien Comte / Teddy Clairet / Julien Briché) finished an impressive 2nd overall ahead of the TOPCAR sport by Bas Koeten Racing CUPRA TCR DSG (#131, Fabian Danz / Julien Apotheloz / Kari-Pekka Laaksonen / Antti Buri / Mikel Azcona). The latter lost 30 minutes in the pits to a broken fuel pump during the night, but put to bed a difficult event for Bas Koeten Racing, which was forced to retire two other cars after race-ending accidents.

The Burton Racing Peugeot 308 TCR (#46, Pierre-Yves Corthals / Caren Burton / Armand Fumal / Olivier Meurens / Philippe Steveny) secured the AM class win on its endurance racing debut. The Peugeot did so with a 6th place finish overall and despite suffering turbocharger issues moments before the race was due to begin.

Heading into the final 15 minutes of the race, 7th place had looked set to go to the Lestrup Racing Team Volkswagen Golf GTi TCR (#110, Peter Fahlström / Stefan Nilsson / Mats Olsson / Marcus Fluch). Unfortunately, in the treacherous conditions, the Swedish entry ended up in the gravel trap at Campus, and subsequently dropped to 8th place in the closing moments.

Behind them, the Bas Koeten Racing Audi RS3 LMS (#125, Alex Au / Eric Lo / Eric Kwong / Kevin Wing Kin Tse) has been awarded 3rd in the AM class and 10th overall, despite retiring from the event after a heavy collision at Blanchimont.

Dates for next year’s TCR Spa 500 have already been confirmed, and the 500-lap / 23-hour endurance epic will pull double duty alongside the 12H Spa on 1-2-3 May 2020 at the Circuit de Spa-Francorchamps. Further information can be found at www.24hseries.com and www.tcrSpa500.com.