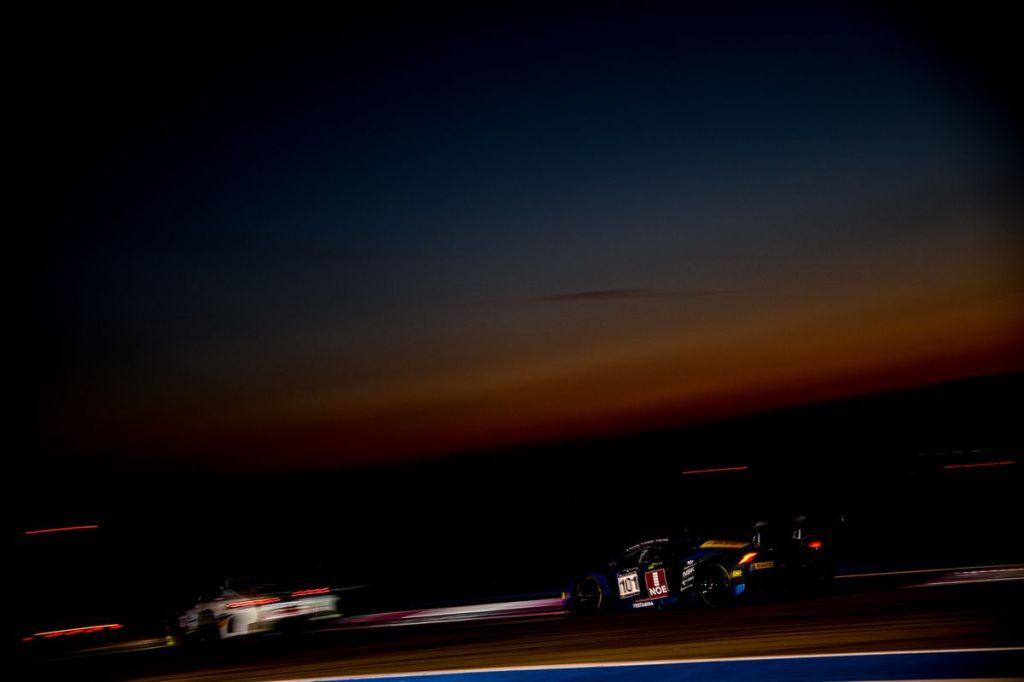 Attempto Racing claimed its third points finish of this season’s Blancpain GT Series at the six-hour race in Le Castellet. Switzerland’s Patric Niederhauser (24) and Italians Fabio Babini (46) and Daniel Zampieri (25) finished an excellent tenth for the team from Hannover in the Endurance Cup race. As the race at the former Formula One circuit in the south of France ran into the night, the trio in the number 101 Lamborghini Huracán GT3 worked its way through the field, which consisted of just short of 60 cars. Zampieri and Niederhauser had also come home tenth in the sprint race at the season-opener in Misano at the start of April, and in Silverstone a few weeks later.

The trio started the race, which ran from 18:00 on Saturday evening until midnight, from 25th on the grid. However, they soon set about working their way to the front of the field, gaining ten places in the first hour. That put them 15th, directly behind the second Attempto car, the number 100, in which Dutchman Max van Splunteren (20) was supported by his father Paul van Splunteren (59) for the first time this year, as well as their compatriot Jeroen Mul (26). While the number 100 Lamborghini Huracán GT3 then lost a little ground, the number 101 first established itself just outside the top ten, before ultimately crossing the finish line in tenth place. The Dutch trio in the number 100 car produced a strong finish to the race to come home 16th and complete a fine result for the team.

For Jürgen Häring (49, Germany), on the other hand, the race came to a premature and spectacular end. 22 laps into the race, the engine compartment of the number 77 Porsche 911 GT3 R, sporting a new livery, suddenly caught fire. Häring managed to quickly steer the car away from the racing line and pull over in a run-off zone, where the fire in the rear of the Porsche was extinguished. The car suffered serious fire damage and was towed back to the paddock, meaning Häring’s two French team-mates Clément Mateu and Nicolas Armindo did not take any further part in the race.

The next round of the Blancpain GT Series takes place this weekend. The series will share the bill with the Truck Grand Prix on 3rd July at the first of two home outings at the Nürburgring.

As well as the six-hour race in the Blancpain GT Series, Attempto Racing also fielded three Lamborghini Huracán LP 620-2 cars in two Lamborghini Super Trofeo races in Le Castellet. Jürgen Krebs in the number 40 car was the best-placed Attempto driver in race one on Saturday, finishing 24th. Team principal Arkin Aka shared the driving duties with Mike Hansch in the number 30 car and finished 29th. The father/son duo of Dirg and Dimitri Parhofer came home 37th in the number 50 car. Sunday’s second race was over before it even started for Arkin Aka and Mike Hansch, due to a technical problem. Jürgen Krebs finished 27th this time, with Dirg and Dimitri Parhofer 33rd. The next races in the Lamborghini Super Trofeo take place as part of the support programme for the 24-hour race in Spa (28th to 31st July).