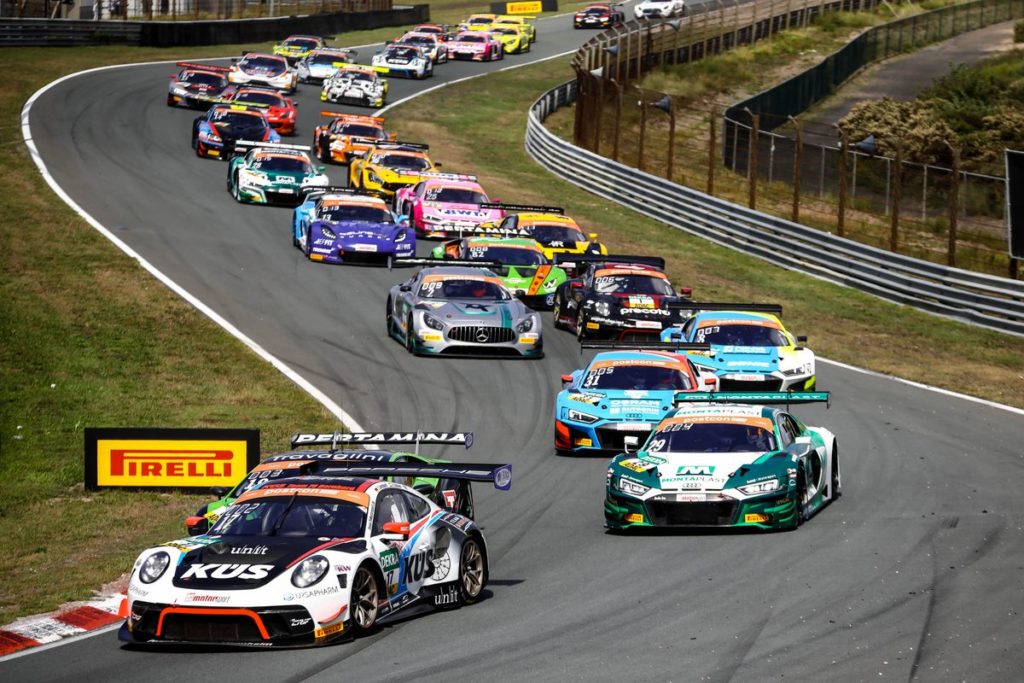 Swiss driver Simona De Silvestro (31) is considered to be one of the world’s best female racing drivers. She has already raced in the Indy 500 and had a taste of Formula 1. She is set to compete in the ADAC GT Masters for the first time this year and intends to put her stamp on the Super Sports Car League, driving the Porsche 911 GT3 R prepared by KÜS Team75 Bernhard. The Porsche works driver in profile:

Competing in the Indianapolis 500, the Bathurst 1,000 in Australia and posting laps in a Formula 1 car, these are all things that most racing drivers can only dream of but are just some of the highlights from Simona De Silvestro’s career to date. After spending several years in the USA and Australia, she is now returning to Europe and will go GT3 racing in the ADAC GT Masters. But just how has this come about? De Silvestro: « I signed a contract with Porsche at the end of 2019 and joined their Formula E project as a test and development driver. However, I still thought it important to have an opportunity to go racing, and, since the ADAC GT Masters is a very attractive series and there was a cockpit free with Timo Bernhard’s outfit, the whole thing sort of just happened of its own accord. I’m mega happy that everything has now been finalised and I’ll be lining up with them. I’ve spoken to a lot of other drivers about the series and they all say it’s the toughest, most amazing GT series around. Also, to all intents and purposes, I’ve raced mainly overseas during the past twelve years, so doing battle in Europe again should be fun. I’m really looking forward to it. »

De Silvestro made the move into the big wide world of motor racing at an early stage in her career. « I was a real fan of motor racing even when still very young, » she told us. « My father owns a car dealership (Alfa Romeo) and always used to watch Formula 1. I too soon became interested. When I was six, my dad put on a display of karts. Afterwards, I kept nagging him about having my own kart. I finally spent ten years in karting, and, following my first season in formula racing, ended up in the USA in 2006 after finding an American sponsor. »

IndyCar teams soon become aware of the speedy Swiss driver’s exploits following victories and podium finishes in Formula BMW and Formula Atlantic. She then also excelled at IndyCar racing, becoming Indy 500 Rookie of the Year at the season highlight in 2010, having secured quite a few finishes in the Top Five. She is one of only three women in series history to have made a podium appearance for second place in 2013 in Houston. Her success finally attracted the attentions of Swiss Formula 1 team Sauber, who signed her as a test driver for 2014. While she did get to post laps in their grand prix car, the project ultimately never came to fruition due to budgetary constraints. « That was real tough on me, » said De Silvestro. « Because Formula 1 is where everyone wants to be at. » De Silvestro then returned briefly to the IndyCar series before being offered several starts in Formula E during 2015 and 2016. A new chapter in her career subsequently opened up when Australia became her destination with the Aussie V8 Supercars Championship, the most popular racing series down under. She contested the series from 2017 to 2019, becoming the first woman to have a regular cockpit in more than four decades. 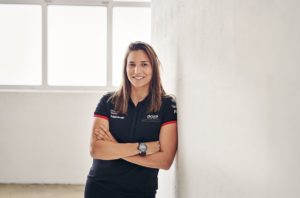 « Looking back for a moment, I can see that I’ve already had quite a few really fantastic experiences in motor racing. I enjoyed my five starts in Indianapolis and Bathurst immensely, » she said. « I consider myself extremely lucky to have had the chance to take part in these races and experience other cultures. So many amazing things happen in motor racing, and you never know just where it’s going to take you. »

A season in the ADAC GT Masters now beckons, during which De Silvestro will share a Porsche with veteran campaigner, Klaus Bachler (28, AUT), driving for the team managed by two-time endurance racing world champion, Timo Bernhard. « A lot of new things are in store for me, » as she freely admitted. « It will definitely be a challenge. I only know the series from TV. The car and the Pirelli tyres will be new to me, and, apart from Hockenheim and Zandvoort, the circuits will also be unfamiliar. » Her GT3 racing experience so far can be counted on the fingers of one hand after driving an Acura in the 24 Hours of Daytona in 2018. « Of course, the cars and the tyres in use then were very different to the ones we have now, » said De Silvestro. « But while competing, I got used to having ABS in a race car, which is something I’d never previously come across before. It’s good to have had some experience of it, as I now know what to look out for and will not be starting from scratch. It will soon be time for the first round of testing with KÜS Team75 Bernhard. I’m very excited. It’s going to be a whole lot of fun, for sure! »

She will also have the backing of her Team Principal and his outfit as she learns on the job: « I’ve got a great team to support me, and Timo will make the ideal teacher. The people around me are all very knowledgeable and experienced. I already know Klaus Bachler and get on well with him. I’m in good hands. »

She can hardly wait to get the season started in Oschersleben towards the end of April: « It will definitely be a highlight of the year. You can, of course, make all the preparations you like, but until things finally get started, you can never know where you actually stand and what’s still left to do to improve. »

De Silvestro remains tight-lipped about her goals this season: « Yes, I’ll be under pressure, because obviously, Porsche will be looking to see how I’m doing, but at the moment, it’s difficult to say what might be possible in terms of results. We’ve not even done any testing so far, and I don’t yet know what the opposition is like either. We will definitely know more after the initial round of testing. Of course, I want to achieve the best possible result every race weekend. We’ve got a great package with the car plus Klaus and myself as team-mates and have a decent chance of being top contenders if we do everything right. »