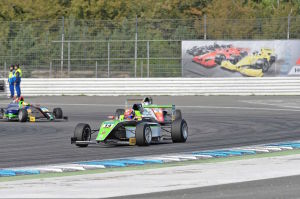 Moritz Müller-Crepon finished his first season in ADAC Formula 4. He even scored his first point at the season final in Hockenheim. The young racing driver now shares his experience with Sport-Auto.ch.
.
How did you get to ADAC Formula 4?

Moritz Müller-Crepon: „We had two options: it was between Formula Renault and Formula 4. But if you plan to do something in the German-speaking area, ADAC Formula 4 is definitely the place to be.“

In your opinion why is Formula 4 the place to be?

MMC: „The great characteristics that Formula 4 has is the big grid, as well as a high level of racing.“

MMC: „I have learnt a lot in my first season in ADAC Formula 4. Honestly, I can’t say that I’m really proud of the results this year, as they were never really there.“

What was your biggest achievement on track? 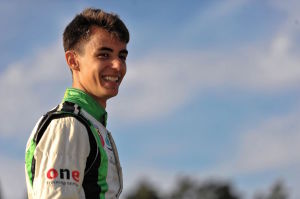 Moritz Müller-Crepon[/caption] What was your personal highlight off track?

MMC: „Off track, it would have to be receiving my new race helmet.“

As we already heard you also drove in Italian Formula 4 this year. In your case it meant you had several back-to-back races. Did this mean additional pressure for you?

MMC: „Not really, as there was no additional pressure for me. I’ve been thankful for every chance to get more experience, trying to learn from what happened in each race. I have learnt a lot in my first season, but learnt even more out on track.“

During the season you said that qualifying was one of your problems. Were you able to work on this one?

MMC: „I had the feeling that I made improvements in qualifying, especially towards the end of the season. But there is always room for improvement.“

What are you doing during winter break?

MMC: „For me as a driver the „winter break“ is not really time off. It’s not like I am doing nothing at all. Training is a big part of my schedule, but also testing. As a driver, I definitely feel that I need as much time out on track as possible.“

MMC: „I’m looking to push myself further, as my aim to have regular top ten results.“