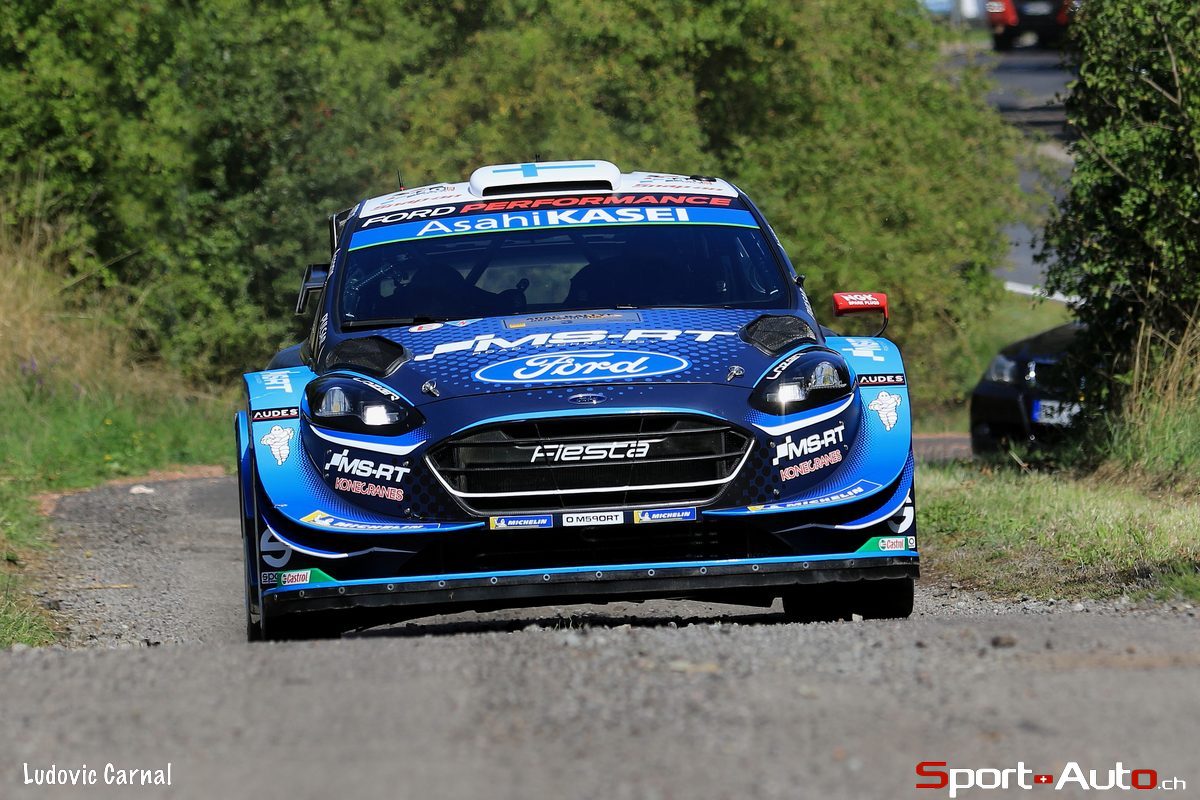 Making their asphalt debut behind the wheel of the EcoBoost-powered Ford Fiesta WRC at this weekend’s ADAC Rallye Deutschland, Gus Greensmith and Elliott Edmondson are improving with every kilometre.

Getting into the groove, the young Brits got closer to the leading times and were soon on the pace of some of their vastly more experienced rivals. Setting the joint-fifth fastest time through the final stage of the day (SS7), the pairing will be keen to see their progress continue as the action resumes tomorrow.

Elsewhere, there was misfortune for Teemu Suninen and Jarmo Lehtinen whose rally came to an end before it had even begun – an electrical issue bringing their Fiesta to a standstill on the opening stage of the day (SS2).

With their Fiesta fully repaired by the M-Sport technicians, the Finns will be back out tomorrow –eager to show what they can do on the sealed-surface stages.

Team Principal, Richard Millener, said: « Gus and Elliott have had a really strong day and it’s great to see their times improving. The more experience they get with the Fiesta WRC, the better they will get and we’re seeing that this weekend. This is their first time at this level on Tarmac, and we’re already seeing some really impressive times from them! As for Teemu, this wasn’t the start any of us wanted. After such a strong test we were all looking forward to seeing what he could do – so it’s especially frustrating. But these things happen and he just needs to go out there and show what we can do tomorrow. »

Gus Greensmith (8th) said: « It’s been a really good day for us and the speed of this car on Tarmac is just awesome! The pace wasn’t great in the morning but that was to be expected and the plan was always to build into it. That’s what we did and we reduced the gap to the leaders by quite a big margin over the afternoon loop. To be just a few tenths of a kilometre off Ott [Tänak] on my first day in a world rally car on Tarmac is pretty good; but we’ve still got a lot to improve and that’s what we’ll work on tomorrow. »

Teemu Suninen (DNF / Restart tomorrow) said: « The first kilometres felt really good, but that’s as far as we got – picking up an electrical issue and having to stop. We found the problem, but didn’t have the parts to fix it in the stage and had to retire. The car is now fully repaired, and I’m looking forward to getting back out there and showing what we can do tomorrow. » OVERALL CLASSIFICATION