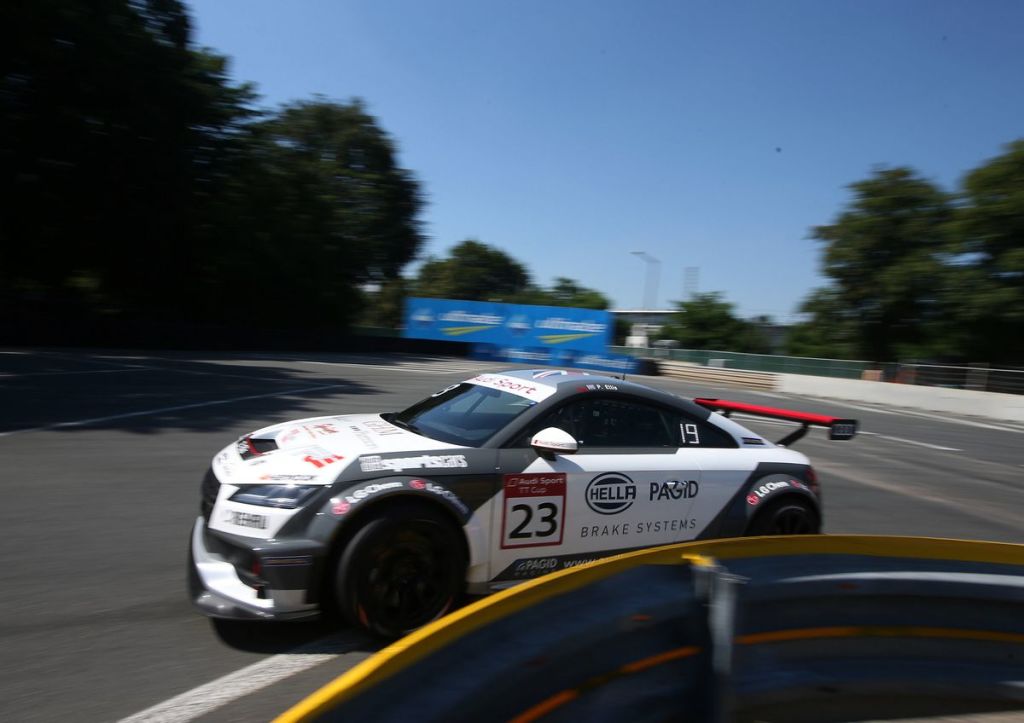 Philip Ellis,Audi Sport TT Cup,2016,NorisringRound 5 and 6 of the Audi Sport TT Cup took place again as a feeder series to the German Touring Car Masters (DTM). The Norisring in Nürnberg is also known as “The Monaco of the DTM”, therefore the ambiance and the crowds are amazing. Philip Ellis enjoyed his two races too, but they could have gone far better. “I was fifth in practice and therefore was looking forward to the qualifying with high expectations”, declared the 23 year old Swiss from Zug of British and German origin. “Two minutes until the end of qualifying I was P4 on, but I got stuck in traffic on my last attempts and dropped down to P10. That was not what I wanted.”

The shortest circuit in the calendar with two hairpins and the long straights is well known for the amount of fights and crashes. Philip Ellis was able to stay out of trouble in the first heat and was able to finish in a good fifth position. In the second race he got caught up in small incidents which prevented him from pushing forward to fourth or even third instead of seventh position. “We were on pace and I could’ve gone for more, that’s why I am not happy with my results. Some guys don’t seem to know what it means to fight in a decent way. Atleast I scored twice and was able to climb to sixth in the championship. I hope to get my first podium in the second half of the season after I have been close to it at Nürburgring already. The next race will be at Zandvoort in mid July which will be a new track for everybody in the Audi Sport TT Cup. Therefore I won’t have any disadvantages as a rookie.”