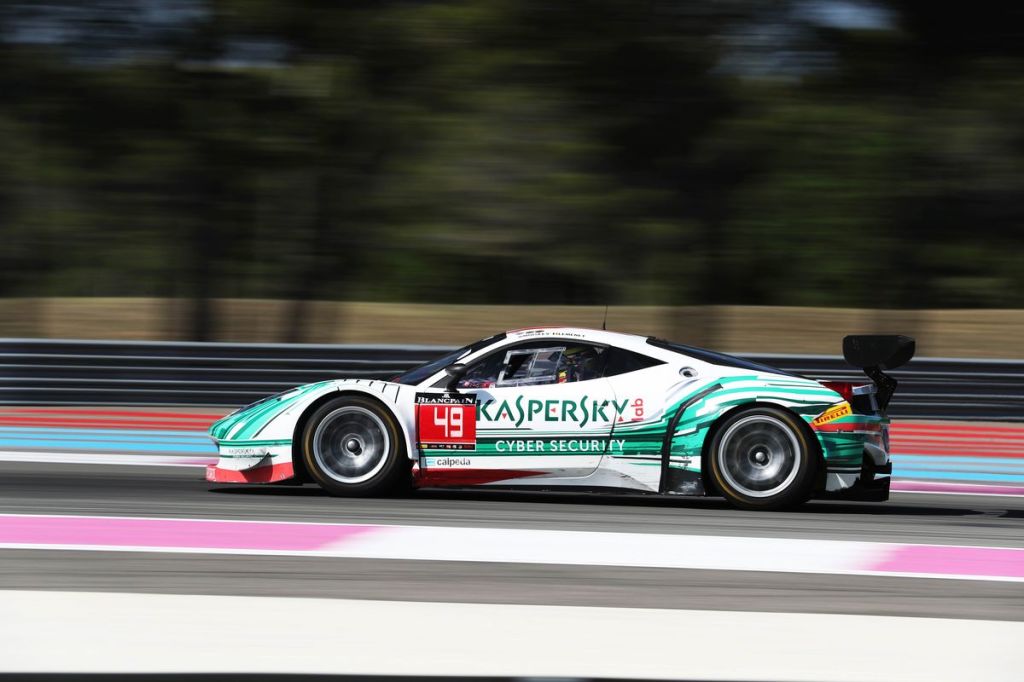 Racing in the third round of the Blancpain GT Series Endurance Cup, the Paul Ricard 1000 kilometres, Ferrari 458 failed to make it to the chequered flag, stopping on track while leading the AM Cup category. With regular Kaspersky Motorsport driver Alex Moiseev, this time teamed up with the very experienced and talented Belgian driver, Stephane Lemeret, there were high hopes of a podium finish, in the race that started at 18h00 CET before running for six hours.

In qualifying the Kaspersky Motorsport team were sixth fastest of the AM Cup competitors and then Alex drove the first stint and was soon leading the battle for AM Cup honours, running in the top twenty. Stéphane took over for his first stint after just under an hour, but he spent most of the time unable to do much other than maintain position, because of an extended Full Course Yellow, while the track barriers had to be repaired after an earlier accident. But it was still looking good for Kaspersky Motorsport when Alex took over behind the wheel for the third hour. The car was still heading the AM Cup runners when Stéphane was back behind the wheel for what should have been a double stint. Then, after 120 laps the car simply stopped, the fault was later traced to the engine – and that was race over.

Alex Moiseev, a Kaspersky Motorsport team driver and Managing Director of Kaspersky Lab Europe, said: “It was a difficult race for our team and I have mixed feelings, because as a team we didn’t achieve the results we’d hoped for. However, it’s clear that we have made a step forward in terms of our level of performance. Let’s see how much we can improve for Spa-Francorchamps. I am sure it will be a big step forward and put us back in the fight at the front. I would like to thank the whole team for their efforts and I’m sure we will come back stronger for the next event, the 24 h race in Spa, which should be the highlight of our season.”

Stephane Lemeret, Kaspersky Motorsport driver: “It wasn’t the best day for us. But, looking at the weekend as a whole, the team did a really good job from practice right the way through to the race and we were very well-prepared. Alex did a brilliant job! We discovered a lot about the direction we want to go with the car and I think we can build on this and be even more competitive next time”.