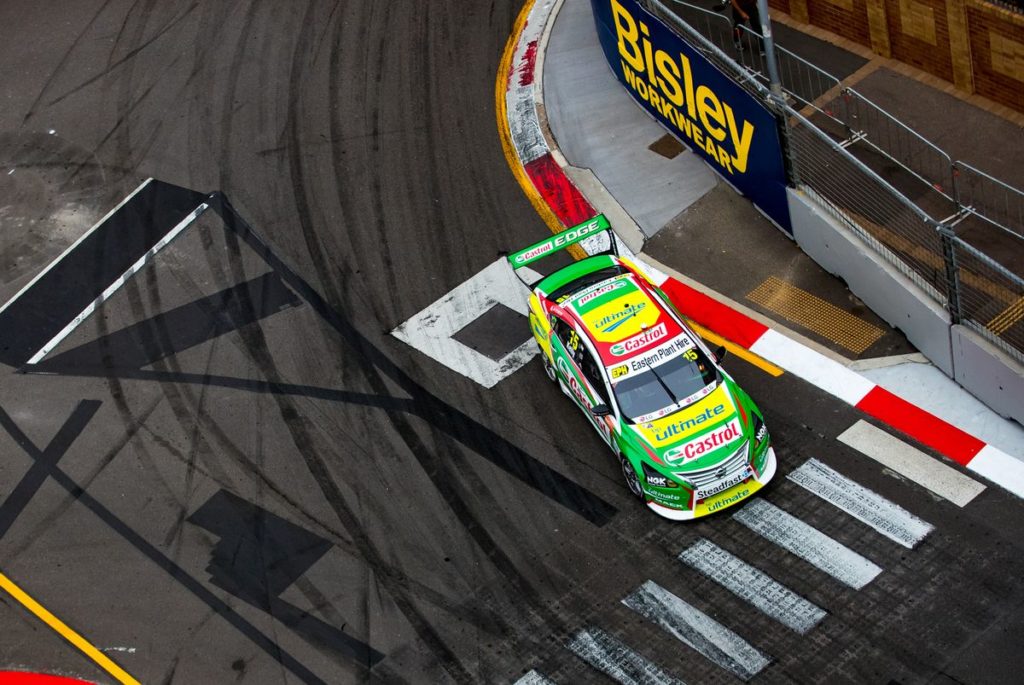 Rick Kelly just missed out on the top ten shootout in qualifying today by a couple of hundredths of a second and started today’s race from twelfth on the grid. He got a great start in the Castrol car and managed to close in on the top ten in the opening lap, however the car just didn’t have the performance to push further up the field. He eventually finished thirteenth.

Simona De Silvestro left the track tonight feeling frustrated that the result from today’s race didn’t reflect the package she had and the hard work put in by the whole team to turn the car around from its poor performance in practice yesterday. Unfortunately the three stop strategy – chosen because high tyre degradation was expected – didn’t pay off in the end.

Garry Jacobson got caught up in an early melee at the back of the field as an innocent bystander. The front of the car was badly damaged by the contact caused when Le Brocq and Jones spun in front of him and Garry lost time both on track due to the performance decrease and in the pit stop when the team repaired the car. Fortunately he was able to make up four spots between his first stop and finishing the race.

All four Kelly Racing Nissan Altimas are ready for their Supercars swansong tomorrow as they hit the track in Newcastle for the final race of the 2019 Virgin Australia Supercars Championship season. It will also be Garry and Simona’s final race day with the team as full time drivers.

QUOTES Rick Kelly, Castrol Racing #15 : « Yeah it was a bit of a bummer today, we got a good start to the race and made up one spot there running in eleventh, we were hoping to grab a top ten there but we just didn’t quite have the pace. We felt early on that the tyre went away from us, particularly in the rear so we just need to tune it up a little bit for tomorrow and I think that’s something that we can get on top of reasonably easy. » You get a really good feel for what the car is doing over 95 laps, we tried a few different lines, a few different driving styles, changed the anti-roll bars a fair bit to understand what we need to do to unlock that pace for tomorrow. We’ll just try and sneak ourselves into the shootout for the last time with the Nissan and go from there. » 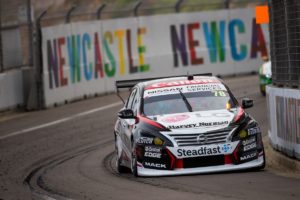 Simona De Silvestro, Team Harvey Norman #78 : « Unfortunately today just didn’t go our way at all, we struggled with the car in qualifying and started further back than we would have liked but I actually got a pretty good start and picked up quite a few places before we pitted quite early to go with the undercut. » We were expecting the tyre degradation to be quite bad, which it was during the first few laps. So we committed to doing a three stop strategy based on the fact the tyre life wasn’t great but later in the race the tyre life was ok and we could have gotten away with two stops like a lot of the field but we already committed to doing three with how the fuel was spread out. It just didn’t go our way but we’ll see what happens tomorrow. »

Garry Jacobson, Rabble.club Racing #3 : « We managed to recover the car back from 24th after the first stop to 20th, so even though we had damage we were still able to go forward. I don’t think we were particularly quick over a lap but our tyre life was a bit better than what we thought it would be. » As for the incident that caused the damage to the front of the car, the two cars in front had a moment and I was an innocent bystander to it and managed to collect one of them on my way through as I was already committed to the corner and my line. It was just an unfortunate racing incident » Most of that sort of stuff comes from not qualifying further up the field so we’re just going to have to work hard over night to sort the car out, we’re just really lacking rear grip here and we’ve already thrown a lot at it to try and fix the problem but it’s just not happening for us. I’m looking forward to tomorrow, hopefully we can get it sorted and finish the year on a good note. »

Andre Heimgartner, Plus Fitness Racing #7 : « It’s just been one of those days where things didn’t go our way, unfortunately the car was pretty hard to drive with its setup and wasn’t where it needed to be which is frustrating because it’s been a strong point of our car for most of the season. The last half of this season it’s generally been pretty good in the races but in that one we just had nothing. » It’s pretty disappointing way to end the day but we’ll try something different for tomorrow and see if we can be a bit more competitive. »