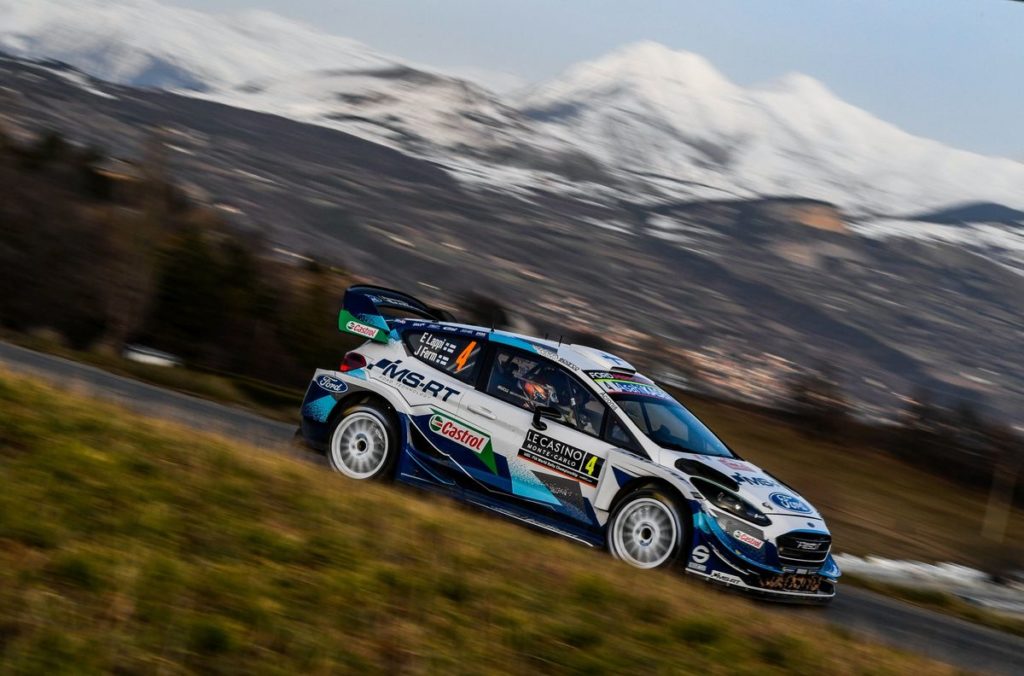 M-Sport Ford World Rally Team’s fleet of EcoBoost-powered Ford Fiestas will end the 2020 FIA World Rally Championship in style this week as the team journey to the famous Autodromo Nazionale Monza for a thrilling final round – ACI Rally Monza.

New to the championship calendar, the event takes in a number of stages around the historic circuit as well as a day in the mountains north of Bergamo. Lowered and stiffened the Fiestas have been transformed into their aggressive asphalt guise, with three Ford Fiesta WRCs for Esapekka Lappi, Teemu Suninen and Gus Greensmith, and a Ford Fiesta Rally2 for Adrien Fourmaux.

Determined to close the year with a positive result, the Cumbrian squad has proven form at the Monza-based event and will be looking to put past experience to good use. Winning the event nine times – seven with Valentino Rossi (2006–2007, 2012, 2015–2018), once with Rinaldo Capello (2008) and once with Robert Kubica (2014) – the team are geared up for the fight and ready to take to one of motorsport’s most iconic venues.

Team Principal, Richard Millener, said: “It’s been a tough year and we all wanted to see another rally to end the season in style – and that’s exactly what we’re getting with ACI Rally Monza. Full credit to the FIA, WRC Promotor, and ACI organisers for ensuring this event goes ahead. Speaking as Team Principal, we plan to finish the year fighting at an event the team knows well, and speaking as a rally fan, we’re in for another fantastic fight for the championship which I can’t wait to see! Our WRC crews haven’t had a lot of seat time this year and Esapekka and Teemu haven’t driven the Fiesta on asphalt since Rallye Monte-Carlo at the start of the year. But we know the car is competitive on Tarmac and they both have a history of circuit racing which should help them hit the ground running. Gus has also had a day at Goodwood to get back into the swing of things, and I hope all three of them are able to close the year on the high. Promoting our flagship customer car, Adrien has had the benefit of a lot more running recently and his performance at last weekend’s Rally Islas Canarias was fantastic. The conditions were extremely challenging, and he was going up against some really tough competition – coming out on top to show what he and the Fiesta Rally2 are capable of. It was a brilliant drive and a thoroughly deserved win – now let’s see if we can repeat it in WRC 2.”

This might be Esapekka Lappi’s first time rallying at Monza, but the Finn has a history of circuit racing having started his career in karting. Taking confidence from the Fiesta’s performance on asphalt at the start of the year, he and co-driver Janne Ferm will be looking to end the season on a high.

Esapekka Lappi said: “It’s been a crazy year, but good to get another rally in before the end of the season. I’ve not been to Monza Rally Show before, but I started my career in circuit racing and am really looking forward to seeing what these cars can do on this track. We’ve not driven the Fiesta on Tarmac since Rallye Monte-Carlo back in January so we’ll need to get a feel for it straight away. But the Fiesta felt good in Monte, and if we can get a good set-up for the stages then I think it’ll be a really enjoyable end to the season.”

Having finished second to Valentino Rossi at the Monza Rally Show in 2018, Teemu Suninen knows what it takes to excel around this famous racetrack. The young Finn also started his career in karting, and will be hoping that gives him an advantage as he and co-driver Jarmo Lehtinen aim to challenge for a strong result.

Teemu Suninen said: “I’m really looking forward to Rally Monza. I was there in 2018 and have a lot of really great memories – it’s definitely one of the best events I’ve ever done with a world rally car. The format will be a bit different this year with a day in the mountains, but driving these cars on that circuit is going to be so good. All the power and aero makes them so much fun to drive on the track, and I can’t wait to experience it again. I started my career in circuit racing, and hope that will help me challenge for a good result to end the year.”

Gus Greensmith and Elliott Edmondson are another crew never to have rallied at Monza, but the Brits got a feel for track rallying last week – completing a one-day test at Goodwood. Getting accustomed to the precise driving style needed to extract the most from the racetrack, the pairing will be keen to put all they learnt into practice this week.

Gus Greensmith said: “I’ve not done anything like this event before, but really looking forward to getting back behind the wheel and seeing what a world rally car can do on such an historic racetrack. The Fiesta felt good in Monte so I’m looking forward to Saturday’s mountain stages; pacenotes will be really important, so I’ve spent a lot of time with Elliott trying to make improvements since Sardinia. Also to best prepare for the circuit we spent a day at Goodwood – adapting to the style needed to really attack at Monza. Hopefully this will be a fun event to end season and we can finish the year on a high.” 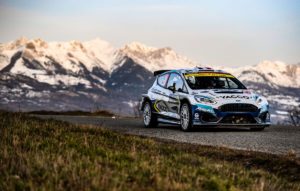 Fresh from victory at Rally Islas Canarias, Adrien Fourmaux and Renaud Jamoul will be looking to repeat their recent success as they contest the WRC 2 category with M-Sport’s latest flagship car – the Ford Fiesta Rally2. The young Frenchman may not have driven at Monza before, but two asphalt rallies in the lead-up to the event should see him match fit and ready to fight for the top positions.

Adrien Fourmaux said: “We had a great result at Rally Islas Canarias. I was really happy with our performance because it was a very tough weekend with very challenging conditions. A big thanks to the team because everything was perfect and it was really good preparation for Monza. The team have been brilliant and I’ve been lucky to have quite a few rallies recently. So now let’s see if we can continue the good work and push for another strong result in WRC 2.”

0 0 0 0 0
Previous : Final round of the FIA World Rally Championship with strong presence of Škoda crews
Next : WRC – Rally Monza, will prove decisive in the close fight for this year’s manufacturers’ championship