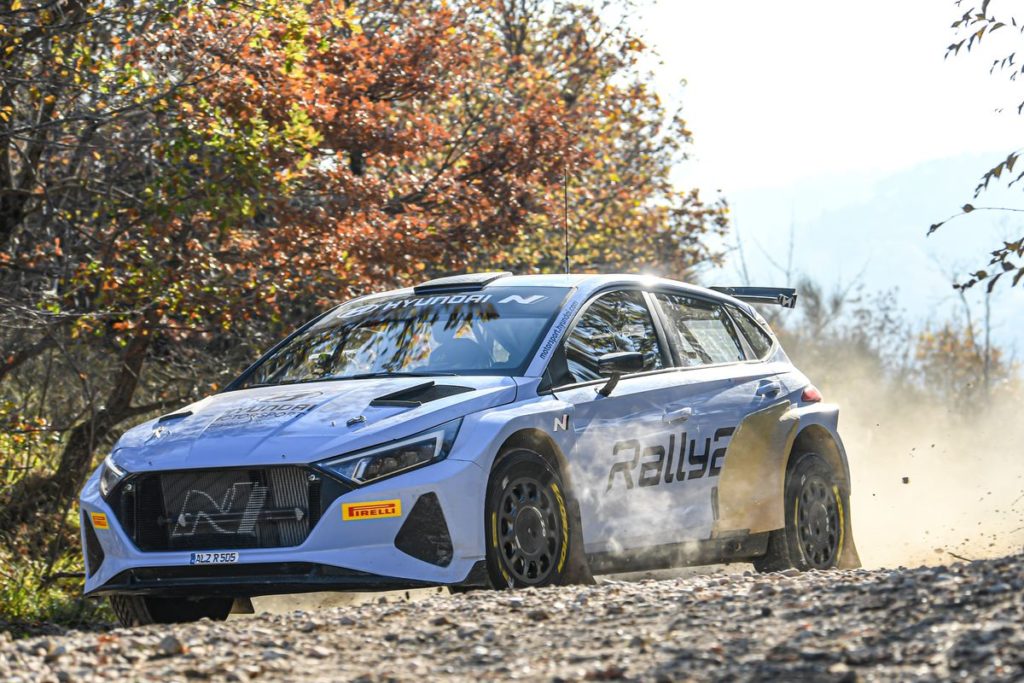 The i20 N Rally2 has completed its first tests, with three days on Italian gravel following a successful opening test in Germany, as the Hyundai Motorsport Customer Racing department begins the development of the brand new rally car.

The three days of running in central Italy last week also followed a shakedown close to the company’s Alzenau, Germany base allowing the Customer Racing engineers to work with the car at the start of an exhaustive testing phase. Through the coming months the dedicated test team will run on the full range of road surfaces encountered in national and international rally competition.

The team has concentrated assessing the core handling characteristics and drivability of the new chassis, completing more that 500km across the two tests. The running has given a first opportunity for the designers and engineers to gather information on the performance individual parts of the car, which was designed from a blank sheet of paper and is based on the new i20 N road-going model. 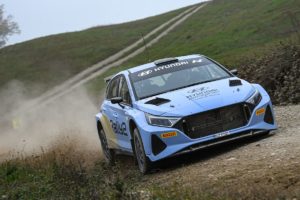 WRC 3 frontrunner Jari Huttunen took driving duties at the German test, and for the runs in Italy he was joined by Hyundai Motorsport WRC driver Ott Tänak. Feedback from both drivers will be used to begin to develop the i20 N Rally2, and aim the focus of the Customer Racing department’s engineers as they start to learn about the balance and behaviour of the new chassis. Over the coming months of testing a number of drivers with WRC and R5 experience and expertise on different surfaces will join the development phase. Together they will ensure the final package delivered to customers is well-rounded, with excellent handling regardless of the surface, or individual driving style.

The brand new car follows on from the Hyundai i20 R5 with which Hyundai Motorsport entered the Customer Racing arena at the end of 2015. The i20 N Rally2 builds on the experience gained by the department over the last five years to deliver an improved all-round package.

The order books for the i20 N Rally2 are now open, with the Customer Racing department welcoming enquiries from interested teams and drivers. The first cars are scheduled to be delivered to customers in 2021. 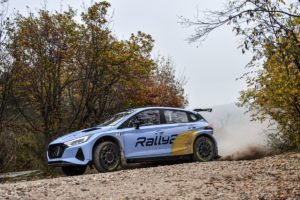 Hyundai Motorsport Customer Racing Operations Leader Andrew Johns said: “The first tests with the Hyundai i20 N Rally2 are the start of our work with the new car. Though these days have concentrated on chassis and drivability, during the development phase we will run on all surfaces and expand our focus to make sure that every area of the chassis is optimized for different set-ups and driving styles. The test in Italy last week also set the tone for the development phase. In Ott and Jari we had two very talented drivers on hand, and with their feedback – and that of the other drivers who will join the testing in the months to come – our engineers will be able to make sure the i20 N Rally2 is a strong all-round package. Our order books for the new car are now open, and we look forward to speaking with interested teams in the near future.” 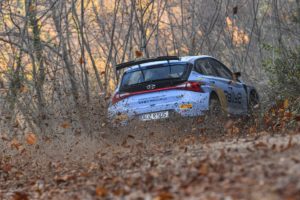 Ott Tänak said: “I had two busy days in the Hyundai i20 N Rally2, and with the Customer Racing department we were able go through a lot of work with the suspension and balance of the chassis. It is clear that the car has some nice characteristics, so there is a strong base to work from. As an all-new design it is always important to get the first information about the car, and performing the opening tests before the end of the year gives the team the chance to continue the work over the winter and into the New Year, when I look forward to rejoining them for more development days.”

0 0 0 0 0
Previous : Formula 2 – Shwartzman storms to fourth win of the season in Sakhir
Next : Audi to compete in Dakar Rally