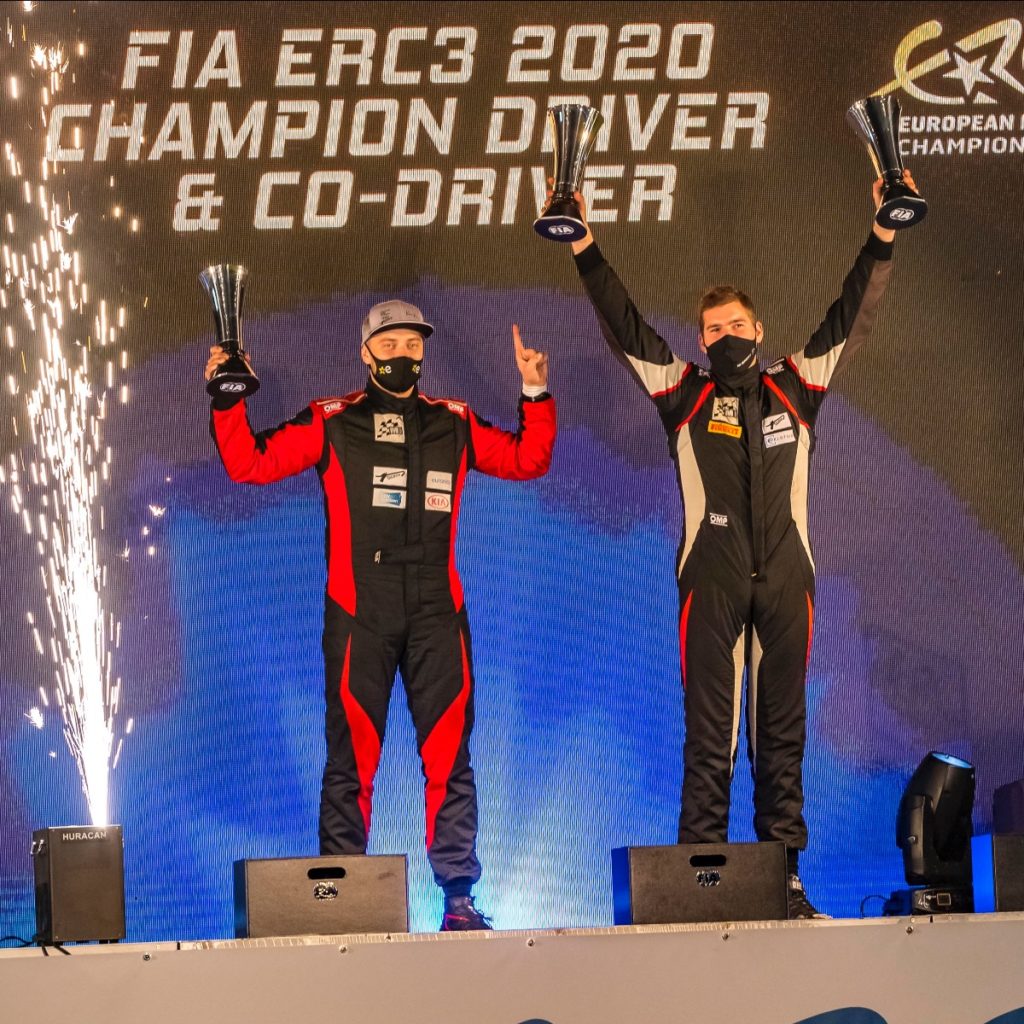 Ken Torn and Kauri Pannas claimed a well-earned victory in their EcoBoost-powered Fiesta Rally4 on Rally Islas Canarias, the final round of the 2020 FIA European Rally Championship. The Fiesta Rally4 claimed 41 ERC3 stage wins and is the only car to finish on every ERC3 and ERC3 Junior podium in 2020.

The 2020 ERC3 and ERC3 Junior Champions took to the testing and technical roads of Gran Canaria in difficult conditions on very unfamiliar territory. Regardless of Torn and Pannas’ lack of experience, the pair were competitive from the outset, putting pressure on the fight for victory with a stage win coming on SS3. The crew fought on throughout Friday to take another stage win and keep themselves and their Pirelli shod Fiesta Rally4 in the hunt for victory.

Saturday’s action saw Torn return to the stages with clear determination and speed, closing in on the lead by SS11. A mistake on SS12 meant Torn had a difficult task on his hands to win the rally with five stages to go. Using this as pure motivation, Torn put on an absolute masterclass, winning four of the following five stages to claim his fourth ERC3 and ERC3J victory of the season while his rival for the lead faltered, failing to finish the rally due to reliability problems.

The M-Sport Poland built Fiesta Rally4 is the only Rally4 car to finish on every single ERC3 and ERC3J podium in 2020. The all-Estonian crew of Ken Torn and Kauri Pannas are the only crew to taste champagne on every rally, reaching the top step on four occasions. Experiencing supreme reliability and consistent performance has been key to Torn and Pannas delivering jaw-dropping performances throughout the 2020 ERC3 Championship.

The success of the Fiesta Rally4, which was introduced in March 2020 and made its competitive debut in June, was underlined by winning more than half of the stages contested in the 2020 ERC 3 championship. In total the Fiesta Rally4 claimed a total of 41 stage wins from 79 stages in ERC3 with Torn delivering a staggering 36 stage wins. Honourable mentions must also be given to Martins Sesks, Dennis Radstrom and Martin Laszlo who each contributed to this incredible achievement.

Maciej Woda, M-Sport Poland team director: “What an amazing ERC season we have had! I speak for everybody back at base in Krakow and on site in Gran Canaria when I say this is the icing on the cake for what has been an incredible year for our Fiesta Rally4. Ken and Kauri have gone from strength to strength on every rally and have really put the Fiesta Rally4 through its paces and it has just continued to perform. I think the win on Rally Islas Canarias only adds more weight to the claim the Fiesta Rally4 is the car to have for any driver looking to win in their national or regional Rally4 championship. Congratulations to everybody involved, in the face of adversity the entire team has proved that anything can be possible. I would like to also say a huge thank you to ERC, Eurosport and FIA for delivering a championship in such difficult circumstances, they are a credit to this sport and we are so grateful for the hard work and effort they put in to make this season happen.”

Ken Torn, 2020 ERC3/3J Champion: “This is like a dream come true for me, I cannot think of a better way to finish the championship. We have fought hard for this championship as a team, it has been difficult but we didn’t let that stop us. We learned some good lessons for the future on the rally though, which tested us a lot. M-Sport Poland have given us such a strong and reliable car and it has definitely proven itself this season. To deliver the results we have had needs more than just good driving, you need a good co-driver, good car and a great team which we had all year. Thank you to everybody for the support, I suppose we need to start looking at our plans for 2021 now.”

0 0 0 0 0
Previous : Formula 2 – Drugovich seals first Feature Race victory in Sakhir
Next : The C3 R5 wins the European Championship and cleans up in Spain !