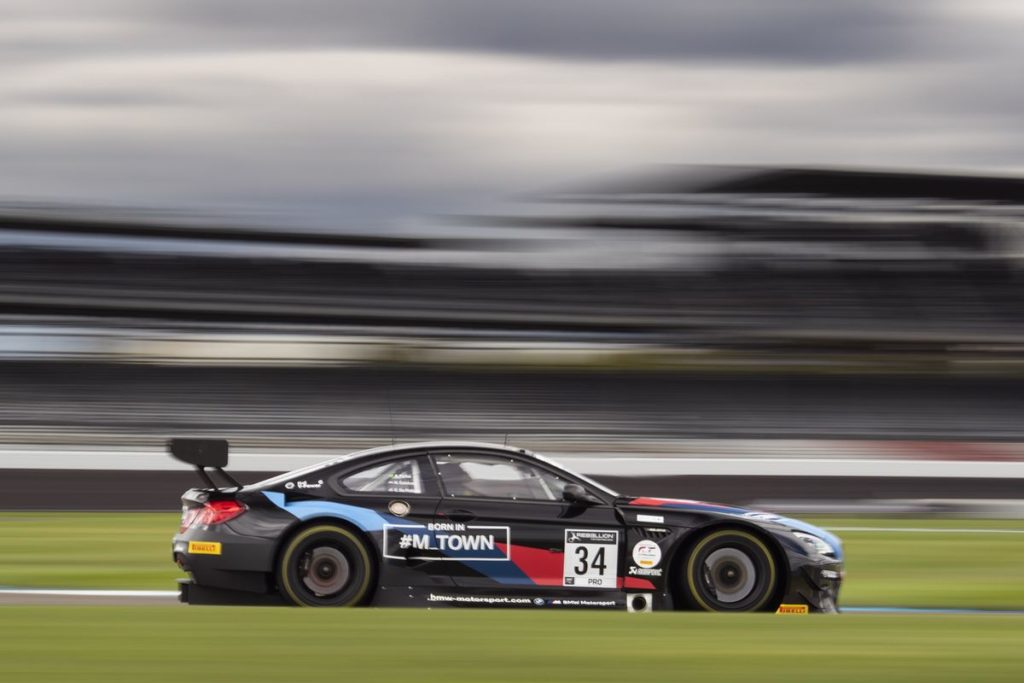 Roughly four weeks after the highly-acclaimed victory at the Nürburgring 24 Hours (GER), the BMW M6 GT3 is now set for the second major endurance highlight of the season this weekend: the 24 Hours of Spa-Francorchamps (BEL). Walkenhorst Motorsport travels to Belgium with bags of confidence, following the one-two at the 8 Hours of Indianapolis (USA). After winning the Spa classic in 2018, the team now has its sights set firmly on another podium finish. A host of top-class GT drivers will be at the wheel of the two cars. In the Pro-Am class, the Boutsen Ginion BMW M6 GT3, sporting a design by artist Peter Halley, promises to be a real eye-catcher.

Regular drivers and Indianapolis winners Nick Catsburg (NED) and Augusto Farfus (BRA) will compete in the #34 Walkenhorst Motorsport BMW M6 GT3. They will be joined by BMW works driver Philipp Eng (AUT), who already has two victories at Spa to his name – in 2016 with ROWE Racing and 2018 with Walkenhorst Motorsport. Alternating at the wheel of the #35 car will be regular drivers David Pittard (GBR) and Martin Tomczyk (GER), as well as Nürburgring 24 Hours winner Nick Yelloly (GBR).

“It is one GT highlight after another at the moment, and it is fantastic to see that we are challenging for podiums and race wins wherever we race with the BMW M6 GT3,” said BMW Group Motorsport Director Jens Marquardt, for whom the 24 Hours of Spa-Francorchamps will be the last major endurance race in his current role. “We recently celebrated the long-awaited win at the Nürburgring 24 Hours, but have also shown at Indianapolis, in the GTD class of the IMSA series, in the ADAC GT Masters, and in the Italian GT Championship that the BMW M6 GT3 is capable of winning virtually every race. We obviously want to carry that momentum to Spa-Francorchamps, where we have had three overall victories since 2015. Personally, I would obviously be delighted to be able to celebrate one last time with the team at my last big race as BMW Group Motorsport Director.”

For Walkenhorst Motorsport, the 24 Hours of Spa-Francorchamps is not only a prestigious individual event, but also forms the third of four races in this season’s Intercontinental GT Challenge. Catsburg and Farfus are currently second in the Drivers’ Championship, just one point off the lead. Pittard, Tomczyk and Yelloly are third. BMW leads the GT3 manufacturer competition.

In the Pro-Am class, Boutsen Ginion will field a third BMW M6 GT3 – and a very special one at that. The car’s colourful livery was designed by American artist Peter Halley, who took his inspiration from the tradition of the famous BMW Art Cars. As a result, the #10 BMW M6 GT3 will be a real eye-catcher out on the track. Karim Ojjeh (KSA), Gilles Vannelet (FRA), Benjamin Lessennes (BEL) and BMW works driver Jens Klingmann (GER) will share the driving duties.

The race begins this Saturday at 15:30 and, with the clocks going forward an hour overnight, ends 24 hours later at 14:30 on Sunday.

Quotes ahead of the 24 Hours of Spa-Francorchamps:

Nick Catsburg (#34 BMW M6 GT3, Walkenhorst Motorsport): “The next highlight of my season is just around the corner and I cannot wait to get going. I hope I can continue my run at Spa, having tasted victory at the Nürburgring and Indianapolis. I think we have a very good chance. We have almost always performed well at Spa in recent years, while Walkenhorst Motorsport has often shown that the team is capable of winning the really big events. With Augusto and Philipp, I have two fantastic drivers at my side. Both have had a lot of big wins in GT racing, so it is a privilege for me to share a BMW M6 GT3 with them.”

Nick Yelloly (#35 BMW M6 GT3, Walkenhorst Motorsport): “This will be my first start at the 24 Hours of Spa-Francorchamps, and I am really looking forward to working with Martin and David again. Our goal is to improve on the second place we achieved with Walkenhorst Motorsport at Indianapolis. The weather could obviously play a major role at Spa at the end of October. Similar to our victory at the Nürburgring, it will be crucial to avoid making any mistakes and get the maximum out of the BMW M6 GT3.”

Jens Klingmann (#10 BMW M6 GT3, Boutsen Ginion): “Last weekend’s victory in the ADAC GT Masters really did me some good and has made me even more determined to get a good result at Spa-Francorchamps with my team-mates at Boutsen Ginion. Personally, I have very fond memories of this race, having finished runner-up in 2018. This is the absolute highlight of the season for the team. As such, it is very appropriate that we line up with a very special livery, and will also add some colour with our race overalls. I think I am allowed to reveal that much. Our goal is to challenge for the podium in the Pro-Am class. Hopefully, I can help my amateur colleagues achieve that.”