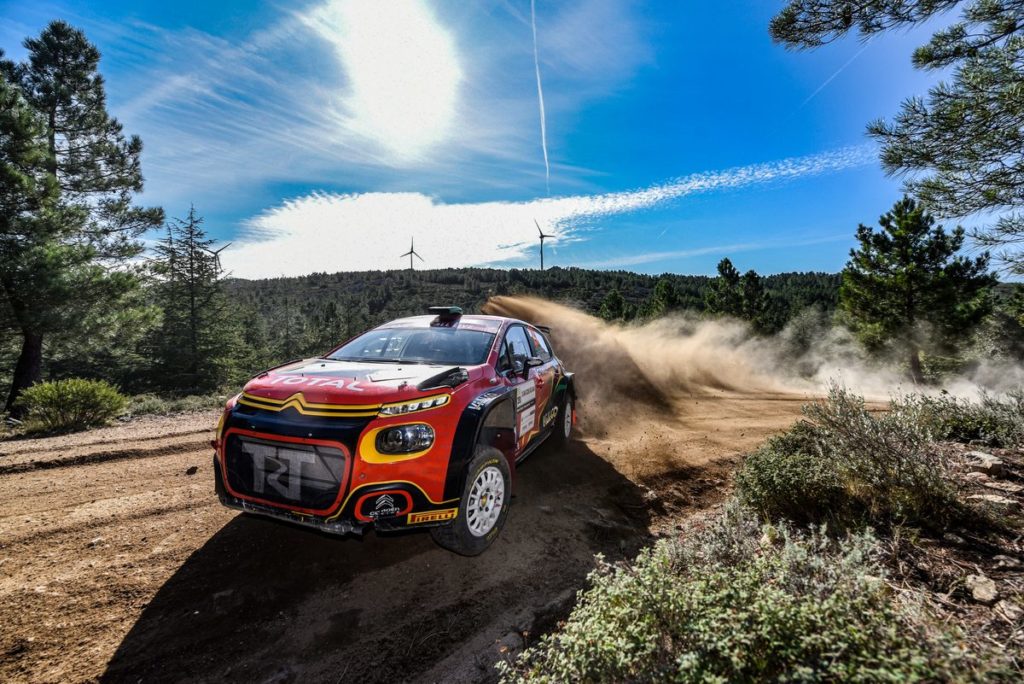 The C3 R5 once again showed clear speed as it collected a number of WRC2 and WRC3 stage wins at Rally Sardegna and enabled Marco Bulacia to claim third place in the WRC3.

“It has been a difficult weekend for all of us. The car was very quick – it shows it every weekend, at every rally – but for once, we a bit short on reliability. It’s frustrating because the speed was definitely there and our drivers showed that they were capable of putting C3 R5 among the front-runners on pretty much every stage of this very demanding Rally Sardegna. We are constantly working, every day, to provide our crews with an increasingly reliable and powerful car. This weekend was tough, but I have no doubt that our teams will be back stronger at the next events on the calendar.”

Marco Bulacia, third in the WRC3 with the C3 R5

“After the puncture at the start, we didn’t give up. We kept driving well in the hope of moving back up the standings, so I am extremely pleased with our result. I was really comfortable in my C3 R5. The car was very efficient and easy to drive on these rough stages. If we decided to take part in a fifth round, as permitted by the regulations, we would choose to compete at Monza.”

“Obviously, I’m disappointed with the start of the race, although there are a lot of positives to take away from the weekend, with two good legs on Saturday and Sunday. We did our very best to move back up the standings. We did manage to make up four of the six minutes lost on Friday morning. We’re now going to focus on the remaining tarmac rounds: we know the car is very competitive on this surface and I feel confident in my ability to fight for the win.”