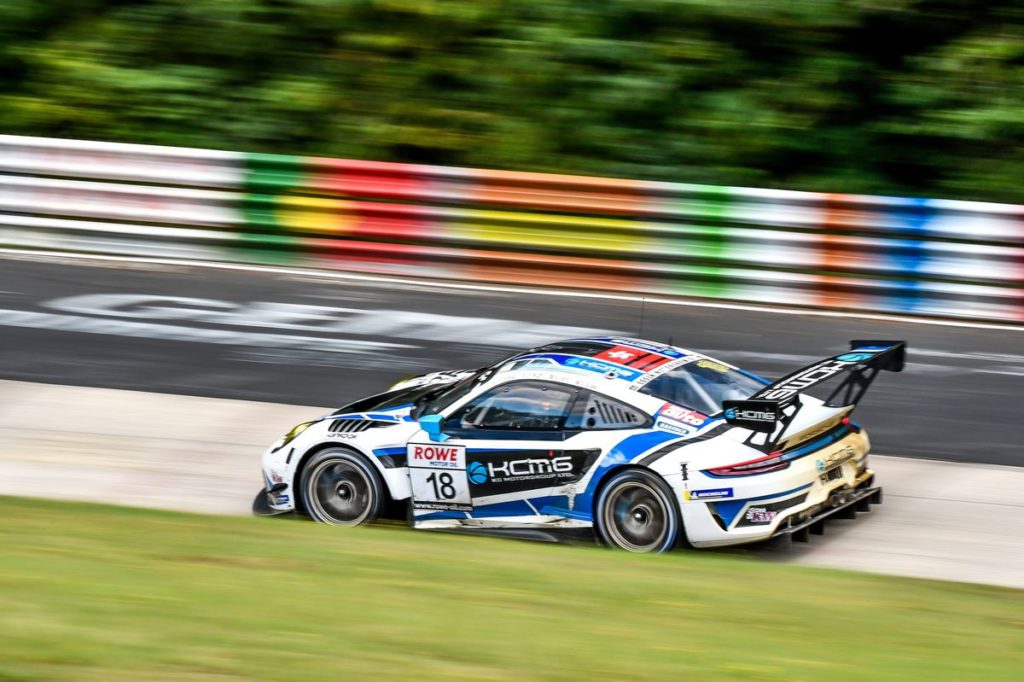 After positive COVID-19 tests came back from within Manthey Racing, KC Motorgroup Ltd. (KCMG) drivers for the 2020 Nürburgring 24 Hours Romain Dumas, Patrick Pilet and Richard Lietz were withdrawn from the race by Porsche as a precaution.

Taking their places in the #18 Porsche 911 GT3 R will be Earl Bamber, Timo Bernhard and Jörg Bergmeister. Dennis Olsen remains in the line-up, confirming that KCMG will still enter a full-factory car this weekend.

Reigning IMSA WeatherTech SportsCar GTLM champion Bamber is no stranger to the Nordschleife, with three Nürburgring 24 Hours starts under his belt. The Kiwi has won accolades in many levels of GT and sportscar racing, including the World Endurance Drivers’ Championship in 2017 and two overall Le Mans 24 Hours wins. Double WEC champion Bernhard brings 10 years’ of Nordschleife experience to the table, including eight class wins. The German is also a double Le Mans winner with Porsche. Likewise, his countryman Bergmeister has a wealth of Nürburgring knowledge with nine starts at the 24 Hours.

Olsen will now share driving duties between the two cars, with Alexandre Imperatori, Josh Burdon and Edoardo Liberati remaining onboard the #19 machine.

0 0 0 0 0
Previous : Audi Sport with twelve customer racing cars at the season highlight at the Nürburgring
Next : Second half of the GT4 European Series season starts at Zandvoort