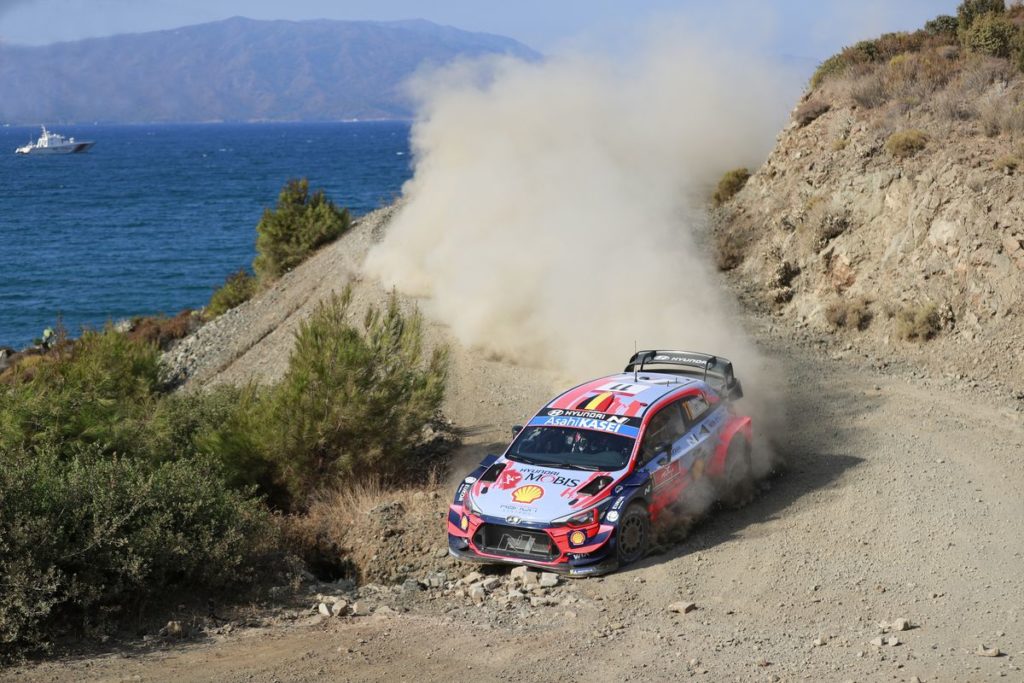 Hyundai Motorsport continues to hold a provisional 1-2 in Rally Turkey, the fifth round of the 2020 FIA World Rally Championship (WRC), with Thierry Neuville taking over the top spot at the end of Saturday’s 107km itinerary.

The Belgian, alongside co-driver Nicolas Gilsoul, holds a 33-second advantage over the chasing pack with team-mates Sébastien Loeb and Daniel Elena fighting back to second place after losing time in the morning loop.

Saturday was split into two loops of three stages – the 31.79km Yesilbelde, a shorter 8.75km run through Datça, and the 13.15km Kizlan test – separated by lunchtime service in Asparan. Tyre selection and management proved influential on the punishing Turkish gravel stages.

Neuville took a trio of stage wins (SS5, SS6, SS7) to assert his authority at the head of the classification, withstanding pressure from his rivals. Loeb, who led the rally overnight on Friday, struggled with tyre choice in the morning, which dropped him down to fourth overall. However, a strong afternoon – including a stage win in SS8 – saw him bounce back to second, equal on overall time with third-placed Sébastien Ogier.

For Ott Tänak and Martin Järveoja, Saturday served up an early blow, as steering issues on the day’s opening stage forced them to retire. They are expected to re-join the rally on Sunday morning, with a focus on Power Stage points.

The rally is still far from over with four gruelling stages left to run on Sunday, including two passes of the event’s longest stage – the 38.15km Çetibeli. A total of 88 competitive kilometres remain on the final day with all to play for at the front.

Neuville said: “This afternoon went much better than the morning. We worked a lot on the set-up, and I was much happier with the car on the repeat loop, especially in the rougher sections. We found what we were looking for and, although it’s not quite 100%, we’re heading in a good direction. I am very pleased with the work of the team that has allowed us to fight at the front. Tomorrow is going to be the toughest day of the rally; we will have to avoid punctures and damage, while also pushing to drive fast. I am going to try my best and hope we’ll come through in one piece!” 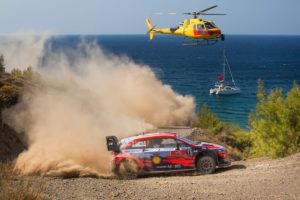 Loeb said: “We were frustrated after the first loop because a poor tyre choice lost us a lot of time, when we were determined to give it everything. In the afternoon, thankfully, we were able to fight back. We were still at the limit with the tyres, so we had to save a bit on the middle stage, but we managed it well. We have been able to regain ground to second overall, but it’s too early to think about what we might be able to achieve tomorrow. There are still a lot of kilometres to cover.” 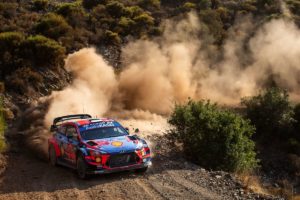 Tänak said: “Not much positive for us to report today, as we were forced to stop on the first stage of the day with a steering issue. There was no warning, it was quite instant and nothing we could do. It had generally been a pretty demanding stage with very low grip and a lot of cleaning. The conditions were not particularly harsh, just loose. Tomorrow, we will go again and try to score some points in the Power Stage; there’s little else for us to do unfortunately.”

Team Principal Andrea Adamo: “Again, we cannot say we’re unhappy but there is another shadow of sadness for Ott and Martin’s retirement, for something that should not have happened. We have to look at the positives. Thierry and Nicolas have done an amazing rally so far. Sébastien and Danos also demonstrated – for anyone doubting them – why they are nine-time world champions. I have to say that I am really happy to work with people – engineers, mechanics, everybody at Hyundai Motorsport – who never give up. They are doing really well.”