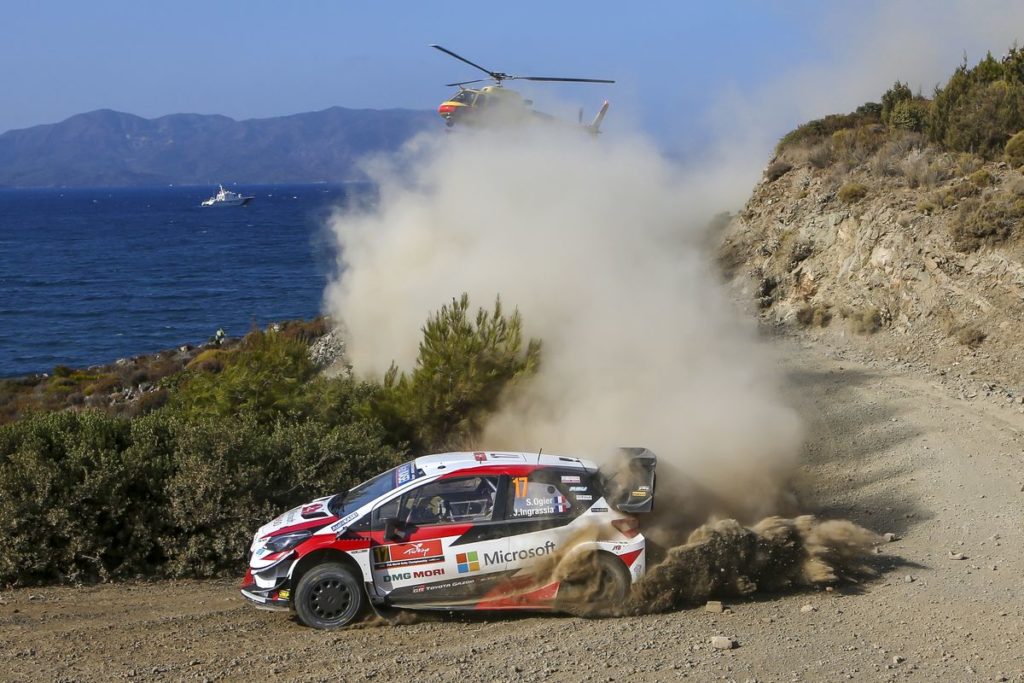 The team’s drivers demonstrated the progress in the performance of the Toyota Yaris WRC on the rough and rocky Turkish gravel roads, with Ogier winning the first two stages of the day and moving into the lead of the rally.

In the afternoon, Ogier lost some time with an issue affecting the gear shifting. He battled on and ended the day level on time for second position overall, 33.2 seconds from the leader.

Tyre wear was also a major factor during the afternoon in the incredibly demanding temperatures and road conditions. This also affected Evans and Rovanperä but they both finished the day inside the top five in fourth and fifth respectively.

Quotes:
Tommi Mäkinen (Team Principal)
“The morning was very good for us, all of the drivers and the cars were performing well. The issue that we had on Ogier’s car this afternoon was very unfortunate because he had shown that he could fight for the victory. The tyre wear was also very high for us this afternoon. The conditions here are really extreme for the tyres and this is something we need to work on. We can’t be satisfied with our positions tonight but tomorrow is a new day. It will be a very tough day so nothing is decided yet and we will try to do our best.”

Sébastien Ogier (Driver car 17)
“It was a good morning loop for us, winning two stages and being in the lead of the rally. The car was working well and we had some ideas to make it even better for the afternoon. Unfortunately, it was not exactly the afternoon we were looking for. But it’s part of the game sometimes in motorsport, and in the end I’m happy to still be here tonight. Of course, it is frustrating not to be in the fight for the win, but at least we are still in a position to fight for the big points and for the podium. I’m sure the team can fix the car tonight and we can finish the rally well tomorrow. There are still some long stages with conditions that are probably even more challenging than today, so nothing is over yet.” 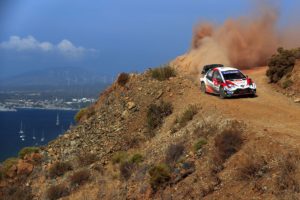 “It was a decent morning for us. Already from the first stage it was very hot in the car, but everything was working well. We had a good feeling in the car and the rhythm was good. We knew the afternoon would be tough. The time in the long stage was not so bad but my tyre wear was much higher than expected. We need to study it to find out why, but I wasn’t managing the tyre well. That made the next two stages very difficult: It was a case of trying to manage it as best as we could. It’s still all to play for tomorrow. The long stage will be very challenging and there could still be an opportunity to be on the podium, so we have to go and try our best.”

“The morning was quite OK for me even though the road was quite slippery and it was still cleaning. The afternoon was really tough. On the longest stage we had a puncture: The conditions were really rough and rocky all the time so it’s impossible to know where we got it. After that we had to be careful to get through the other two stages. The overall position is still good for us though, and tomorrow is a long day so anything can happen. If we can keep this position or even gain something more, that would be good.”

What’s next?
Sunday only consists of four stages, but includes two runs over the longest test of the event: the 38.15 kilometres of Çetibeli. Both passes will be followed by the shorter Marmaris stage, which will host the rally-ending Power Stage.