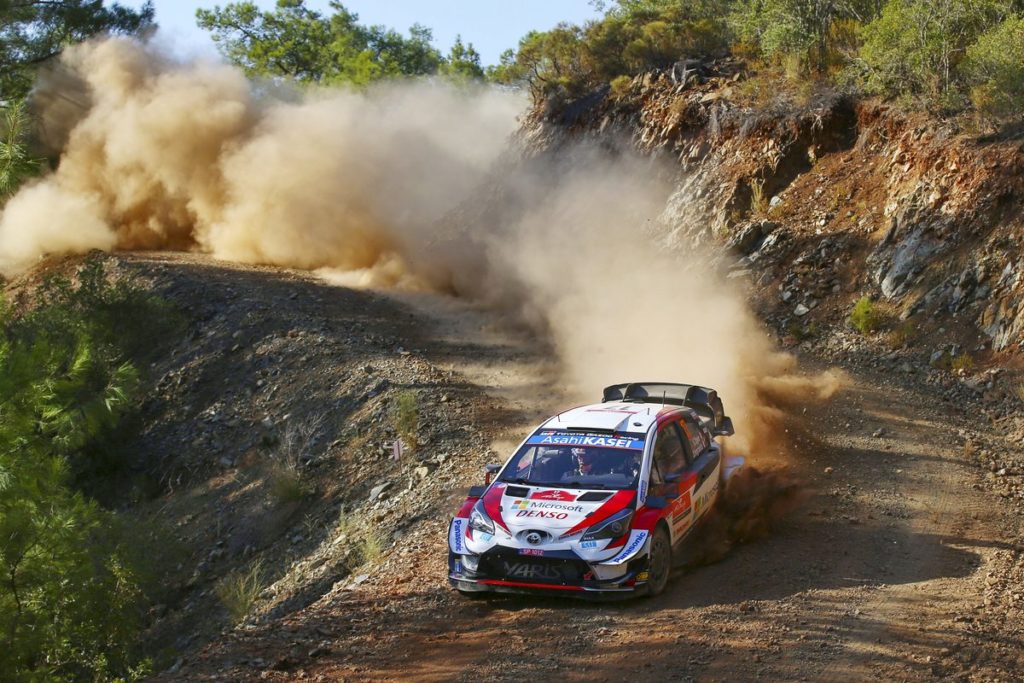 The three TOYOTA GAZOO Racing World Rally Team drivers are in a strong position on Rally Turkey after the opening two stages on Friday evening. Sébastien Ogier is third overall, with team-mates Elfyn Evans and Kalle Rovanperä close behind in fourth and fifth respectively.

With Rally Turkey running to a condensed schedule, Friday began with shakedown in the morning and a chance for the team to make some final adjustments before the first stages. Rovanperä was quickest after the first runs and ended the shakedown with the third best time, with Evans fourth and Ogier fifth.

The first two competitive stages of the rally were critically important, with the overall positions at the end of the day to be reversed to set the road order for Saturday. Running first on the road as championship leader, Ogier was fifth overall after the first stage but then set the fastest time on SS2. That moved him up to third, 1.3 seconds off the rally lead and just 0.1s behind the driver in second place.

All three Toyota drivers are within 2.7s of the lead, with Evans 0.8s behind Ogier and Rovanperä a further 0.6s back.

Quotes:
Tommi Mäkinen (Team Principal) : “I would say that it has been a really positive start to the rally for us. All of our drivers will have a better road position tomorrow than they started with this evening, and this was the main goal for tonight because we know that it can be important on this rally – generally you don’t want to be cleaning the road here. We have been confident coming into this rally with the improvements that we have made to the car since last year, and at the moment it looks promising going into a full day of stages tomorrow.”

Sébastien Ogier (Driver car 17) : “I’m happy with how the rally has started tonight: Being third is better than I expected. Running first on the road, it was slippery like we expected so it was definitely challenging. But we gave everything that we had, especially in the second stage – I was driving it like it was a Power Stage. It looks like we benefitted a bit from not driving into any dust, but we also had a big disadvantage sweeping the road. Now the big part of the rally is starting so it’s nice that we have made this step with our road position, but there is still a lot to be done.” 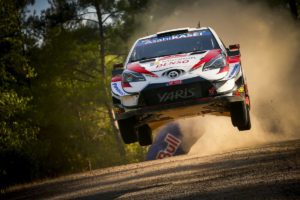 Elfyn Evans (Driver car 33) : “We knew that tonight’s stages were key and that we had to get the maximum out of them to be in the best position for tomorrow. To be honest I was pleasantly surprised by the level of grip in the first stage, and I wasn’t pushing hard enough to be honest in the first few kilometres while I found the rhythm. It got better after that and I had a good feeling in the car. In the second stage it was quite difficult with the dust, so we gave some time away there, but overall it was not a bad evening’s work.” 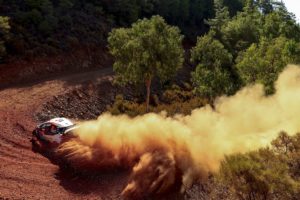 Kalle Rovanperä (Driver car 69) : “It was a nice start to the rally for us. I had a good feeling in the car straight away on the first run in shakedown this morning. Like I had expected, we had to take the first stage a little bit carefully to judge the tyre wear and the pace that I needed to drive at. Already on the next one I could be on the pace. It was nice to gain some positions back and get quite a good place in the start order for tomorrow. If we can keep the pace up like this then I’m sure that we can fight for the podium. We just need to have a clean rally without any problems.”

What’s next?
Saturday provides nearly half of the competitive distance on the rally, with 107.38 kilometres spread across two loops of three stages to the west of Marmaris, including the 31.79-kilometre Yeşilbelde test that kicks off each loop.