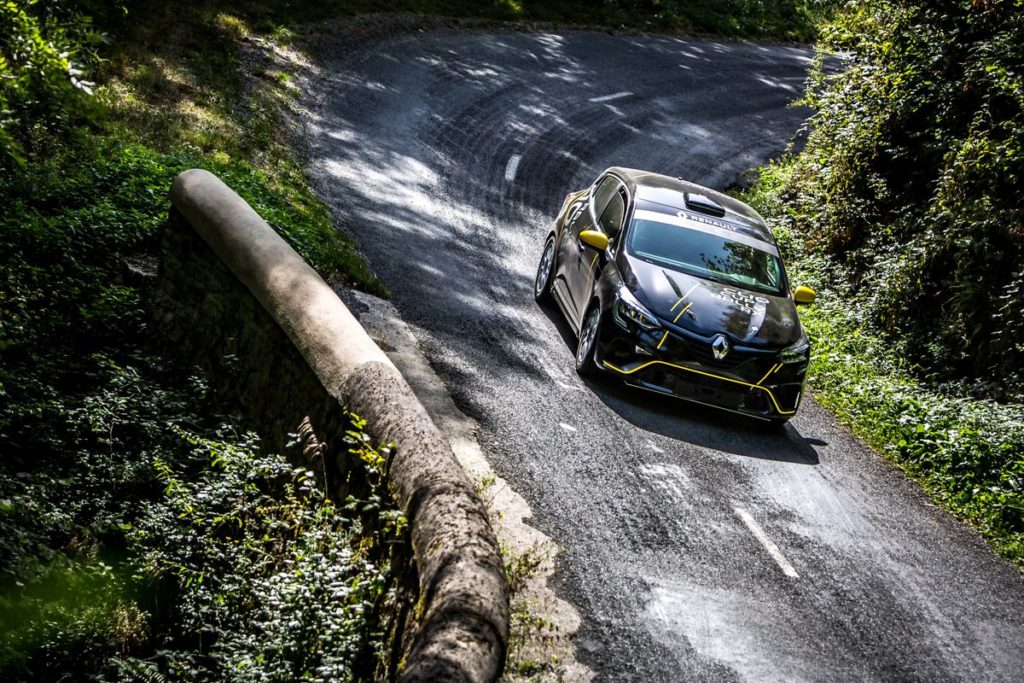 On the strength of its unrivalled experience, undeniable know-how and the timeless success of the Renault Clio and its rallying version New Clio Rally, Renault Sport Racing will see 37 crews battle on the Rallye Mont-Blanc Morzine (September 3-5) for the grand premiere of the Clio Trophy France.

Among the 43 crews competing in the maiden Clio Trophy France season, 37 kick-off their campaign on the Rallye Mont-Blanc Morzine. With one of the strongest fields in the history of French rallying, New Clio Rally will be the undisputed star in the Alps after impressing in open competition since the beginning of the summer !

Reunion at the summit ?

As always in the categories organised by Renault Sport Racing, quantity and quality will reign in this extremely large service park and the fight for victory promises to be more intense and uncertain than ever.

With New Clio Rally, they will once again try to dominate the stages, but some former standouts from the Clio R3T era are planning to get their revenge. This will be the case for Dorian Nicolas, Alexis Frontier and Cédric Noé, who were front-runners last year, but also for Ismaël Vuistiner, winner of the Clio R3T Trophy Alps in 2017 and 2019.

Two new contenders, however, look to be formidable : 2009 French Tarmac Rally champion Guillaume Canivenq and Rémi Jouines, who already has a title in feeder series. The former makes his return to competition after a four-year absence, hoping to regain the skills that took him to the title, while the latter intends to put all his experience to good use to be the first to win in the Clio Trophy France.

The battle of the Juniors 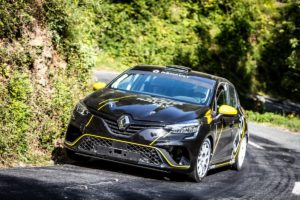 Competing in the Junior category, Romain Di Fante will face a new wave of ambitious drivers who intend to steal the spotlight from him. This should notably be led by runner-up in the France Junior Championship and winner last year on Mont-Blanc, Victor Cartier, but Anthony Fotia and Quentin Ribaud, both of whom have starred in other promotional formulas, shouldn’t be overlooked.

In parallel, Damien Mattei, Brandon Maïsano, Jonathan Grande, Sébastien Rambaud and David Erard will use their experience of the Alpine stages to get in the fight, just like Jean Jouines, who finished just short of the podium in the Twingo R1 Trophy era.

New Clio Rally introduction has also attracted a number of competitors coming from the ranks of the French Rally Cup. After meeting or confronting each other there directly, Émilien Sanlaville, Kévin Bessi, Benjamin Stirling, Ange-Marie Damerval, Maxime Gibaud, Maxime Braesch and Ghjuvanni Rossi all come to the Clio Trophy France with the will to be among the contenders for the win.

Long-time Clio campaigner Dominique Patenotte is also back to contend for the Gentlemen title. The Aulnay-sous-Bois native will, however, have his work cut out for him as he will have to deal with three rivals : Frédéric Perrard, who has competed twice in WRC, Alain Aguillon, coming from the historic rallying scene, and Thierry Monnet, who finished fifth in the 2012 Twingo R2 Trophy. 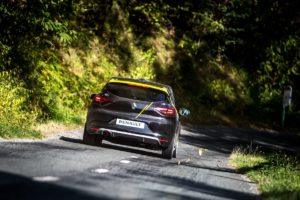 In addition to their ambitions in the category, this quartet intends to stand out against the other competitors who will take advantage of the reset of the technical situation to try their luck in Clio Trophy France. This will be the case for Loïc Mattei, Mathias De Sousa, Maxime Delhommeau and Christophe Nosjean, seen in the French Rally Cup, and former standout in Clio Cup France Julien Baziret.

Sixth in the 2012 Twingo R1 Trophy, Romain Fostier makes his return to the Renault fold, as does Swiss Maude Studer, who showed speed in the Swiss Twingo R1 Trophy and Clio R3T Trophy Alps, as well as Antoine Massé, who competed in Twingo in 2011 and 2012.

Rallye Mont-Blanc Morzine is composed of 13 special stages totalling 183.66 kilometres of action, where more than a third of the 210 cars entered will feature the famous diamond badge on their bonnet with 77 Renaults in the service park.

After the Thursday shakedown, the hostilities get underway Friday with two loops of three timed sectors prior to the longest stage of the day, Col de Joux Verte. Saturday, the two loops will be reversed before the rally culminates with the “Jean Ragnotti” Power Stage. The five fastest crews on the longest stage of the second leg, the legendary Joux Plane-Morzine (20.06km) will be rewarded. All of this promise’s suspense all the way to the finish line for this new era of rallying for Renault Sport Racing !