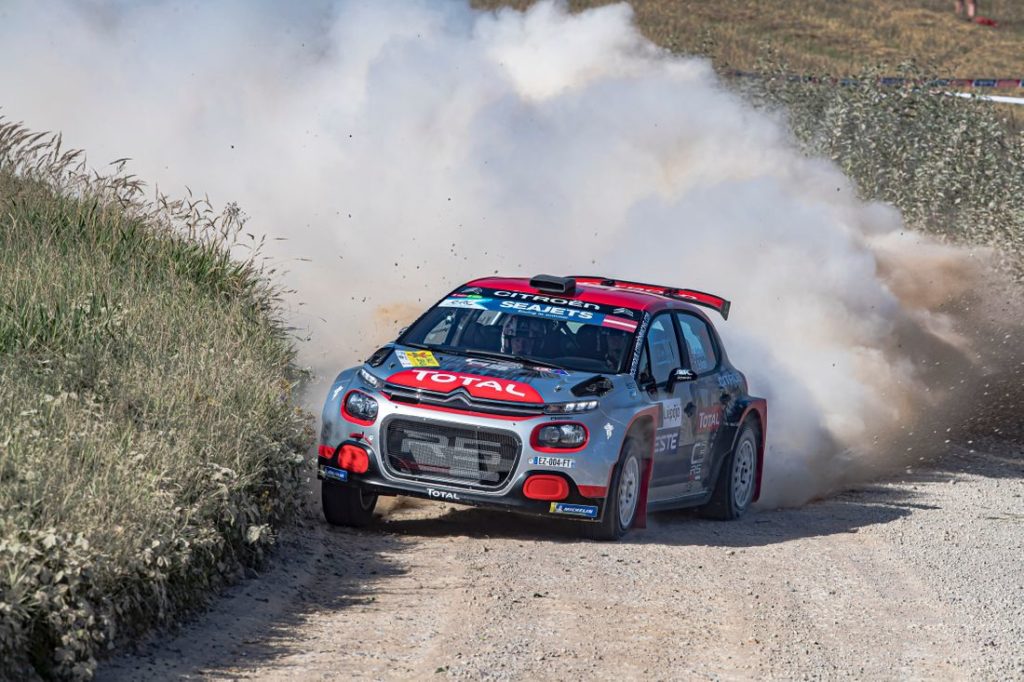 Consistently among the leaders since the start of the season, the C3 R5 is set to return to international and French racing at Rally Estonia (WRC) and Rallye Mont-Blanc Morzine (3-5 September), where it will have five and nine entries respectively.

Didier Clément, Head of Customer Racing, Citroën Racing : “Despite the difficult circumstances, we have kept working hard to enable our customers to fight for victory in the national and international championships. Since racing resumed, the C3R5 has added several podium finishes and wins to its impressive record in Spain, Italy, Norway, Portugal, ERC, etc. We’re really looking forward now to competing again in the WRC and defending our lead in the WRC2 with the C3R5 and Mads Østberg. We’re going to have to manage the lead built up with the wins in Monte Carlo and Sweden. That’s going to be one of the challenges for us in Estonia. As part of our preparations, we entered the C3R5 at Rally Liepaja in the ERC and scheduled an extra test session in Estonia. At the same time, we held a test session on tarmac to fine-tune preparations for the resumption of the French championship at Mont Blanc, a very demanding rally. We’ve got a big line-up for that event too, with nine C3 R5s entered including the championship leader, Yoann Bonato. It is essential to stay on course to turn the C3 R5 into a powerful weapon.”

Mads Østberg, WRC2 leader with the C3 R5 : “First and foremost, I’m really happy to be back racing in the WRC, especially in Estonia, which a rally I have won twice before. I know the stages very well and have some excellent memories from here so I can’t wait to get started. Competing in Rally Liepaja in Latvia helped me to get back up to speed after such a long time away from competitive action. We also managed to improve during the course of the rally. And with the testing scheduled this weekend in Estonia, which will enable us to fine-tune a few more details, I’m convinced that we will be well prepared for this race. I’m determined to get a good result here and strengthen my hold on the lead in the WRC2.”

Marco Bulacia, WRC3 joint leader with the C3 R5 : “Given that I’m in a good position in the WRC3 championship, I’m very keen to take away a good result from Estonia. Although it will be my first appearance at the rally, I have a full day of pre-event testing scheduled and we’re going to use the sessions to help me feel comfortable in my C3 R5 on this surface. It will then be a question of taking good pace notes so that we can be competitive on the stages, which are renowned for being very fast.”

Yoann Bonato, French Rally Championship leader with the C3 R5 : “Obviously, I can’t wait to get back racing! But we’ll have to be on our game straight away because I won’t be the only one who feels that way and all my rivals seem very motivated. And with a curtailed calendar, each result will be crucial. Mont-Blanc is a rally where I’ve always done well and there are quite a few new features this year. For the drivers, it’s always nice for us when the itinerary is updated. The organiser has gone to great lengths to ensure the event can go ahead, so I hope everyone will comply fully with the health safety instructions and that the championship can therefore be completed.”

0 0 0 0 0
Previous : FIA Junior WRC Returns to Action on Rally Estonia
Next : WRC – Back in action at Rally Estonia