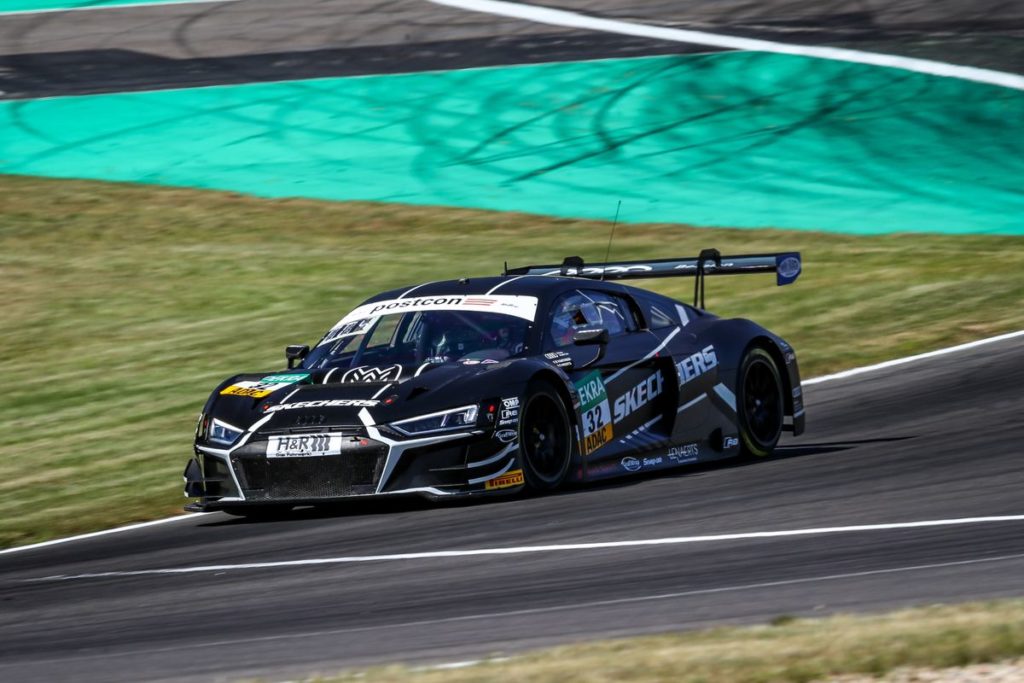 Within just 14 days, Audi Sport customers celebrated four major victories in Europe’s most important GT3 racing series. After having won the season opener in Italian endurance racing two weeks ago and the GT World Challenge Europe a week ago, the Audi R8 LMS now also prevailed in the season opener of the ADAC GT Masters and in the Sprint Series of the Italian GT Championship in one race each.

Strong start in Germany: Two teams from Audi Sport customer racing collected trophies at the ADAC GT Masters season opener. In the first race of the new season, Montaplast by Land-Motorsport was the best of eight Audi customer teams at the Lausitzring. Max Hofer, last year’s Junior Champion of the series, improved in the Audi R8 LMS together with Audi Sport driver Christopher Haase from eleventh place on the grid to third place in Saturday’s race. In Sunday’s race Team WRT clinched a convincing debut victory in the German racing series. The Belgian team, which has already scored many wins and titles with Audi internationally, won its first race in the Super Sports Car League from pole position. Dries Vanthoor initially lost the lead briefly after the start but regained it in the first corner. By the time of the driver change, the Audi Sport driver had increased his lead to almost 14 seconds. His Belgian compatriot Charles Weerts took over the cockpit in the middle of the race and even increased the gap slightly. A safety car phase destroyed this advantage again. However, the youngest driver in the field at 19 years of age managed a convincing restart after the race was green-flagged again. Up to the finish, Weerts built up a 3.8-second lead, clinched his first overall victory and thus also won the Pirelli Junior classification. With 13 cars in the field of 33 sports cars from seven manufacturers, the Audi R8 LMS is by far the most popular model in the ADAC GT Masters again this year.

Fast sprinters in Italy: Daniel Mancinelli and Riccardo Agostini proved in the Italian GT Championship that their sprinting talents are as good as their endurance qualities. After winning the endurance season opener together with Audi Sport driver Mattia Drudi two weeks ago, they were now successful together for Audi Sport Italia on the first sprint weekend at Misano as well. Mancinelli, who started from third place, initially lost four seconds in traffic before the driver change. Agostini took over the cockpit of the Audi R8 LMS after 16 laps and started a chase for the top. After a safety car phase he attacked the leader and overtook him on lap 26, winning by 2.1 seconds. In Sunday’s race, this success automatically meant an additional 15 seconds of pit stop time imposed by the regulations so that the Audi dropped from third to seventh place in the middle of the race. Mancinelli improved to fourth place, which earned the driver combination twelve valuable points. After the first of four sprint events Agostini/Mancinelli lead the standings by ten points.

Remaining at the top of the standings: Tyler McQuarrie and Jeff Westphal remain leaders of the GS standings after the third round of the IMSA Michelin Pilot Challenge. The two Americans from Team CarBahn with Peregrine Racing finished third in the Audi R8 LMS GT4 at the Road America circuit in the US state of Wisconsin. After three of ten rounds of the season they remain championship leaders with a three-point lead.

Class victory in France: The Audi R8 LMS GT4 clinched its first class victory in the French club sport racing series Trophée Tourisme Endurance. The Milan Compétition team won the T5 category with Pierre Arraou/Denis Gibaud at the Albi circuit at the season opener after four hours of racing and achieved second place overall in the field of 23 teams.

Success on the Nordschleife: Team Giti Tire Motorsport by WS Racing was the only competitor in the SP8 class and clinched a class victory at the fourth round of the Nürburgring Endurance Series. Niklas Kry and the Dane Henrik Bollerslev completed 21 laps in the four-hour race with the Audi R8 LMS GT4.

Two victories for BF Motorsport in Italy: Eric Brigliadori experienced a perfect race weekend at the second event of TCR Italy. The Audi privateer finished the first sprint at Misano on the track in second place. However, the race control later awarded him victory after having ruled out the victorious Hyundai driver Felice Jelmini due to a technical offence. In the second sprint Brigliadori in the Audi RS 3 LMS clinched a convincing victory under his own steam. The 20-year-old junior driver in the Audi defeated the leading Hyundai driver Marco Pellegrini with an overtaking maneuver on the inside of the last corner and crossed the finish line 1.1 seconds ahead of him. As a result, Brigliadori moved up to second place overall in the standings after two of six events and leads the junior classification.

Podium in the Eifel: The long-standing Audi customer team Bonk Motorsport collected another trophy on the Nordschleife. Michael Bonk and teammate Hermann Bock clinched third place in the SP3T class in a field of nine contenders at the fourth round of the Nürburgring Endurance Series in the Audi RS 3 LMS.