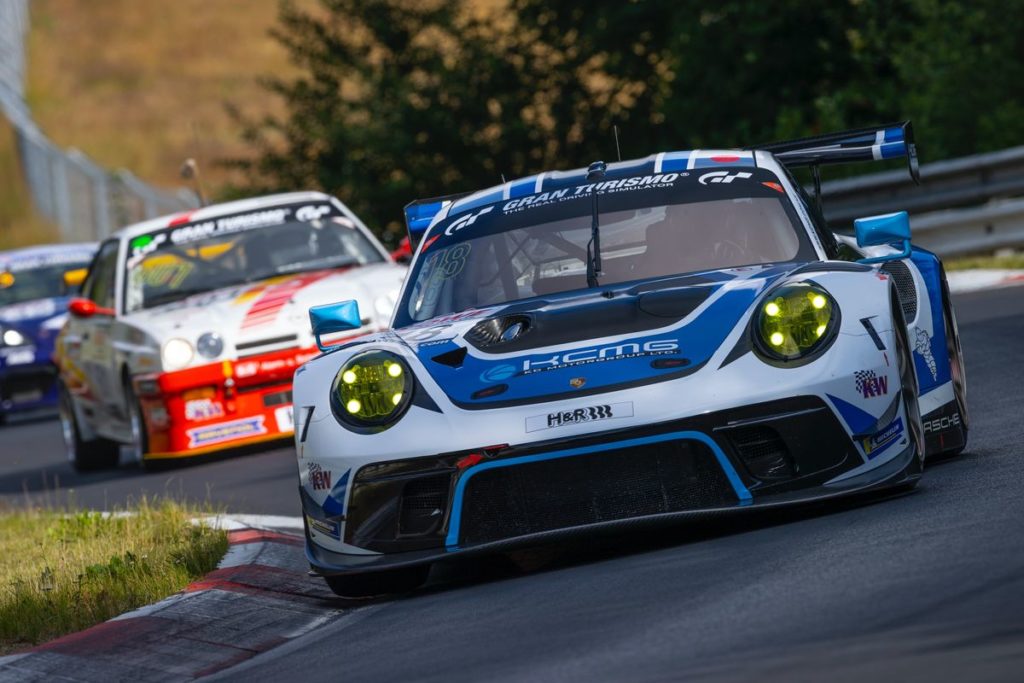 Utilising the Porsche 911 GT3 R around the Nordschleife for the first time, the KCMG squad qualified for the Saturday race of the double header in an impressive seventh with its all-factory crew of Romain Dumas, Patrick Pilet, Dennis Olsen and Richard Lietz onboard the #18 car. 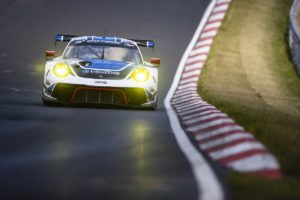 The main objective of the weekend was to do as much mileage as possible, building on the information gathered during KCMG’s inaugural assault on the Eifel enduro last season while also learning a new car. Not only was it a clean weekend for both cars, but the #18 car took a pair of top 10 finishes, including eighth in Sunday’s race as the highest-finishing Porsche.

It was also an impressive debut in the Porsche 911 GT3 R for Edoardo Liberati and Josh Burdon who, alongside Porsche veteran Alexander Imperatori, qualified inside the top 20 of the 145-car field, finishing 18th and 17th in the two races.

KCMG will look to build on the strong foundations laid during the weekend at the fourth round of the 2020 NLS championship on August 1, the final round before the Qualification Race for the 24 Hours.

Romain Dumas, #18 Porsche 911 GT3 R: “It was a nice first weekend with the team and KCMG’s maiden outing with the Porsche. We improved step-by-step which was very positive. We can see the competition is high, but we are always improving so we have to continue to work hard and be ready for the next race in two weeks where I’m sure we’ll be even stronger. We are all very motivated and this is the most important aspect.”

Patrick Pilet, #18 Porsche 911 GT3 R: “It was great to be back at the Nürburgring and I feel very integrated into the team, everything went smoothly all weekend. We need to make improvements, there is a lot to learn for the future but I’m still confident in our potential for the 24 Hours.”

Dennis Olsen, #18 Porsche 911 GT3 R: “Overall it was a good first experience with the team. I think we did the maximum we could, on Sunday we were the best Porsche by some margin. Maybe it was not the best result but we are working hard to improve and come back even stronger for the next race.”

Richard Lietz, #18 Porsche 911 GT3 R: “It was a very nice weekend. I’m happy that we’re finally underway and I was really impressed by the team, it’s immediately clear they have a lot of experience. We still have some things to adapt but my test was positive and I can’t wait to be back for the next event.” 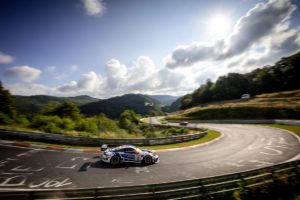 Alexandre Imperatori, #19 Porsche 911 GT3 R: “Given this was our first Nordschleife event with Porsche, we accumulated a lot of miles and learned a lot. It was a big positive getting both cars to end of the two races. There’s still work to be done ahead of the 24 Hours but we’ve taken our first steps and identified the areas to work on.”

Edoardo Liberati, #19 Porsche 911 GT3 R: “Everything went according to plan this weekend, we didn’t have any issues with the cars, and we could maximise our track time to collect data and give feedback which will be very useful for the 24 Hours. My thanks to KCMG who have been working hard to prepare the cars, now we’re aiming for more at the next race.”

Josh Burdon, #19 Porsche 911 GT3 R: “It was great to be back on a race track after such a long break. It was a busy weekend of learning for myself and the team with this being our first weekend with Porsche at the Nordschleife. We gathered a lot of good data to analyse and I can’t wait for the next race.”

Paul Ip, KCMG Founder: “Our first weekend with Porsche at the Nordschleife couldn’t have gone much better. On such a treacherous circuit, it’s clear that finishing the race is a challenge in itself, but we got both cars across the line in the two races and being the best-placed Porsche on Sunday was the cherry on top. This weekend was all about data gathering, learning the car and getting feedback from the drivers, and we certainly maximised those opportunities. Now we have to make some adjustments in preparation for the next NLS race.”