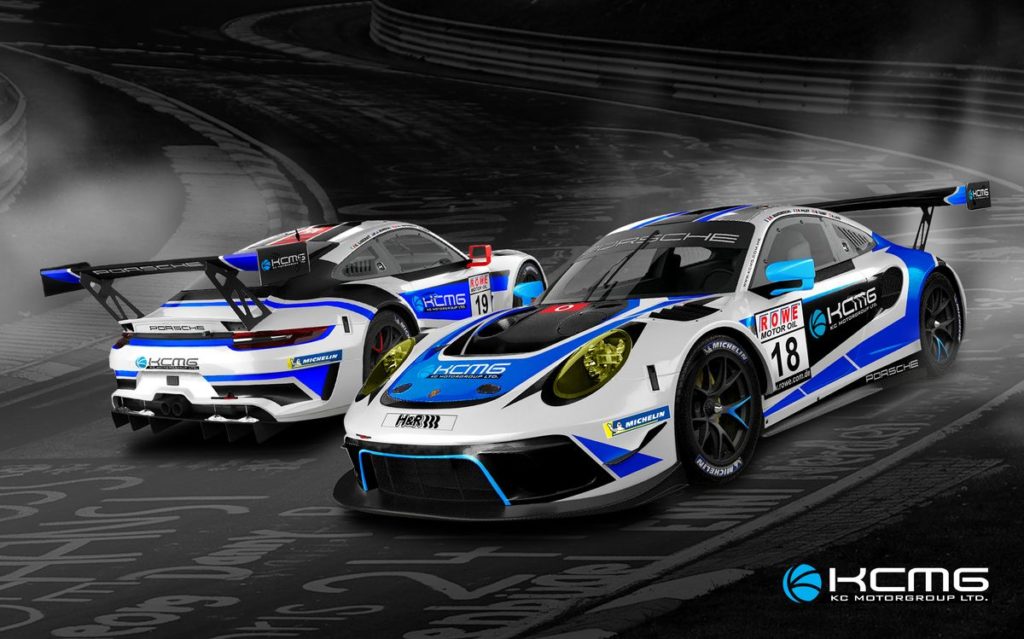 KC Motorgroup Ltd. (KCMG) will begin its preparations for the 2020 Nürburgring 24 Hours this weekend at the second and third round of the Nürburgring Endurance Series (NLS, previously VLN) with two Porsche 911 GT3 R.

Competing with the historic German manufacturer for the first time at the Nordschleife, KCMG aims to build on the knowledge of the famous Green Hell it developed last year while simultaneously learning a new car. The Stuttgart-based marque has won the 24 Hours 12 times, most recently in 2018, making it the second-most successful at the Ring.

The #18 car features an all-factory line-up with Patrick Pilet and Richard Lietz, who were part of Porsche’s 2018 winning quartet. The former has raced the 24 Hours every year since 2013. They are joined by twice overall 24 Hours of Le Mans winner Romain Dumas, who is also one of the most accoladed drivers at the Nordschleife enduro with four victories, and reigning Intercontinental GT Challenge champion Dennis Olsen.

Three of KCMG’s 2019 drivers return in the #19 machine. Alexandre Imperatori brings a wealth of knowledge with six Nürburgring 24 Hours starts under his belt, as well as Porsche experience having competed with its various GT3 cars since 2011. His co-drivers Australian Josh Burdon and Italian Edoardo Liberati look to build on their inaugural N24 experience from last season. Both drivers performed well during KCMG’s various 2019 programmes.

NLS has introduced a number of safety measures to ensure we all go racing safely. KCMG will be adhering to these and has its own procedures in place as the health of its drivers and crew is our utmost priority.

The two Saturday and Sunday events will follow the same schedule, with a 90-minute qualifying session commencing at 8:30am (local time) before lights out for the four-hour race at noon. 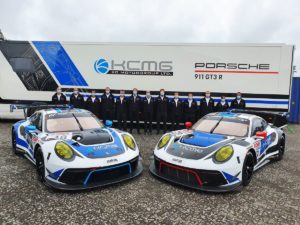 Patrick Pilet, #18 Porsche 911 GT3 R: “I’m really excited to finally jump back in the Porsche, especially at the Nordschleife, my favourite race track, and to be racing with KCMG for the first time. I’m looking forward to working with the team. I believe we have a strong package and we will do everything we can to be prepared for the 24 Hours.”

Dennis Olsen, #18 Porsche 911 GT3 R: “It’s exciting to be back racing again. I drove in the first NLS round so I already feel prepared for the weekend. This is a great opportunity to race for KCMG and I can’t wait to get started. Even though it’s our first race together, our goals should be high and we’ll perform at our best.”

Romain Dumas, #18 Porsche 911 GT3 R: “I’m very happy to join the team, it will be my first time with KCMG, and to be back at the Nürburgring which for me is the best place in the world for motorsport. This is the team’s first time with the Porsche but I’m sure we will progress quickly and we can prepare well for the 24 Hours.”

Richard Lietz, #18 Porsche 911 GT3 R: “I’m looking forward to this new challenge. Our main goal is to find the rhythm, improve the set-up and create a good team spirit. After this weekend we’ll know a lot more about the squad and car as we prepare for the 24 Hours.”

Alexandre Imperatori, #19 Porsche 911 GT3 R: “I’m excited to finally get the 2020 season started and go back to racing. It’s been a long wait but we have used this time to prepare for our maiden outing with Porsche at the Nordschleife. I’m looking forward to reuniting with the team and my co-drivers despite these special conditions. We still have a lot of work to do to be ready for the Nürburgring 24 Hours but we are more motivated than ever.”

Josh Burdon, #19 Porsche 911 GT3 R: “It’s really motivating to be back racing after the tough few months we’ve all had with motorsport on hiatus. It’s our first event in the Porsche and to be at the Nürburgring again is very special. I can’t wait to see the crew and get to work.”

Edoardo Liberati, #19 Porsche 911 GT3 R: “We are finally back on track, I’ve been waiting for this moment for four long months! I’m looking forward to racing on the Nordschleife with Porsche for the first time, I already feel confident after a strong winter test. It’ll be exciting to see the KCMG family again while also respecting NLS’ safety protocols.”

Paul Ip, KCMG Founder: “We’re finally back in action at one of motorsport’s most iconic venues to launch our new GT programme with Porsche. I’m very pleased to welcome Patrick Pilet, Richard Lietz, Romain Dumas and Dennis Olsen to our racing family. We also welcome back to the team Greg Wheeler, who was our lead engineer during our golden LMP2 campaign that yielded a 24 Hours of Le Mans class victory in 2015. This attempt to conquer the Nordschleife with our new machines in these new conditions will be quite a challenge, but we’re up for this new adventure and here to savour every second of it.”