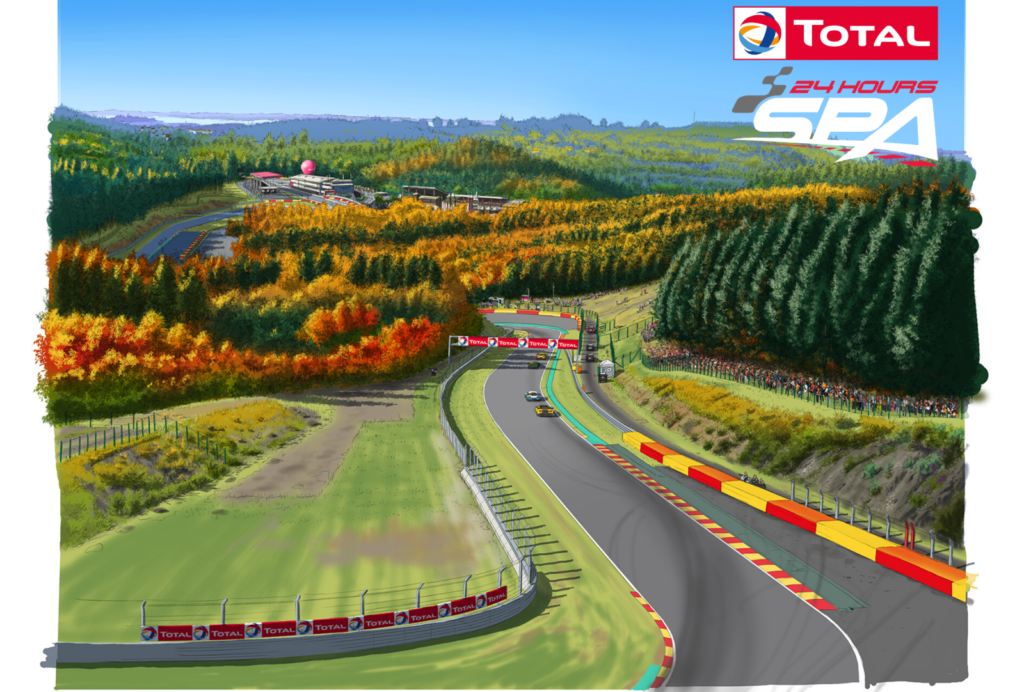 The Total 24 Hours of Spa will celebrate a once-in-a-lifetime autumn edition later this year by adding an extra hour of competition to its blue riband endurance race.

The 22–25 October event will coincide with the end of Central European Summer Time, meaning clocks will move back by one hour at 03.00 on Sunday morning. With the start taking place at 15.30 on Saturday and the chequered flag flying at the same time on Sunday, the duration will therefore expand to 25 hours for the first time in the race’s long history.

This will contribute to a truly unique atmosphere at the Belgian classic, with autumnal colours adding a distinctive look to the familiar Ardennes backdrop and competitors tackling more night running than ever before.

Representing the marquee round for both GT World Challenge Europe Powered by AWS and Intercontinental GT Challenge Powered by Pirelli, the race will conclude a week of activity in the Ardennes. Before it gets underway, a quartet of high-level support categories will provide the ideal warm-up act for the big show.

The excitement of GT4 European Series and Lamborghini Super Trofeo competition will be especially familiar to Spa aficionados, with the former returning to the event for the first time since 2014. There will be single-seater action courtesy of Formula Renault Eurocup, which made its maiden appearance on the Spa support bill in 2018 and provides some of the continent’s best junior racing.

What’s more, the ultra-competitive TCR Europe will join the line-up for the first time this year. With action-packed races featuring the continent’s leading touring car competitors, the series will provide the ideal addition to the Total 24 Hours of Spa festivities.

Teams will begin installing at Spa-Francorchamps on Monday 19 October, building the paddock that will form their base of operations over the following seven days. Tuesday will see the traditional Total 24 Hours of Spa Bronze Test, while Wednesday will be reserved for off-track activities. The competitive action shifts up a gear on Thursday, while support series races begin on Friday 23 October and continue into Saturday morning.

Finally, this year’s running of the Total 24 Hours of Spa will begin at 15.30 on Saturday afternoon, concluding 25 hours later at 15.30 on Sunday. A detailed timetable will be revealed in the coming weeks.