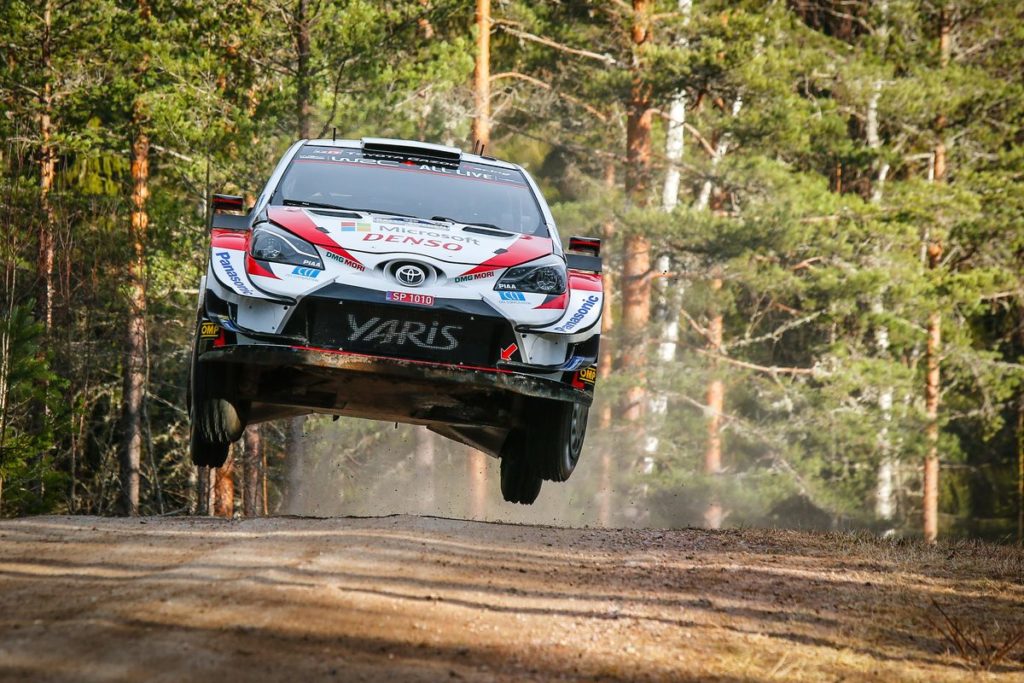 The Toyota Gazoo Racing World Rally Team heads to Rally Mexico (March 12-15) – the first true gravel event of the season – aiming to continue its impressive start to the 2020 FIA World Rally Championship and achieve another top result. Elfyn Evans travels to Mexico leading the drivers’ championship for the first time after his win on Rally Sweden, with team-mate Sébastien Ogier (a five-time winner of Rally Mexico) just five points behind, while Kalle Rovanperä is fresh from his record-breaking maiden podium on the previous event.

After the winter conditions of Rallye Monte-Carlo and Rally Sweden, Rally Mexico provides a considerable contrast for the teams and drivers. It is usually one of the warmest events of the season, with ambient temperatures that can reach 30°C, and is also the highest round on the calendar, with the route climbing to 2737m above sea level. At such altitude, the thinner air reduces engine power by as much as 20 per cent.

As usual, the rally will start in colourful Guanajuato on Thursday evening, where fans will be treated to double the action with two competitive runs through the city’s streets and tunnels. There will be a total of 10 stages on Friday, including a loop of three gravel stages run twice. The morning is followed by a new test at Guanajuato Bicentennial Park, and the afternoon completed in host city León by two runs around the local racing circuit and a short street stage. Two more laps of the racing circuit plus a different street stage adjacent to the service park round out Saturday’s action, after another three repeated gravel stages. There are three more stages to end the rally on Sunday, with El Brinco hosting the Power Stage finale.

Quotes:
Tommi Mäkinen (Team Principal) : “It has been a brilliant start to the season for the whole team and, of course, we hope to keep it going in Mexico. It is a rally where we know that the altitude and the high temperatures can make it tough for the cars. We have worked very hard and improved a lot in this area since we started: We already saw there last year that we had no issues with the cooling, and the speed was very good too. So I am feeling confident that we can go there and have another strong rally with our three crews, who have all settled in to the team incredibly well so far.”

Sébastien Ogier (Driver car 17) : “It’s always a great feeling every year to go to Rally Mexico. I have so many good memories there: It was my first WRC event back in 2008, when we started with a win in the Junior category, and since then we’ve had a lot of good results there. I have had the chance to do two days of testing in Spain recently, and I think the first feeling with the car on gravel is really good. After two events where we had some good pace but didn’t manage to claim a win yet, this will definitely be the target in Mexico. With more mileage in the car now, I start to feel more and more comfortable in the Yaris WRC. Being third on the road is not a bad starting position, and our plan will be to try to fight as hard as we can for the victory.”

Elfyn Evans (Driver car 33) : “It’s obviously been a great start to the year with the team, and I’m looking forward now to the first gravel event of the season. In a way, Mexico is quite like the first two rallies of the year, in that it has its own specific challenges that we have to try and adapt to. And this year, it’s another new surface for us to get used to with a new car. But we found a good feeling in the first two rounds, and we hope to do the same in Mexico. Leading the championship does mean we will be opening on the road on Friday, which will not make it easy for us, but we almost have to forget about that and just focus on the job in hand.”

Kalle Rovanperä (Driver car 69) : “The pre-event test in Spain was the first time for me on gravel in the Yaris WRC, but I was getting used to the feeling more and more. We tried a few different setup options and I think we found a good compromise. I competed on Rally Mexico two years ago, and the main difficulty there is the high altitude, which means you need to adapt your driving style. Sweden was of course a very nice rally for us, but I think that Mexico could be one of the trickiest events for me this year with my experience, and we will have to see how it goes.”

0 0 0 0 0
Previous : Hyundai Motorsport is gearing up for the third round of the 2020 FIA World Rally Championship (WRC)
Next : FIA Motorsport Games expands to 15 disciplines for second edition