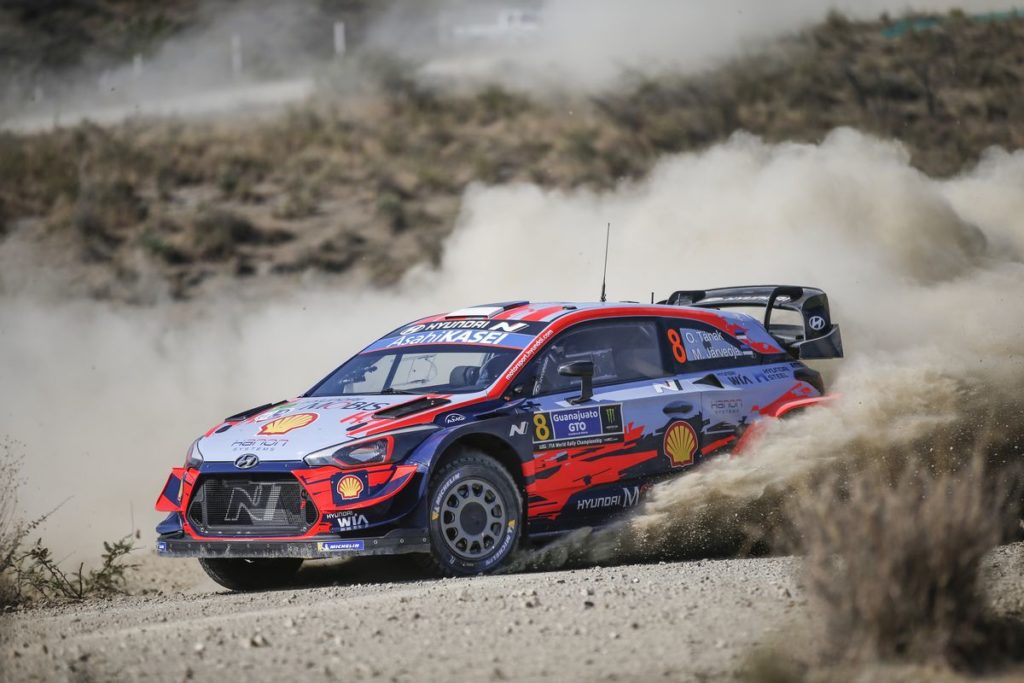 Hyundai Motorsport has endured a difficult start to Rally México, the third round of the 2020 FIA World Rally Championship (WRC) with all three of its crews affected by separate issues on Friday. Ott Tänak and Martin Järveoja are the highest placed Hyundai crew in fourth overall, as they chase a second consecutive podium.

Following an incident for Esapekka Lappi at the end of El Chocolate 2 (SS7), the decision was taken to cancel the subsequent stage. The curtailed schedule concluded with the second Las Minas stage (SS9), two passes through the SSS Autodromo Shell V-Power (SS10/SS11, 2.33km) and a 0.73km Street Stage in León, WRC’s shortest-ever test.

Ott Tänak and Martin Järveoja were forced to mount a bold comeback after running wide on SS4 (Ortega), hitting a stone and losing over 30-seconds of time. The duo had dropped down to eighth but pushed hard to recover places on the following stages.

Belgians Thierry Neuville and Nicolas Gilsoul had held a provisional third place into the afternoon loop but were forced to stop on SS9 (Las Minas) with an electrical problem. The team will investigate the issue in the Service Park and repair the car so the crew can continue on Saturday.

Dani Sordo and Carlos del Barrio, in their first WRC event of the season, were also forced to retire with a terminal engine overheating problem. The Spaniards had lost over five minutes of time in El Chocolate (SS3) and unfortunately retired from the rally for good in the afternoon loop. They will not re-start tomorrow.

Tänak said: “We’ve had a really bad day as a team. We lost a lot of time on the second stage, which dropped us back. I went wide and hit quite a big stone which damaged the rear suspension. We had some spare parts to fix it but not enough, so we had to limp to the end. Thankfully, we didn’t lose too much time, but it made for a difficult Friday. Road position is crucial for tomorrow so I am pleased we could make up some places. Everything is still possible, but it’s certainly more complicated.” 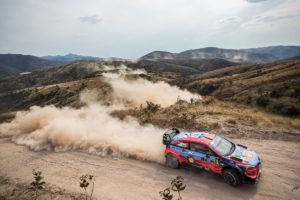 Neuville said: “We started the rally well, considering our starting position, and I felt we had a very good run on the opening stages. We pushed hard and got some good performance from the car. We still needed to find some rear grip, but we made some changes at lunchtime service to improve that. We were still in the podium fight after the second run through El Chocolate. The following stage was cancelled but we were still focused. Unfortunately, something happened with the car in the repeat of Las Minas, which meant we had to stop mid-stage after about 5km. A very frustrating end to a tough day for the team. We hope we can re-join on Saturday, but the team needs to assess the car first.” 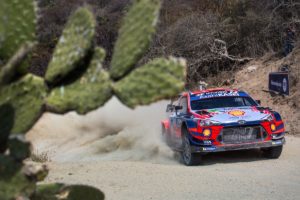 Sordo said: “This was not how we envisaged our Rally México to turn out. We started this morning with high expectations but already in the El Chocolate stage we hit trouble when our radiator pipe came loose. I was driving normally, but clearly it wasn’t fixed tightly enough. We made some repairs and tried to push hard on the following stages but unfortunately the damage to the engine forced us to stop in the afternoon loop. These things can happen; we are all human and we have to recover from this disappointment as a team. Of course, it’s hard to take when we had such big hopes for this event but that’s rallying sometimes.”

Team Principal Andrea Adamo: “If we look at our performance on the pure gravel stages, we have shown competitive pace in most of them, and taken many stage wins. We take away from Friday a fourth place for Ott and Martin, fighting for the podium positions, but also leaves a sense of regret for where they might have been without the small touch this morning. These things can happen in motorsport. What cannot happen are the problems we encountered with Dani and Thierry. We have to deeply analyse and understand what exactly has happened today.  We are not in the rally for the statistics; we are here to win, and these things should not occur with a professional team with aspirations of a world championship.”