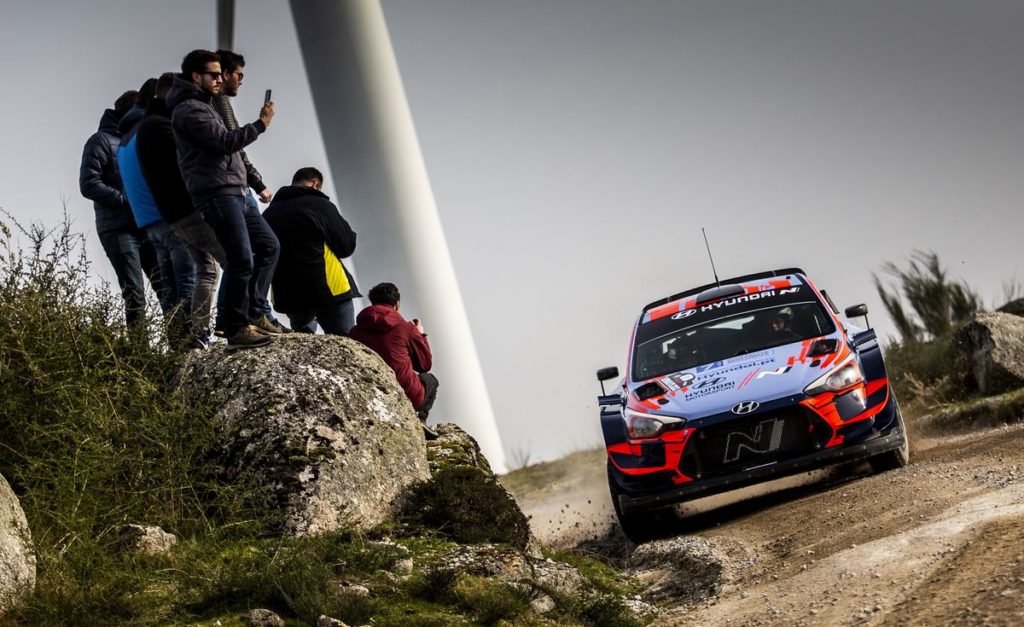 Hyundai Motorsport joined in the action at Rally Serras de Fafe e Felgueiras, the first round of the Portuguese Rally Championship, with two Hyundai i20 Coupe WRC cars this weekend.

Estonian crew Ott Tänak and Martin Järveoja and Spaniards Dani Sordo and Carlos del Barrio tackled the rally as part of their preparations for the next 2020 FIA World Rally Championship (WRC) round on gravel – Rally México (March 12-15).

The popular event gave local rally fans a chance to see the current World Rally Champion team and car in action outside of the WRC.

Tänak – a first timer at Rally Serras de Fafe – took the opportunity to accumulate competitive kilometres in the Hyundai i20 Coupe WRC in preparation for the upcoming WRC runs on gravel. Team-mate Sordo – who won the event last year in a Hyundai i20 R5 – used his appearance in Fafe to get into competition mode ahead of his first WRC outing this year in Mexico.

The event also marked the debut of Hyundai Team Portugal’s national campaign with Portuguese crew Bruno Magalhães and co-driver Carlos Magalhães finishing the event in second proving once again the performance and reliability of the Hyundai i20 R5. Russians Nikolay Gryazin and Yaroslav Fedorov used the event as a warm-up for their next WRC 2 outing at Rally México but unfortunately had to retire on the penultimate stage of the rally when they were in the lead. A third i20 R5 competed at Rally Serras de Fafe e Felgueiras with local driver João Correia at the wheel.

National regulations allow WRC cars to enter Portuguese Rally Championship events as an opportunity to run in a competitive environment, though they are not eligible to score points.

Sordo said: “It’s always a pleasure to come to Portugal and drive the iconic stages of Rally Serras de Fafe. We enjoyed driving the Hyundai i20 Coupe WRC here and giving the Portuguese fans the opportunity to see the car in action in their national championship. There were a lot of supporters who travelled from Spain as well, which is always nice to see. We worked together with Ott and the team to find different solutions and a good set-up for our Hyundai i20 Coupe WRC on gravel. It was really important for us to get into a rhythm before Rally México, and Rally Serras de Fafe was a perfect opportunity to do just that.” 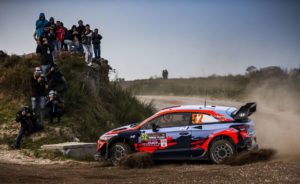 Tänak commented: “We used this weekend to get more seat-time and competitive mileage with the Hyundai i20 Coupe WRC ahead of the upcoming gravel rallies.  It’s always nice to drive at such a popular event and on iconic stages familiar to us from Rally de Portugal. It was a productive weekend as we worked closely with the engineers and Dani to find some good settings for our car on gravel. We had a test in the south of Spain earlier this week to prepare for Mexico but of course it’s always helpful to have more time in the car, especially in competitive mode as we had here in Fafe.”

Hyundai Motorsport Team Principal Andrea Adamo said: “Rally Serras de Fafe was a perfect opportunity to work again closely with Hyundai Portugal. We brought two WRC cars here to support the debut of their national campaign with the Hyundai i20 R5 and their marketing activities – reaffirming the commitment we have towards our customers. I would like to thank them for the warm welcome in their home country and for all the help they have given us again this year.”