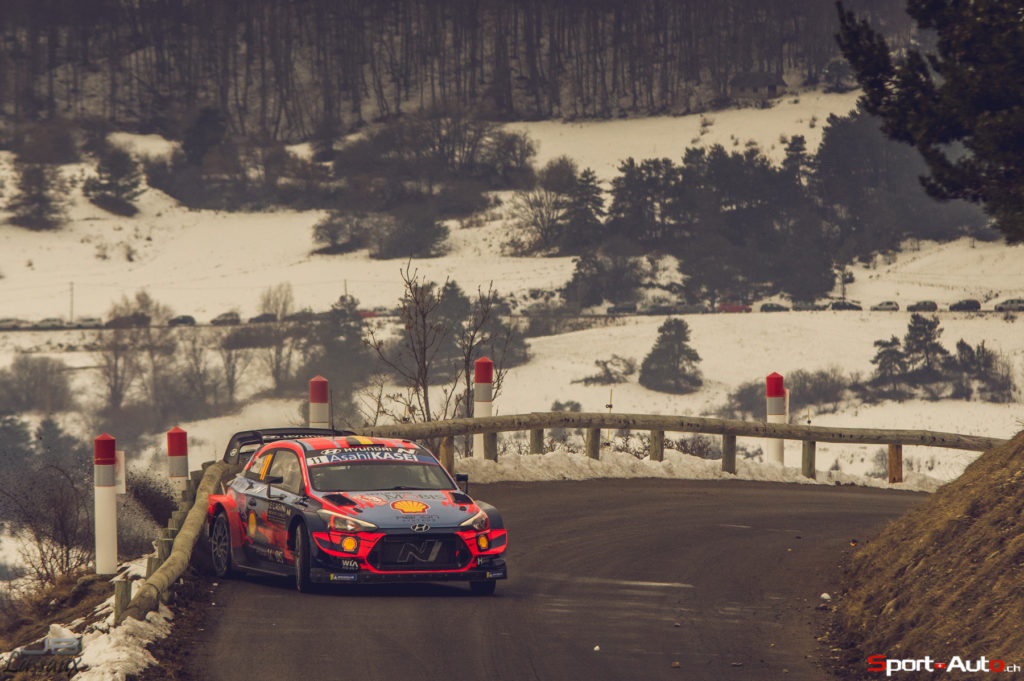 Hyundai Motorsport remains in contention for a victory push in Rallye Monte-Carlo, the first round of the 2020 FIA World Rally Championship (WRC) at the conclusion of the penultimate day.

Thierry Neuville and Nicolas Gilsoul started in the same way they finished Friday’s running – with a confident stage win in SS9. They closed the gap to the rally leader to 5.6s but saw the margin increase again after losing ground in the subsequent stage. Undeterred, they clawed back some of the deficit in the afternoon loop, taking a clean sweep of fastest times in the repeat loop to finish 6.4s from the lead – exactly the same gap as the start of the day.

Sébastien Loeb and Daniel Elena persevered in the #9 Hyundai i20 Coupe to end the day in fourth place overall. Ott Tänak and Martin Järveoja returned to the Service Park today, having been discharged from hospital after overnight monitoring following their crash on Friday. The Estonians were in good spirits and are already looking towards the next round of the championship in Sweden.

Neuville said: “I am happy with what we have achieved today, and with the job of the whole team. We made a big improvement compared to yesterday and I am feeling more confident. Three stage wins out of a possible four and we’re in the fight for victory, that’s the positive we can take away from today. I am pleased with the performance we have delivered. Thanks to the corrections we got from the stages, we were able to push much harder without increasing the risks to go off. That was important and I was confident to give it everything. The plan for tomorrow is to go for the win but trying to be safe at the same time.”

Loeb said: “It has not been a good day for me; I have been struggling to get in the right rhythm. In these conditions, when you are not feeling at 100%, you lose time. The conditions have been difficult to read, with grip levels continuously changing. I made a small mistake in the final stage of the day, when I lost the car and spun on the final icy corner. But overall, we have just tried to stay secure. The three guys in front are flying so now my target to defend fourth place and hope for a better day tomorrow.”

Team Principal Andrea Adamo: “Once again today, I think we have to thank Thierry and Nicolas for the amazing job they have done to allow us to keep up with the leaders. For sure, there have been a few ‘heartbeat moments’ but we are still here and tomorrow, depending on the road conditions, I think there will be the possibility for them to fight for the victory. Again, we are showing that we never give up; we are fighting until the very end in every condition and situation. When it seems as if we are falling back, we catch up again. Today is the perfect picture of our crews and team’s spirit.”