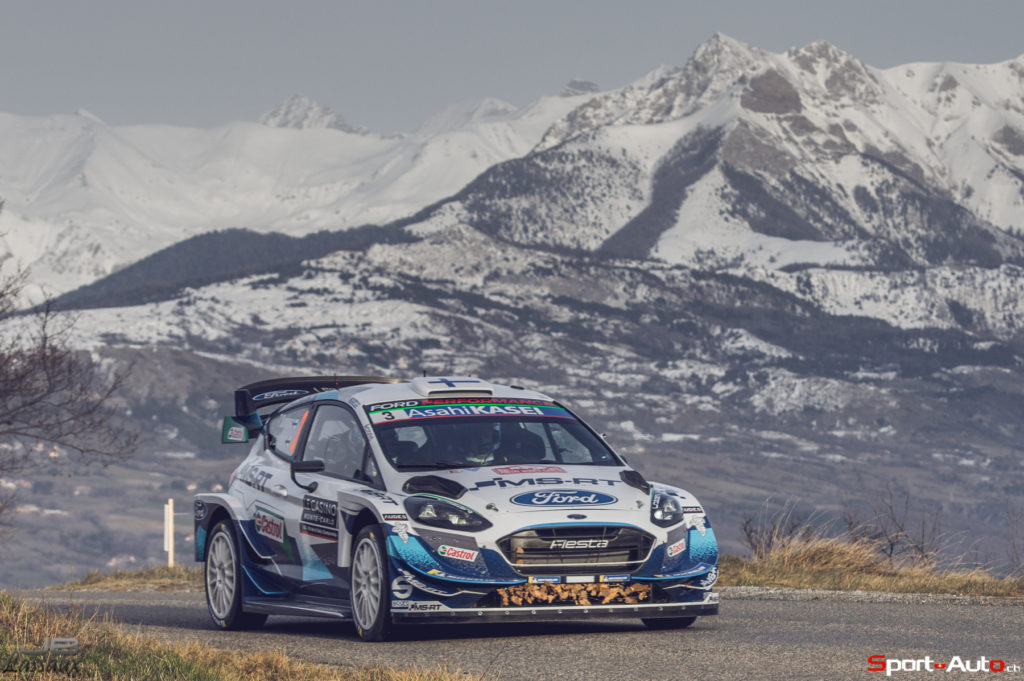 The record started 18 years ago when Carlos Sainz and Colin McRae piloted their Ford Focus RS WRCs to third and fourth places at the 2002 edition of the Monegasque event, and since then the team has secured manufacturer points on every event contested.

A total of 22 drivers and 28 co-drivers contributed to the achievement which includes seven FIA World Rally Championship titles – three for Manufacturers, two for Drivers and two for Co-drivers – as well as an impressive 50 victories and 185 podiums.

The record won’t be beaten for many years to come, and includes some of the most stand-out moments in rallying history.

A one-two finish for Marcus Grönholm and Mikko Hirvonen at Rally New Zealand in 2006 secured Ford’s first world title in 27 years, and that was followed by a second consecutive title at Rally Ireland the following year.

In 2008 Jari-Matti Latvala became the youngest FIA World Rally Championship winner with a maiden victory at Rally Sweden, and in 2011 the Ford Fiesta RS WRC made its competitive debut with a clean-sweep of the podium at the Swedish fixture.

In 2003 Markko Märtin’s victory at Rally Finland warranted a presidential visit, and in 2015 another Estonian made the headlines – Ott’s Tänak’s Fiesta RS WRC resurrected to secure a championship point after being submerged at the bottom of a lake for more than 10 hours.

And in 2017, M-Sport delivered one of the sport’s greatest ever success stories – a private team from the edge of the English Lake District overcoming the might of three of the world’s leading manufacturers to secured the FIA World Rally Championship for Manufacturers, Drivers and Co-drivers as well as the rally win on home soil at Wales Rally GB.

M-Sport and Ford have together made history, and aim to continue making history and creating incredible sporting success stories for many years to come.

M-Sport Manging Director, Malcolm Wilson OBE, said: “This is something I’m extremely proud of and something that I don’t think will be beaten for a very long time, if ever! It’s testament to the incredible team we have at Dovenby Hall – and especially when you consider that we didn’t have restarts when the record began. Dedication and attention to detail is something we pride alongside our passion and commitment to the sport, and that’s played a big part in our reliability and success over the years. I would like to say a huge thanks to all the 22 drivers and 28 co-drivers who made this possible, and an even bigger thanks to all of the personnel who have passed through the doors of Dovenby Hall – without whom this incredible record wouldn’t have been possible.”

Global Director of Ford Performance Motorsport, Mark Rushbrook, said: “M-Sport and Ford have together achieved something unparalleled in motorsport – 250 consecutive WRC points finishes fully reflects the dedication and professionalism of the M‑Sport team and is yet another milestone for one of the motorsport’s most iconic and successful partnerships. When you consider the longest streak of consecutive points for any F1 team was 81 for Ferrari between 2010 and 2014, and then consider the brutal punishment that WRC cars take, it really puts M-Sport’s achievement in perspective. We are so proud of the M-Sport Ford team and look forward to many years of success in the future.”

Showcasing the power and performance of the EcoBoost-powered Ford Fiesta R5 MkII, Adrien Fourmaux and Renaud Jamoul delivered an event-winning performance at this weekend’s Rallye Monte-Carlo; but the Franco-Belgian pairing had to settle for second place in the WRC 2 category.

Taking an early lead, Fourmaux went on to secure seven fastest stage times but his hopes of victory were undone by two punctures – one through ‘Bayons – Bréziers’ on Thursday evening (SS2) and a second through ‘Curbans – Venterol’ (SS6) on Friday afternoon.

Also contesting the WRC 2 category, Rhys Yates and James Morgan delivered a calm and collected drive behind the wheel of their Fiesta R5 MkII. Despite losing six minutes when becoming stuck off the road on the second pass of ‘St-Léger-les-Mélèzes – La Bâtie-Neuve’ (SS11), they persevered to equal their Monte best with fourth place in WRC 2.

Thanks to the combined efforts of Fourmaux and Yates, the M-Sport Ford World Rally Team lead the way in the WRC 2 Championship for Manufacturers.

Elsewhere in the WRC 3 category, ‘PEDRO’ and co-driver Emanuele Baldaccini also overcame two punctures (SS3 and SS6) and were on course to secure a career-best sixth in class before running wide and damaging the radiator of their Fiesta R5 MkII on the penultimate speed test (SS15).

Team Principal, Richard Millener, said: “We saw some fantastic pace from Adrien this weekend. Setting seven fastest stage times, he proved that he and the Fiesta R5 MkII had the pace to win but unfortunately he just didn’t have the luck. One too many punctures meant he wasn’t victorious this time round, but he’s made his mark and I don’t think it will be too long before we see him on the top step of the podium. Rhys too can be really pleased with his performance. Getting to grips with the Fiesta, he improved his pace throughout the weekend and had a good push today – setting some really competitive times through the more consistent conditions. And thanks to his and Adrien’s efforts, the team leads the way in the manufacturers’ championship. And ‘PEDRO’ was also on course for a great result in WRC 3, so it’s a real shame what happened on that penultimate stage. The car just got away from him on a slippery section, but he drove really well this weekend and I hope he takes that confidence forward to his next event.” 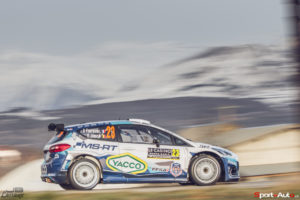 Adrien Fourmaux (2nd WRC 2) said: “It’s been a bit of a frustrating event because we had very good pace all weekend – and if you take all of the punctures that everyone had out of the equation then we would have been leading. But that is rally and it’s just the way it goes sometimes. I’ve been really happy with the car and the team and now we just have to continue like this and keep fighting for the top results at the next events.”

Rhys Yates (4th WRC 2) said: “It’s been a tough event and even though you can never predict the conditions in Monte it seemed especially difficult this year. I made a small mistake on the second stage which put us on the back foot and then we never really got back into our flow. But the team and the car have been spot on, and with the more consistent conditions today we were able to have a bit of a push. I made a bit of a ‘Monte Mistake’ on a slow corner on Saturday afternoon which lost us a lot of time, but otherwise I’m fairly happy with my first time out in a new car.”

‘PEDRO‘ (DNF WRC 3) said: “We were on course for a really good result, but this was a very difficult rally and in Monte-Carlo it’s not over until the final stage. I made a little mistake reading the conditions, and the car ended up off the road. It was a shame to end the weekend like this, but we still got a lot of good experience and I am sure that next year’s Rallye Monte-Carlo will be better.”

0 0 0 0 0
Previous : WRC – Lappi on the hunt for fourth
Next : Double podium in Monte Carlo for new Toyota Yaris WRC drivers