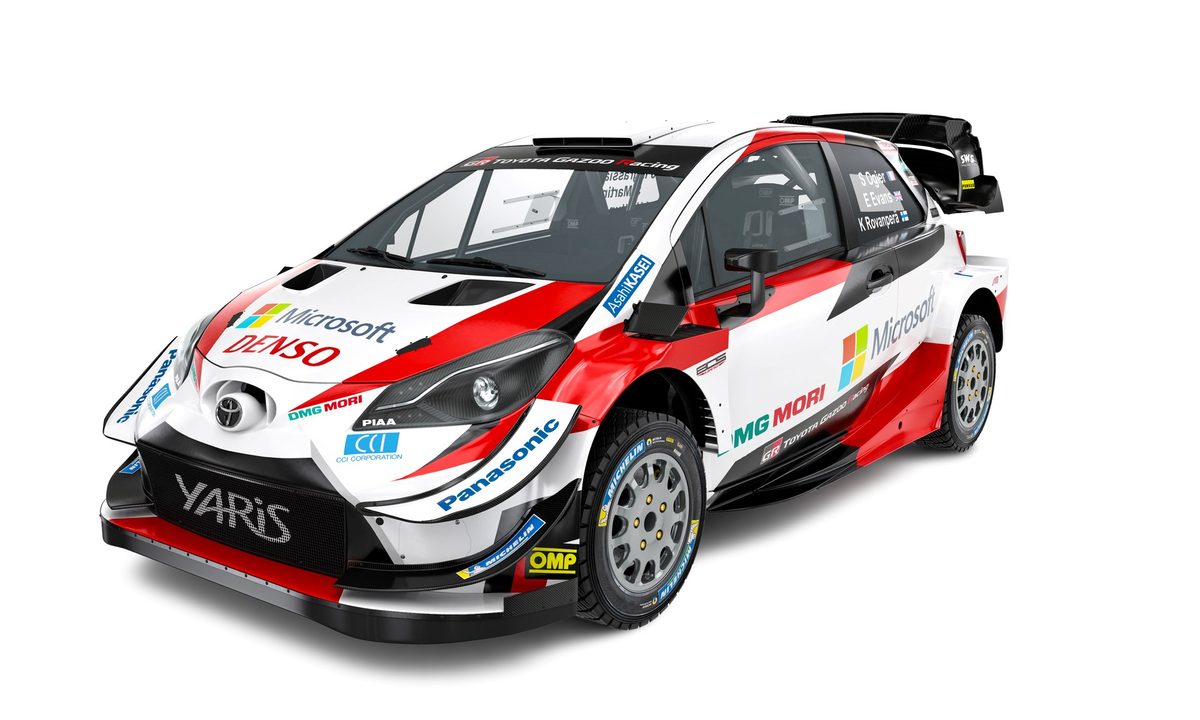 The all-new driver line-up of Sébastien Ogier, Elfyn Evans and Kalle Rovanperä will look to make a positive start aboard the Toyota Yaris WRC when the 2020 FIA World Rally Championship gets underway with one of the sport’s most iconic and demanding events, Rallye Monte-Carlo (January 23-26).

Ogier will begin his quest for a seventh world title on a rally that’s based out of the Frenchman’s hometown of Gap and one that he’s won in each of the last six years. Team-mate and proven rally winner Evans will also target a strong start to an exciting new chapter in his career, while young talent Kalle Rovanperä makes his eagerly-anticipated debut at rallying’s highest level.

Rallye Monte-Carlo provides a challenging place for the trio to get to grips with their new surroundings in the heat of WRC competition. The oldest rally in the calendar, first run in 1911, is notorious for its difficult changeable conditions which can range from dry asphalt to snow and ice – sometimes within a single stage. This makes tyre choice a critical factor throughout the event, with drivers relying on their ice-note crews to provide them with the latest information on stage conditions.

Shakedown takes place close to the Gap service park on Wednesday afternoon before the rally starts from Monaco’s famous harbour on Thursday, followed by two stages in darkness on the way back to Gap. The first of these, Malijai – Puimichel, was last used in 1994. A repeated loop of three stages on Friday includes the new Saint-Clément – Freissinières test to the north east of Gap. Saturday has two well-known stages both run twice prior to the long journey back to Monaco for the final day, which includes two passes over the legendary Col de Turini as well as the La Cabanette – Col de Braus Power Stage.

Quotes:
Tommi Mäkinen (Team Principal)
“Rallye Monte-Carlo is always an exciting event at the start of a new season, and it should be especially interesting this year with many drivers in different cars, and in our case a completely new line-up. It is a rally that we are yet to win as a team, but we have finished on the podium every time and our performance there has been strong. Sébastien’s record on this event is brilliant and he has won it in many different cars, so I am sure that he will be in the fight again even though he will still be getting to know our car. I think it will be similar for Elfyn, who has shown good speed on the Monte before. For Kalle, on the other hand, there will be absolutely no pressure, because this is a really hard rally to make your debut on and one where you need to have experience. But I am confident that as a team we can get a strong result to begin our challenge for this year’s championship.”

Sébastien Ogier (Driver car 17)
“I’m excited to start my first rally in the Toyota Yaris WRC. Every car has different characteristics and it takes some kilometres to learn about them, but so far it has been good in the tests. We want to fight for a seventh title this year, and I believe we can have a good chance with this car. Rallye Monte-Carlo is an event with special emotions for me. I remember at the end of the 1990s, coming to spectate and Tommi was winning a lot – he was the first idol I had in rallying. Myself and Julien obviously have a very strong record too, and every year there is more and more pressure to try and continue that. It’s always a big challenge and one that I definitely enjoy.”

Elfyn Evans (Driver car 33)
“I’m looking forward to Rallye Monte-Carlo and my first event with Toyota. This is the first time in my WRC career that I’ve changed teams, but everybody’s been very welcoming and I’ve got a good feeling in the car, so I’m excited about the season ahead. My first time driving the Yaris WRC was in our test for the Monte in December, and quite quickly I was able to get a nice feeling and some good confidence. On this event the challenge is always the range of conditions you can possibly face. When you’re setting up the car, you need something that gives you confidence and I think we’ve got some good options with that in mind.”

Kalle Rovanperä (Driver car 69)
“Rallye Monte-Carlo will be a special event for me. It’s a big step up from an R5 car, with a lot more power and downforce, but so far I’ve found the Yaris WRC to be quite easy to drive in the tests. Still, I have a lot to learn and I think it will take a few rallies to really adapt to the car and how everything works. I will need to think differently at the beginning of the season, and I hope that I will have the patience for this. I think Monte-Carlo is not the easiest place to start with a new car and a new team. The weather is changing all the time and you cannot always have the right tyre choice for the conditions. It will be a big challenge for us, but hopefully we can make it through.”

0 0 0 0 0
Previous : WRC – Ready to take their chance
Next : Hyundai Motorsport is aiming for a strong start to its seventh season in the 2020 FIA World Rally Championship (WRC) at Rallye Monte-Carlo next week