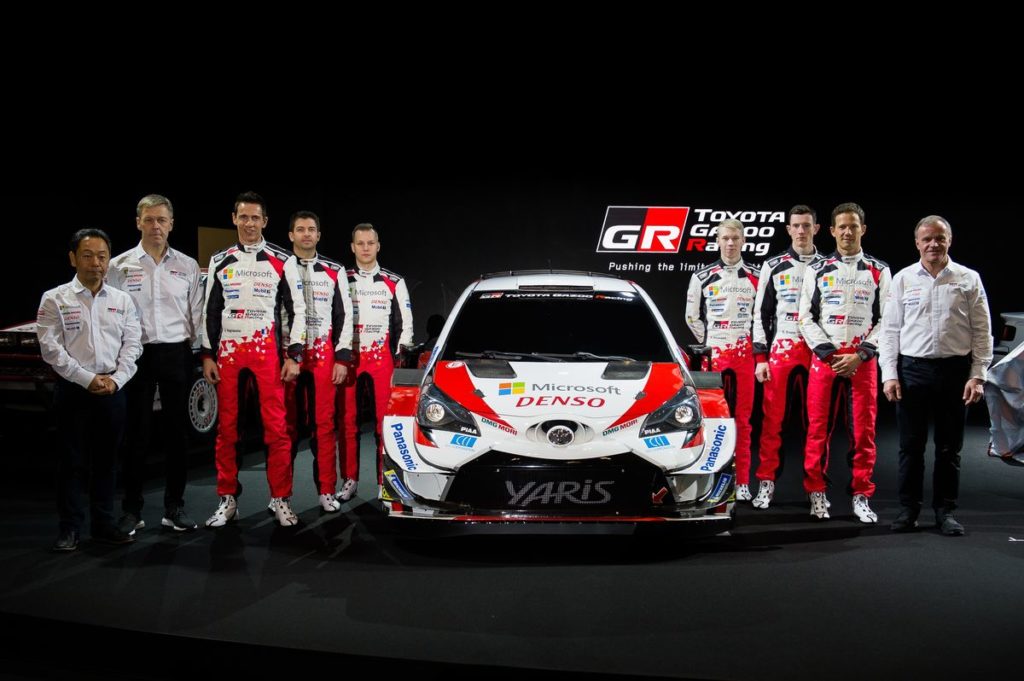 The Toyota Gazoo Racing World Rally Team is launching its 2020 campaign at the Tokyo Auto Salon (January 10-12), with its all-new driver line-up of Sébastien Ogier/Julien Ingrassia, Elfyn Evans/Scott Martin and Kalle Rovanperä/Jonne Halttunen presented together with the Toyota Yaris WRC in front of many Japanese fans.

This is the first time that the team has started its year in Japan, launching a season that will conclude in November with the country’s first FIA World Rally Championship round since 2010.

The appearance at Tokyo Auto Salon also coincides with the world premiere at the show of the new GR Yaris, which incorporates technology and knowledge gained from competing in the WRC.

The Toyota Gazoo Racing World Rally Team is entering the fourth year of its successful return to the WRC, having claimed the drivers’ and co-drivers’ titles in 2019 to add to the manufacturers’ crown won in 2018. The Toyota Yaris WRC continues to constantly evolve, with new developments for 2020 including a reduction in weight as well as an upgraded engine.

With its new drivers providing an exciting mix of speed, experience and youth, the team fully intends to fight on all fronts once again, beginning at Rallye Monte-Carlo on January 23-26.

Quotes:
Tommi Mäkinen (Team Principal) : “It is great to be in Japan to launch our season with our new drivers. We are really looking forward to the WRC returning to Japan this year, so it is nice to start the season here together with lots of Japanese car fans. On the outside, our car looks similar to before, and we are mostly keeping the same package that was strong in many different conditions last year. But we are always working to make some small improvements to make it even better, and we will go into this season with a lighter and more powerful car. I am confident that our talented new drivers will quickly feel comfortable and that we can aim high again this season.”