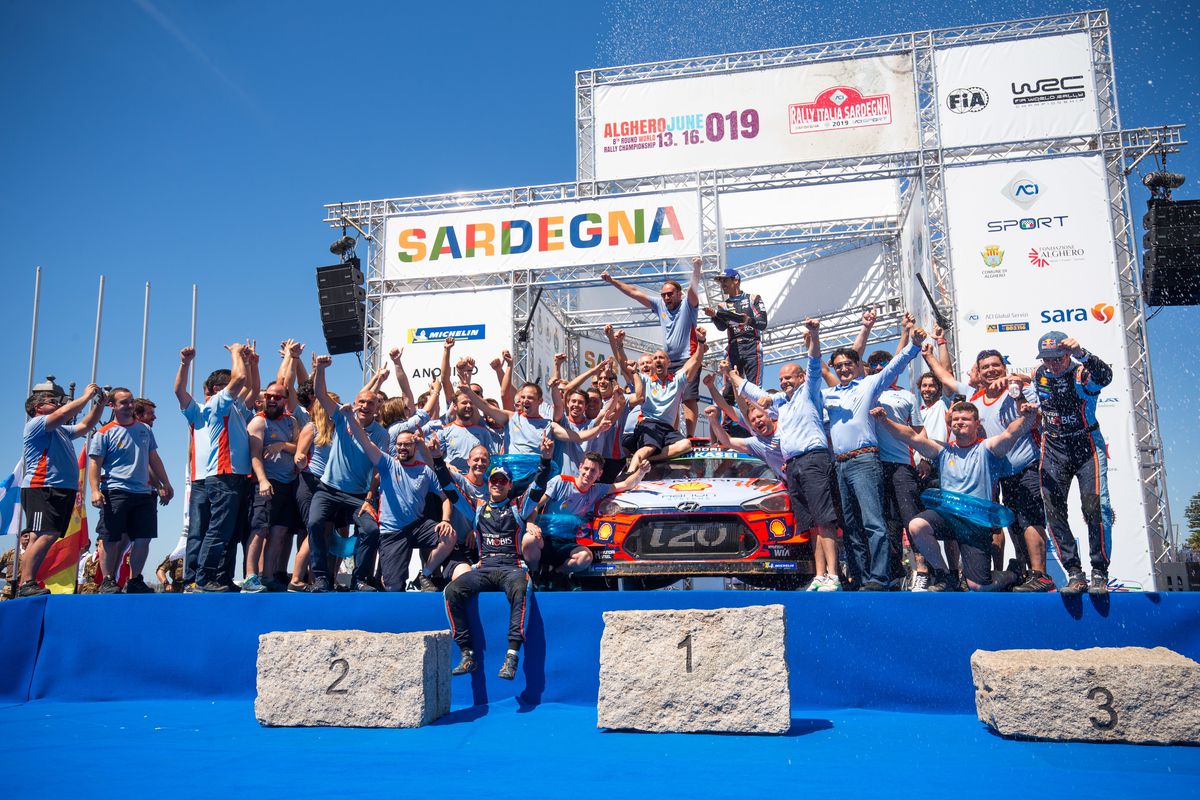 Hyundai Motorsport has been saddened to witness the devastating bushfires in the New South Wales region of Australia, near to where Rally Australia is due to take place.

The organisers of Rally Australia announced the cancellation of the event today. We trust that this decision, taken by the organisers and the authorities, is the correct one and considers the best interests and safety of everyone involved in the rally, and the wider community.

First and foremost, our thoughts and best wishes are with local firefighters, residents and officials who are affected by this critical situation.

With Rally Australia being cancelled, Hyundai Motorsport is mathematically crowned 2019 FIA World Rally Champion for Manufacturers with an 18-point lead after Rally de España.* Feelings are mixed between joy for winning a maiden WRC title and concern for residents affected by fires in the Coffs Harbour area and elsewhere across Australia.

President of Hyundai Motorsport GmbH, Scott Noh said:  “First of all our thoughts are with all those affected by the devastating bushfires in the New South Wales region of Australia and elsewhere. We are immensely proud to secure our first-ever FIA World Rally Championship manufacturers’ title after a highly competitive season against tough opposition. Since the establishment of Hyundai Motorsport in 2012, we have built up a dedicated team at our factory in Alzenau, who have worked tirelessly to achieve this goal. It is a privilege for us to contribute to Hyundai’s global brand strategy through our WRC activities, so this is a special occasion. This is a collective achievement, one that we will share with the Hyundai family around the world. We hope, too, that it will be the first title of many more to come in the future.”

Hyundai Motorsport Team Director Andrea Adamo said: “The cancellation of Rally Australia is the right decision considering the circumstances and our thoughts are with the ones affected by the critical events in New South Wales. From a sporting point-of-view, it is amazing to win our maiden title in the FIA World Rally Championship – this is the result of many years of hard work from everyone at Hyundai Motorsport. This season has been incredibly though and competitive, for sure we wished we could have fought until the end but we can all be proud of all our individual achievements as team members to make this a great collective win. I would like to personally thank everyone at Hyundai Motorsport and all our crews who gave their full dedication from Rallye Monte-Carlo until now.”

*Subject to confirmation of the results by the FIA.