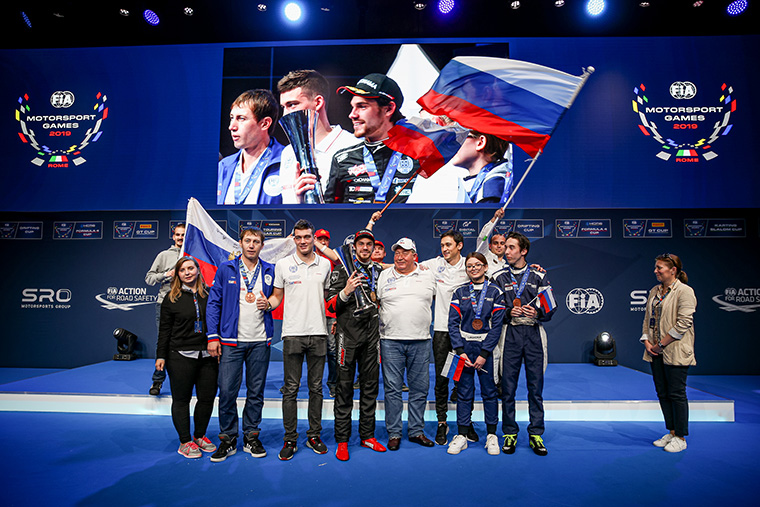 Two more medals – one of them gold – helped Russia become inaugural FIA Motorsport Games champions on the third and final day of competition at Vallelunga.

Australia and hosts Italy finished joint second with a gold and bronze apiece, while third was shared between the Netherlands, Ukraine and Japan, who all won a solitary gold.

All medallists, including those from Saturday’s Digital Cup and Drifting Cup finals, were recognised during this evening’s closing ceremony at Vallelunga where the first-ever FIA Motorsport Games officially drew to a close.

Victor Kiryanov, President of the Russian Automobile Federation: “I am very proud of my drivers and those who have helped the team to win this weekend. I am also proud of the Russian Federation and their support, without which this victory would not have been possible. I would like to thank the FIA President, Jean Todt, for creating this kind of competition, which did not exist before. And I must also congratulate the Italian Federation for being the first to stage the FIA Motorsport Games. It has been a great event.”

Two Safety Car periods and light drizzle played their part in an entertaining medal showdown at Vallelunga where Magnus’ straightforward lights-to-flag victory left Gavrilov with no choice but to finish second.

Hiroshi Hamaguchi and Ukyo Sasahara of Japan took GT Cup gold by triumphing in a rain-affected medal showdown. Hamaguchi started from third on the grid but had soon moved into the lead and handed over to Sasahara with a sizeable advantage.

Heavy rain led to much of the one-hour race’s second half being run behind the Safety Car, though Sasahara looked untroubled during the green flag periods.

Poland collected the silver medal after starting from the front of the grid, rewarding Andrzej Lewandowski and Artur Janosz for a consistent weekend, while Australia took bronze thanks to a measured drive from father-son duo Stephen and Brenton Grove.

The Israeli started from pole and controlled the first half of the 27-minute encounter, which began in damp but drying conditions, but lost the lead to Rosso with just five minutes remaining. He would lose further ground after the subsequent Safety Car period when Kruetten and Alatalo made decisive moves in quick succession.

Nina Pothof and Bastiaan van Loenen clinched Karting Slalom Cup gold at the FIA Motorsport Games by seeing off regional rivals Belgium in a closely fought final contest. The medal hopefuls were whittled down to eight nations on Saturday, with just three rounds remaining on Sunday to decide which young duo would leave Vallelunga with the gold.

And it was the Netherlands who prevailed during a close-run contest in which consistency trumped outright speed.

Antoine Morlet, who shared Belgium’s entry with Manon Degotte, was the star performer during the first runs thanks to a blistering best of 48.929s. The Dutch were close on both, however, and with Pothof and Van Loenen producing consistent efforts it was they who emerged victorious. The winning margin was a mere 3.925s, but it was enough to give the Dutch gold. 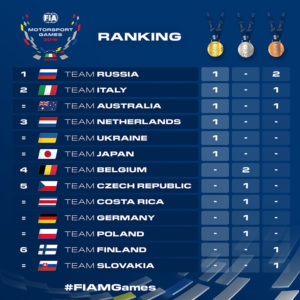