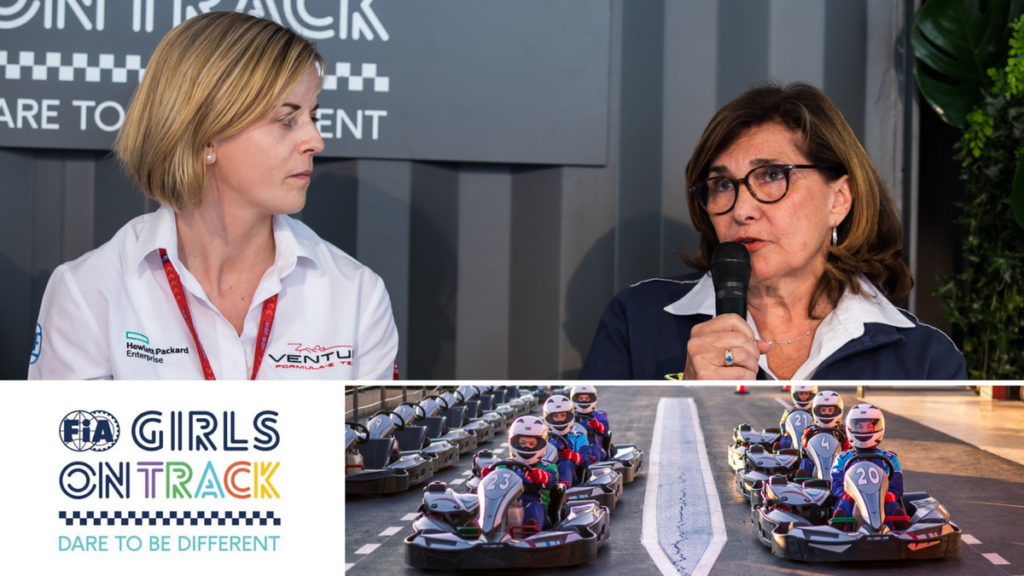 The inaugural edition of the FIA Motorsport Games is set to be staged from 1-3 November in Rome and at the nearby Vallelunga Circuit. Based on the nation versus nation concept, the event will comprise six different disciplines, of which four feature a promising number of female competitors.

In the GT Cup, Christina Nielsen and Flick Haigh will represent Denmark and the United Kingdom respectively, while Spain’s Belen Garcia will race in the Formula 4 Cup and Jessica Bäckman will fly the flag for Sweden in the Touring Car Cup.

Nina Pothof of the Netherlands, Matilde Fidalgo of Portugal, Slovakia’s Barbora Bauerová, Poland’s Sara Sandra Kałuzińska and Anna Glaerum from Sweden are all graduates of the FIA Girls on Track programme.

Representing France, 15-year-old Doriane Pin is the winner of the prestigious Volant Winfield award and has already enjoyed her first single-seater experience, testing a Formula 4 car as part of her prize. Thai racer Sitarvee Limnantharak is an FIA Karting Academy Trophy competitor.

“I am excited to see so many women participating in the inaugural edition of the FIA Motorsport Games,” commented Mouton.

“A promising female single-seater racer will compete in the Formula 4 Cup, while a further two women will take on the many experienced campaigners participating in the GT Cup. Despite her young age, Jessica Bäckman competing in the Touring Car Cup has already established herself as a ‘tin-top’ regular. This is clear evidence that women can successfully participate in every form of motor racing.

“The mixed gender pairings in the Karting Slalom Cup will provide 29 young girls with the opportunity to compete for medals representing their respective countries. For many, this will also be their first experience of international competition, which is an incredible step in their progression.”

On Thursday, ahead of the official Opening Ceremony, the FIA Girls on Track activities will be held at the Vallelunga Circuit.

Serving both a fun and educational purpose, around 120 young girls from local schools will sample the e-karts used in the Karting Slalom Cup. They will also try out simulators and take part in a number of informative challenges addressing such topics as road safety, first aid and environmental awareness.

“The Girls on Track programme promotes motor racing among young females, giving them a glimpse of what the sport is all about, but at the same time it serves an important educational purpose,” said former World Rally Championship event winner Mouton.

“At present, women account for only 5% of competitors taking part in various forms of motor sport around the world. At the FIA Motorsport Games, almost a fifth of entries are female, which is an important and satisfying milestone for everyone involved in Women in Motorsport and testament to the strides we have been making with creating greater opportunities for mixed gender motor sport.”