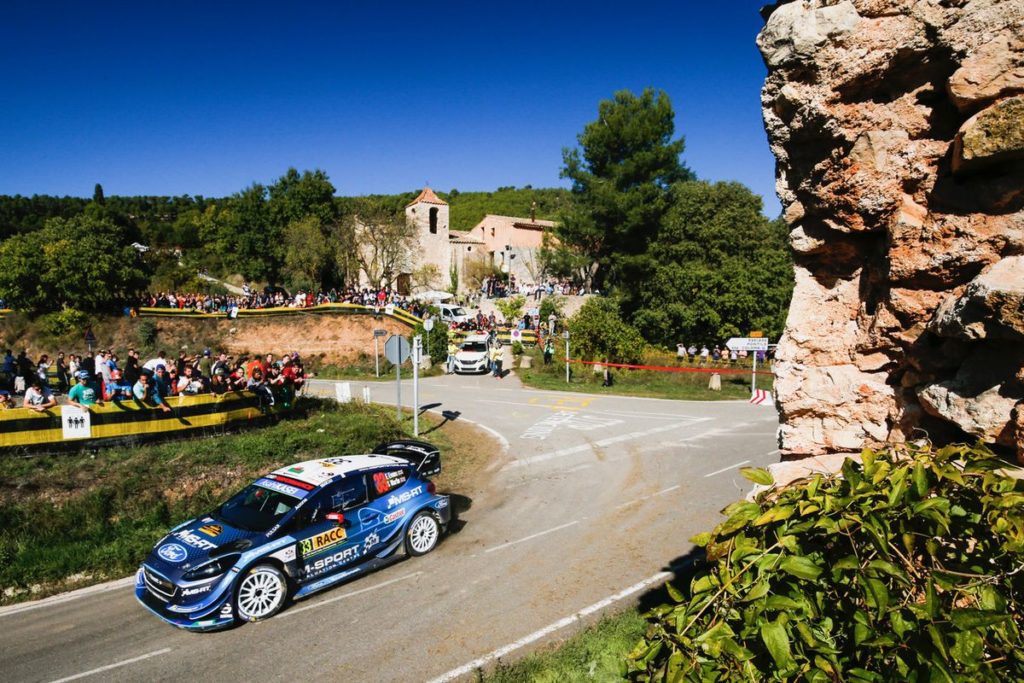 Starting well, Evans continued to showcase the pace of his EcoBoost-powered Ford Fiesta WRC on gravel and was never more than 10-15 seconds adrift of the lead before a misfire cost him 30 seconds through Friday’s closing stage (SS6).

Keen to regroup and demonstrate his skills on asphalt, the Welshman had another good start but struggled to maintain the same feeling. Then on the Power Stage he and co-driver Scott Martin found the sweet spot – reminding everyone what they and the Fiesta are capable of with the second fastest time and securing a strong haul of points to strengthen their championship position.

Losing time through the gravel stages, Suninen admitted that there is more to learn when it comes to managing his tyres through a mixed surface stage. But as the action turned to Tarmac, the young Finn came into his own – a highly consistent performance showing how far he’s come.

Guided by experienced co-driver Jarmo Lehtinen, Suninen improved his pace throughout the weekend and had the better of his vastly more experienced rivals through much of today’s competition – proving his potential and ability to challenge for the top results in the years to come.

Team Principal, Richard Millener, said:A massive congratulations to Ott and Martin on securing their first world title this weekend. The whole team knows how much they deserve this, and they have been sensational this season. I also want to congratulate Thierry, Nicolas, Seb and Julien. We’ve worked with them too, and we know how hard they all work. Together, they’ve delivered a thrilling championship that we’re really proud to be a part of. It’s been a great weekend for the sport, but unfortunately it wasn’t the weekend we were aiming for. We came here wanting to challenge for the top results and although we’ve been there or thereabouts, with some great times, we’ve not ended up where we wanted to be. We saw some strong speed from Elfyn, especially in the Power Stage, and Teemu was really impressive being just ‘three seconds’ away from Ogier on so many stages. But we need to work on maintaining our level throughout the entire weekend. Now there’s one rally left, and one more chance to take a victory this season – so we will continue to put all our efforts into preparing for the finale in Australia.”

Elfyn Evans (6th) said:“Sixth place isn’t the result we wanted this weekend. At times we were able to show the speed we were capable of, but unfortunately we weren’t able to do that all the time and I was struggling with the general feeling. But we made a small change for the Power Stage and I was able to really push. We secured a good result there, and moved up again in the championship which is a positive.” 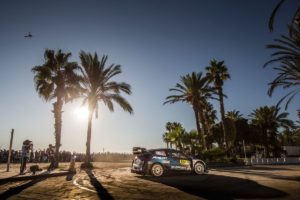 Teemu Suninen (7th) said:“I was really pleased with my pace and consistency on Tarmac this weekend, and now we can focus on the next step which is to be even faster with that same consistency. On the Power Stage I knew I could be fast but I braked too late, touched the rock face, and lost a lot of time. Without that, I know I could have scored some really good points there. Still I am really pleased with my performance, and looking forward to the last rally in Australia.”