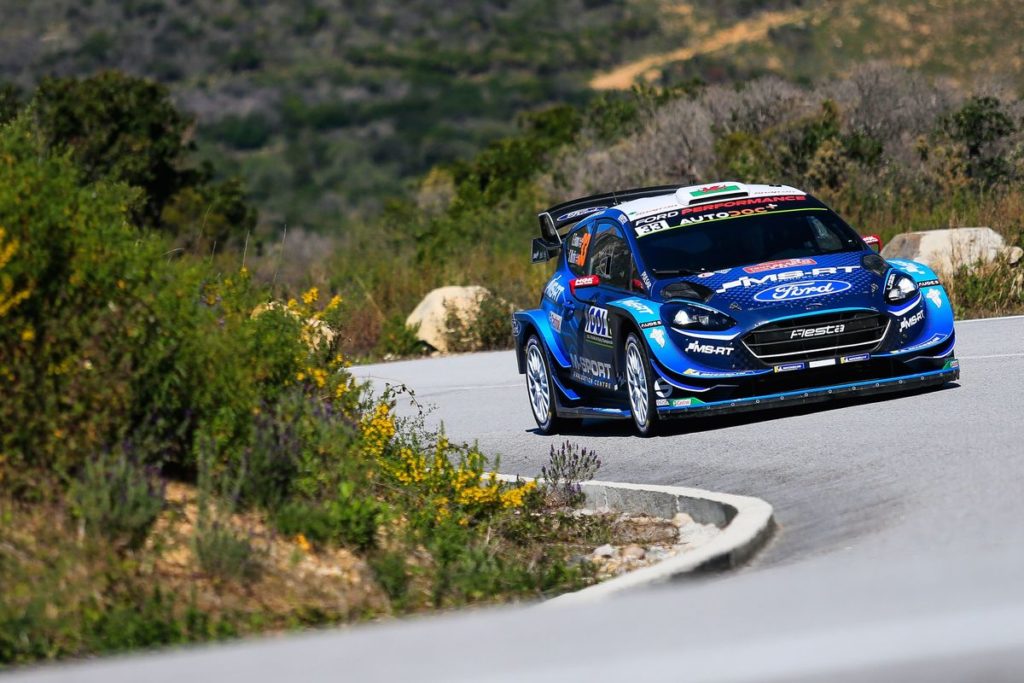 The EcoBoost-powered Ford Fiesta WRC has proven pace on gravel and asphalt, and both crews will be looking to deliver a strong performance next week. Having completed a comprehensive three-day test on asphalt roads around Tarragona, the team are feeling well prepared and ready to push for a top result.

Team Principal, Richard Millener, said: “Having proved our speed on all surfaces over the past 10 months, we’re keen to translate that into another strong result – and that’s something Elfyn and Teemu are both capable of delivering next week. The competition is strong, but so are we and we’ve performed well here in the past. We have two events left this season, and we’re still hungry for that top step of the podium. We secured a double podium here last year, and Elfyn certainly proved his pace in Wales with seven stage wins and the speed to have challenged for the win. Teemu too has come a long way this year, and Spain could provide the perfect platform for him to showcase what he’s learnt. His Tarmac pace has been really impressive this season, so that should work in his favour. This is also an event where the technicians really come to the fore – transforming the Ford Fiesta WRCs from gravel to Tarmac specification in just 75 minutes. Ensuring everything runs as smoothly as possible, the preparation has been done in the workshop this week but when you see it live and against the clock it really is quite impressive to watch.  The full suspension, brakes, gearbox, rear differential, steering rack and cross members are all changed – with the lads working seamlessly as one. If you’re in service on Friday night, I highly recommend getting a good spot to watch!”

RALLYRACC CATALUNYA
RALLY DE ESPAÑA
As the only mixed-surface event on the calendar, RallyRACC Catalunya – Rally de España provides a unique challenge. Testing the world’s best drivers on gravel as well as asphalt, the event also showcases the skills of the technicians as the EcoBoost-powered Ford Fiesta WRCs are converted from gravel to Tarmac trim in an extended 75 minute service on Friday evening.

Narrow and twisty loose-surface stages in the mountains west of Salou start the rally before the action turns to the circuit-like asphalt the event has become famed for. The crews must adapt quickly to the demands of driving on different surfaces, and the technicians must ensure they deliver a car capable of peak performance no matter the terrain.

Attention to detail is paramount, and the team are well prepared for the biggest service of the year. Taking precise measurements and geometry of both specifications in the workshop this week, our engineers and technicians have taken detailed steps to ensure everything is millimetre-perfect when they come to make the change live and against the clock.

ELFYN EVANS
SCOTT MARTIN
Elfyn Evans and Scott Martin proved ones to watch when they returned to competition earlier this month. Setting seven fastest stage times through the forests of Wales Rally GB, the British pairing had rally-winning pace and will be keen to see that continue next week. Evans has good knowledge of the Spanish stages, and will want to replicate the podium he secured at the event last year.

Elfyn Evans said: “It was great to be back in Wales, and to see that our pace was strong enough to challenge for the top results. We want to see that pace continue in Spain and I see no reason why we can’t do that. I feel as though we have some unfinished business this year, and I’m keen to deliver some strong results over these final events. As the only mixed-surface event on the calendar there’s nothing else quite like this rally. The gravel stages can be quite technical in places, and the asphalt roads are as close as we get to rallying on a race track in full Tarmac trim. We completed an asphalt test earlier this week and the feeling is good, so I’m really looking forward to getting back behind the wheel and seeing what we can do.”

TEEMU SUNINEN
JARMO LEHTINEN
Proving his speed on all surfaces this year Teemu Suninen has also developed a consistency under the guidance of experienced co-driver Jarmo Lehtinen. The battle of the Finnish drivers is one of the tightest in the championship with Suninen, Lappi and Latvala all separate by a single point – and the youngest Finn wants to come out on top!

Teemu Suninen said:“We completed a three-day test with Elfyn last week, and got to experience three different types of Tarmac roads. We know that the car is very good on this surface, and on gravel as well, so I’m looking forward to showing what we can do next week. My aim is to secure a strong result, and it would be great if we were able to challenge for the podium. The battle between the three Finns in the championship is also really exciting, and I want to do well in that fight. We need to be focused, and I will try to find a good rhythm straight away. This is a rally that I have done every year since 2015, so it is quite familiar and if I can get everything right then I think we can challenge for a good result.” 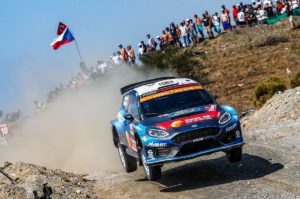 Greensmith and ‘Pedro’ close their seasons

M-Sport will run two EcoBoost-powered Ford Fiesta R5 Mk IIs on the mixed-surface stages of next week’s RallyRACC Catalunya – Rally de España as Gus Greensmith and ‘Pedro’ each contest the final round of their respective seasons.

Having secured victories on the asphalt of Monte-Carlo as well as the gravel of Turkey, Greensmith is a proven competitor on both surfaces and will be keen to challenge for another win when he returns to the WRC 2 Pro series next week.

Contesting his first season in the FIA World Rally Championship, ‘Pedro’ has gained a wealth of experience this year and scored points on three of the four events he has contested with the M‑Sport team – something he’ll be keen to replicate as he completes his WRC 2 season.

Team Principal, Richard Millener, said: “Gus and ‘Pedro’ will both bring their year to a close in Spain, and we’re keen to see them finish what has been two really successful seasons on a high. With these two drivers you can see just how versatile the Ford Fiesta R5 Mk II is, and it’s great to see two very different drivers excelling with this new car at two very different stages of their careers. Gus secured his first victories this year, and has proved himself to be a real contender on gravel as well as Tarmac. He played a role in the development of the Ford Fiesta R5 Mk II, and it was very satisfying for him to secure the car’s first win with stage-winning performances at every event he’s contested so far. He’s given us a few heart-in-mouth moments, but there’s never a dull moment and it’s great to see how he’s developed this year. We’ve also seen a really strong performance from ‘Pedro.’ This is his first season in the FIA World Rally Championship, and he knows how strong the competition is and how vital it is to have experience of the events. But he’s shown some really good speed and become a regular point-scorer in WRC 2 – something we want to help him deliver again next week.”

Gus Greensmith said: “It would be great to round off my season with another win next week. The speed is there and I have a really good feeling with the Ford Fiesta R5 Mk II, so let’s see what we can do. I’d love to repeat my wins from Monte and Turkey – although less dramatically than in Turkey! I particularly like the gravel stages in Spain. They’re similar to the ones you find in Portugal, but with a few added challenges. But the biggest challenge comes on Saturday morning with the change to Tarmac. The technicians change almost the entire set-up of the car on Friday evening, and we have to be quick to adapt straight away. This is where the rally can be won and lost, and you can’t afford to lose any time getting used to the surface change. You need to be on it.”

‘Pedro’ said: “I won three Costa Brava rallies in Spain, but this event is something completely different with two very challenging road surfaces. Firstly we will have to tackle the gravel stages, some of which include stretches of asphalt which is a very demanding experience. Then the mechanics will change the cars and we’ll tackle the Tarmac stages – some of which can get quite dirty with us running further down the field. This won’t be an easy rally for sure, but the important thing for us will be to get the kilometres and the experience.”