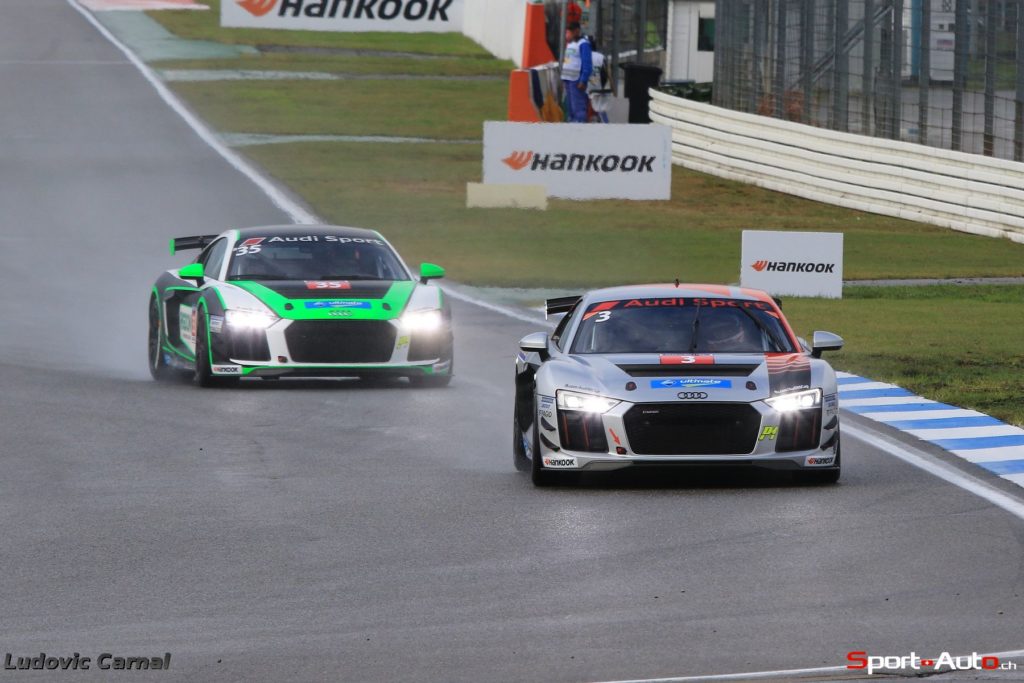 The finale of the Audi Sport Seyffarth R8 LMS Cup delivered suspense up until the end. In the first of two races, Swiss Audi Sport driver Rahel Frey on a wet track fought a gripping battle with her compatriot Rudolf Rhyn, which she won with a one-second advantage. Tim Reiter managed the leap to the third spot. In the duel at the beginning of the second race, Rhyn beat Reiter, who had started from pole position but dropped to fifth position during the race. On the track that was wet again, Rhyn made a small mistake so that Frey was able to overtake him, securing her sixth victory this season in the process. The Swiss also served as a mentor of the Cup this year, assisting the participants with data analysis, line selection and setup questions. Third position in the year’s last race went to Mike Beckhusen. Robin Rogalski only needed fourth place in the first and sixth in the second race to win the one make cup title, which secured the German with Polish roots a test in the Audi RS 5 DTM. Audi has won twelve of 18 races as well as the drivers’, manufacturers’ and teams’ championships in the DTM with the race touring car this year.