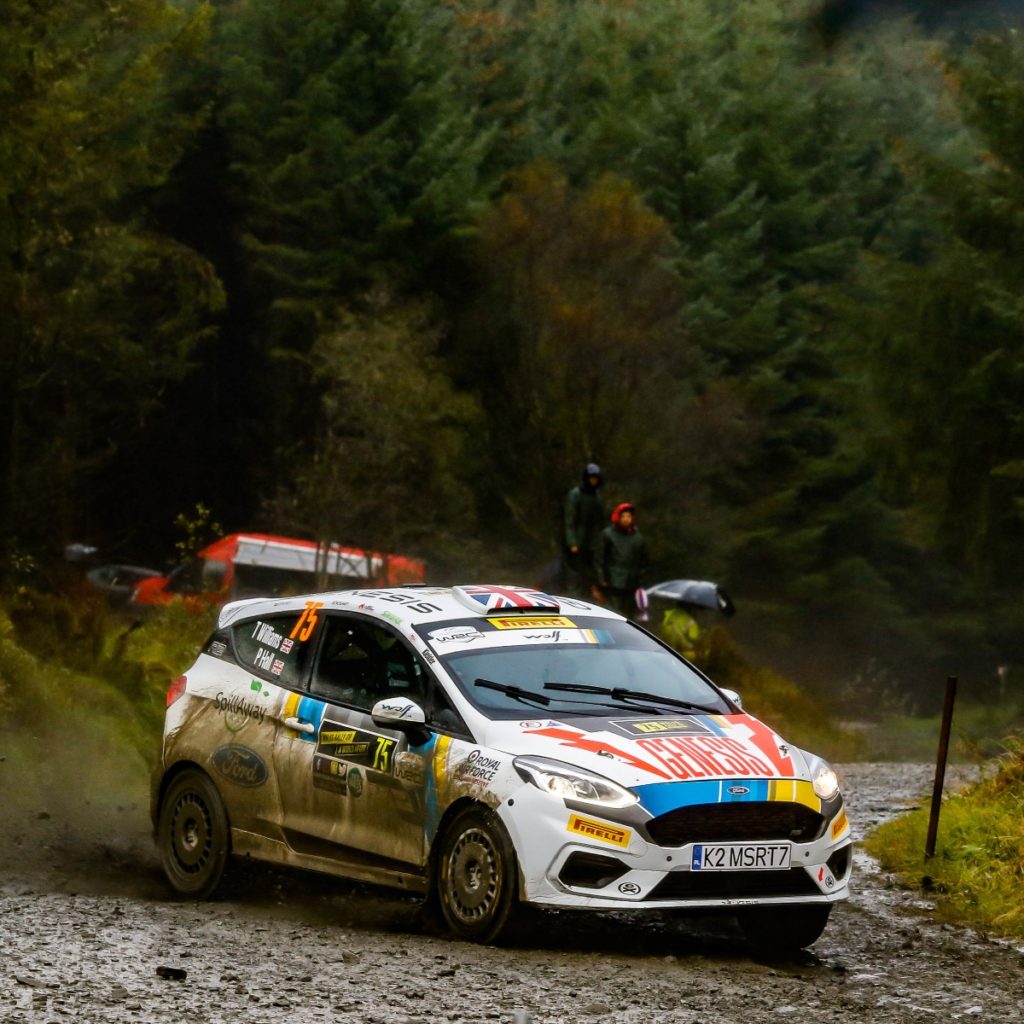 Jan Solans delivered five stage wins throughout the first full day of rallying on Wales Rally GB and now leads the championship. The fight for the 2019 FIA Junior WRC Championship intensified as Tom Kristensson and Jan Solans traded stage wins while Dennis Rådström crashed out early in the rally.

The final round kicked off in Liverpool for the ceremonial start before moving to Oulton Park, a British racing circuit which last hosted the FIA World Rally Championship in 1993. Rådström commenced the final Junior WRC rally of 2019 with an impressive stage win on the super special stage at Oulton Park in unexpected slippery conditions after completing recce on a dry asphalt surface.

The Swede posted a top-three stage time on Elsi 1, the opening stage of Friday, but it would be his only stage of the day thanks to hitting a rock and crashing into a banking on the following stage. He will restart the rally on Saturday, but his title hopes are slim at best.

Roland Poom sat fourth in the championship with an outside chance of claiming the title heading into Wales Rally GB. The Estonian wasn’t able to make the first split of the opening stage on Friday after breaking a driveshaft. It means his chances of claiming fourth in the championship hang in the balance as Sean Johnston and Tom Williams rose to the challenge of Wales Rally GB tussling for the final podium spot throughout Friday.
Solans and Kristensson traded stage wins throughout the day in a nail-biting fight that saw both drivers swap places numerous times. It meant that the duelling pair tied and switched places in the championship thanks to championship points awarded for stage wins.

The pair were a cut above the rest on every stage, leading the field by over two and a half minutes at the conclusion of Friday’s running. Solans delivered a decisive stage win on SS10, out pacing Kristensson by 15.8 seconds to give himself an impressive 16.3 second lead.

Jan Solans said:
“Today has been a very good day and I have grown more and more confident after each stage. It’s my first time on this kind of surface so I surprised myself a little bit with my pace. I am fully focussed on what I need to do right now and taking more stage wins is really helping. It has been a really great fight with Tom so far and I was very sorry to see Dennis drop out so early in the rally and not join us in the championship fight today, it is a reminder of how rallying is and how wide open this title fight is.”