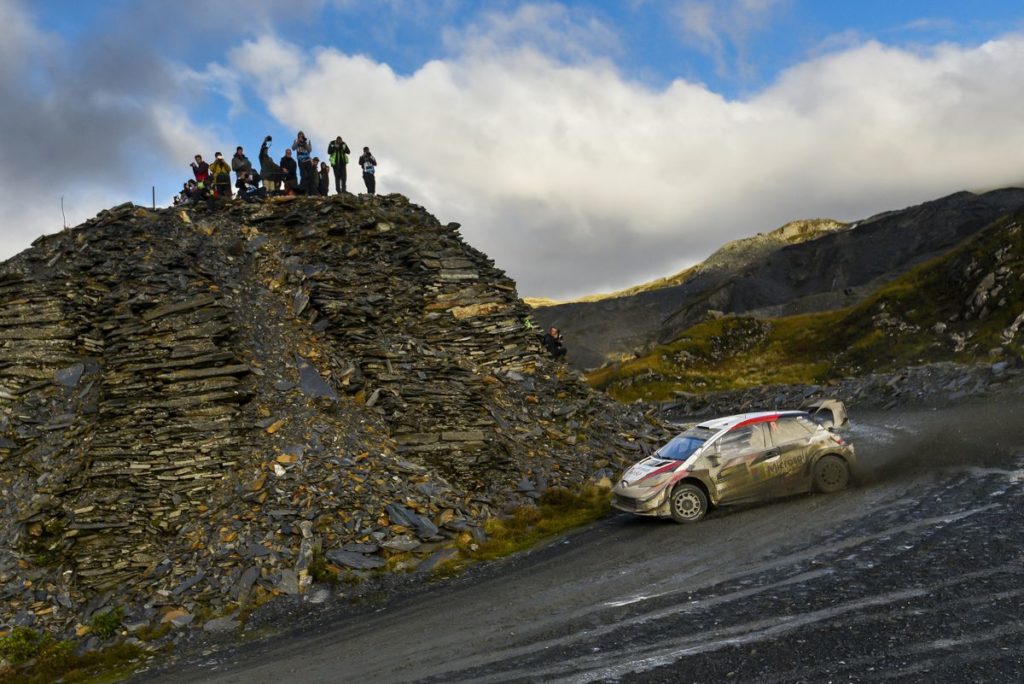 Toyota Yaris WRC driver Ott Tänak continues to lead a hard-fought Rally GB heading into the final day. With five stages remaining, championship leader Tänak has an advantage of 11 seconds over the driver in second place. Team-mate Kris Meeke is in fourth overall, less than 10 seconds from a place on the podium.

The crews faced the longest day of the rally, with 151.24 competitive kilometres split across seven stages in total: two loops of three stages in mid Wales, plus a short seafront test in Colwyn Bay to round out the day. Endurance was key with no mid-day service, just a tyre-fitting zone, while rain again added to the demands on the slippery stages.

Tänak gradually increased his advantage out front with a consistent performance throughout the day, recording the second-fastest time on five of the six forest stages. While Meeke conceded third place on the leaderboard during the morning, he continued to keep the pressure on the drivers just in front of him and remains on course to contribute to a strong points haul for the team.

Quotes:
Tommi Mäkinen (Team Principal)
“It was a very good job from both drivers today, with no mistakes whatsoever. It was a tougher day than we were maybe expecting it to be, but both crews coped well with the challenges. We have both cars in a good position going into the final day. The gaps are still quite small but I’m feeling confident that everything will go to plan tomorrow.”

Ott Tänak (Driver car 8)
“It has been a tough and challenging day. The stages were long and the conditions were tricky. In the last stages we started to have some quite bad fog and the roads were rough. We also lost our rear bumper so we had a lot of noise in the car, making it hard to hear the pace-notes. It’s still a fairly small gap so we can’t definitely relax, but it’s the biggest margin anyone has had this weekend. It’s hard to have confidence in Wales, as there’s always surprises and you’re always on the edge, but it’s nice to have this margin to take into tomorrow.” 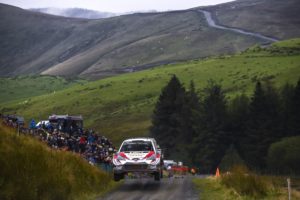 “I’m content to be here tonight in fourth place. We’re not so far from third, so there’s still a bit to play for tomorrow. We just struggled a little bit today. I gave it everything, and we only lost a couple of seconds on every stage, but that was enough. There are three guys in front fighting for the drivers’ championship and today they’ve just stretched their legs a little bit. I still have my job to do for the manufacturers’ championship, that’s the main target.”

What’s next?
The final day of the rally is made up of five stages in total. The Alwen and Brenig stages are run twice, separated by the famous Great Orme asphalt test around the headland into Llandudno, where there will be a final service prior to the last two stages.

Key stage: Brenig (SS19 & SS22, 6.43 kilometres)
Seb Marshall (Co-driver car 5): “This is a short but tricky stage. It’s quite wet and slippery in places, but with bonus points on offer in the Power Stage, and this rally often coming down to small margins, it could be a big push in here.”

0 0 0 0 0
Previous : Thierry Neuville will head into the final day with an 11-second deficit to the rally lead after taking two stage wins on Saturday afternoon
Next : Turbulent, rain-soaked race to finish the DTM season: Glock best-placed BMW driver in fourth