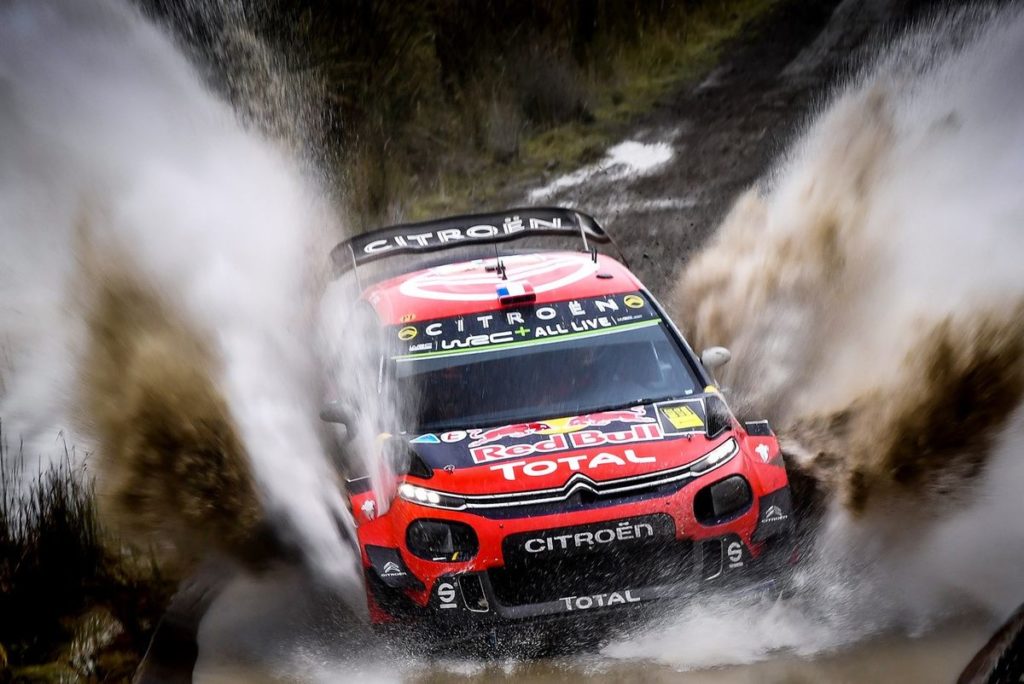 Determined to keep challenging for victory after spending yesterday’s opening leg among the frontrunners, Sébastien Ogier and Julien Ingrassia unfortunately dropped a few seconds today in a breathtaking battle at the front. They still ended the day third overall, just 17.3s behind the leaders and 6.3s off second place. Back in action today, Esapekka Lappi and Janne Ferm focused on racking up the miles in their C3 WRC in the truly unique grip conditions you get at this round.

With a competitive distance of almost one hundred and fifty-two kilometres and no mid-leg service, day two was widely expected to be the rally’s decisive leg. Gaps were expected to appear as the muddy gravel roads, flooded in places, gradually became slipperier as more cars came through the stages. And that is precisely what it turned out to be.

Sébastien Ogier and Julien Ingrassia, who started the day second overall 3.4s behind the leaders, pushed relentlessly on these extremely tricky roads, determined to hold onto their podium spot. They set a fine third fastest time on Myherin (SS12, 22.91km), just a tenth behind the rally leaders. However, the efforts made by the six-time world champions were not fully rewarded since they kept dropping the odd second here and there, meaning they reached service this evening in third position, 17.3s behind the leaders and just 6.3s off second place. The French crew will be intent on keeping up the pressure on the guys ahead tomorrow and trying to move up place or two, whilst the gaps remain small and the chance of drama is always significant. 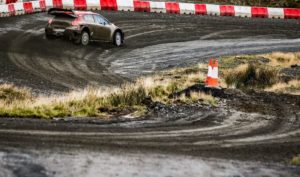 Having rejoined under Rally 2 rules after their off yesterday, Esapekka Lappi and Janne Ferm were above all focused on getting their bearings again, before quickly showing pace more consistent with their level of competitiveness. For example, they set the second and fourth fastest times on SS13 and SS15, which confirmed that had things gone differently, they might well have had a good shout of a top-five finish. They also acquired valuable experience for the future.

Tomorrow’s final leg sees the crews fight it out over a competitive distance of only 38.42 kilometres in five very short stages (the longest is just 10.41km). Grip levels are expected to remain very unpredictable, especially as more rain is forecast overnight…

“I suppose we are slightly disappointed with today’s leg because we had hoped to be more in the race. Unfortunately, there was a little something missing for Sébastien and Julien who, despite fighting really hard, weren’t able to push for the lead today. Looking ahead to tomorrow, we’re going to use tonight’s service to try and improve the set-up of the C3 WRC. The car certainly showed superb reliability on today’s leg, which was almost half of the rally, with no service period. We’re not that far behind and this rally often provides drama and incident right to the finish. Meanwhile, Esapekka and Janne got their bearings back and produced a focused and committed performance today, gathering experience that will undoubtedly prove useful in the future.”

“It was a tough day, with constant changes in grip, some fog too. We literally gave everything today. I’m glad we made it to the end, but I would love to have been faster. We consistently lost a little bit of time without being able to bounce back. There are still some tricky sections to tackle tomorrow and although Ott is quite far ahead now, none of us is immune to making a mistake in slippery conditions like these.”

“We had a decent day and it was interesting for me to experience what it’s like to be first on the road in muddy conditions. Sometimes, it was an advantage in terms of grip. At other times, it was definitely a handicap, with quite a lot of puddles and standing water that I was the first to come across and clear, but it was nonetheless a good learning experience.”

0 0 0 0 0
Previous : WRC – The welsh dragon shows his speed
Next : Thierry Neuville will head into the final day with an 11-second deficit to the rally lead after taking two stage wins on Saturday afternoon