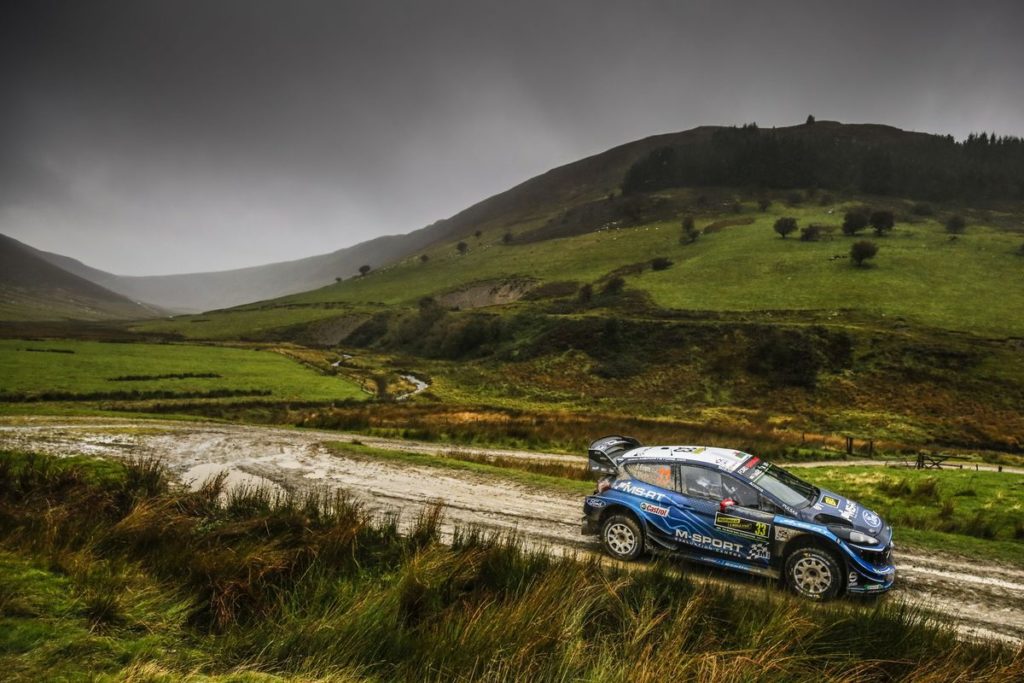 M-Sport Ford World Rally Team’s Elfyn Evans and Scott Martin continued their stage-winning performance into the second day of competition at Wales Rally GB – proving what they and the EcoBoost-powered Ford Fiesta WRC are capable of on home soil.

Posting the fastest time through all of this morning’s three stages, the Welsh dragon had a point to prove and expertly demonstrated what might have been were it not for the puncture he suffered yesterday morning.

The puncture cost the Welshman 43.3 seconds to the leaders, and he now finds himself just 50 seconds adrift of the lead. But what’s done is done, and he continues to climb the standings whilst drawing confidence from the strong performance he and Martin are delivering on their return to the championship. 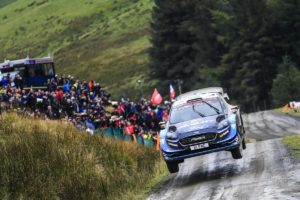 Pontus Tidemand and Ola Fløene were also getting to grips with the power and performance of the top-specification Fiesta, and found a good set-up for the morning stages. Able to focus more fully on his driving, the young Swede reduced the gap to the leaders and will be keen for similar progress through tomorrow’s closing stages.

But there was less good news for Teemu Suninen and Jarmo Lehtinen who went off the road on the first pass of Sweet Lamb Hafren (SS13). Although they managed to complete the day, upon their return to service the team discovered that there was too much damage to repair in the time allowed and were forced to retire the Finns from the event.

Team Principal, Richard Millener, said: “Elfyn’s pace was really impressive today and he was untouchable through this morning’s stages. It’s great to see that he had the speed to challenge for the win this weekend – albeit a little frustrating at the same time! But what’s done is done, and we can all take a lot of confidence from the performance he and Scott have delivered on their return to the championship. Pontus also had a much better day today and it was great to see him find some confidence behind the wheel. Once he found a set-up he was comfortable with, he was able to really focus on his driving and reduce the gap to the leaders which was a big positive. We were looking forward to seeing what Teemu could do today as well, but after his off this morning there wasn’t too much more he could do. He managed to complete all of the stages, but when the car returned to service we could see that there was too much damage for the lads to fix in the time allowed. It’s been a tough day for him, but he showed some really good pace yesterday and I’m confident that he’ll come back stronger in Spain.”

Elfyn Evans (6th) said: “It’s been a great day for us, especially this morning when I could pick my own lines and it was really, really nice out there. This afternoon was a bit more difficult with some more defined lines and quite slippery conditions, but we got through it okay. We had a bit of an annoying overshoot in the last stage [SS17], but that’s just the way it goes sometimes. The support has been great all weekend, and we’ll push as much as we can tomorrow.”

Pontus Tidemand (7th) said: “It’s been a tough day, but a good day for us. The stages have been fantastic and I’m happy that we are making progress with a good feeling in the car. The trickiest thing to get right is braking late enough and going flat-out in the really fast sections. But we’re getting there and will definitely try to make the most of tomorrow’s final five stages.” 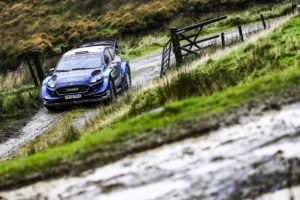 Teemu Suninen (DNF) said: “It’s disappointing that we won’t be back out tomorrow, but there are still a lot of positives that we can take away from this weekend. I was really pleased with my pace on Friday, and it was good to see that we could battle with the guys at the front. We made a couple of little mistakes – but I can learn from this and come back stronger next year with more experience.”