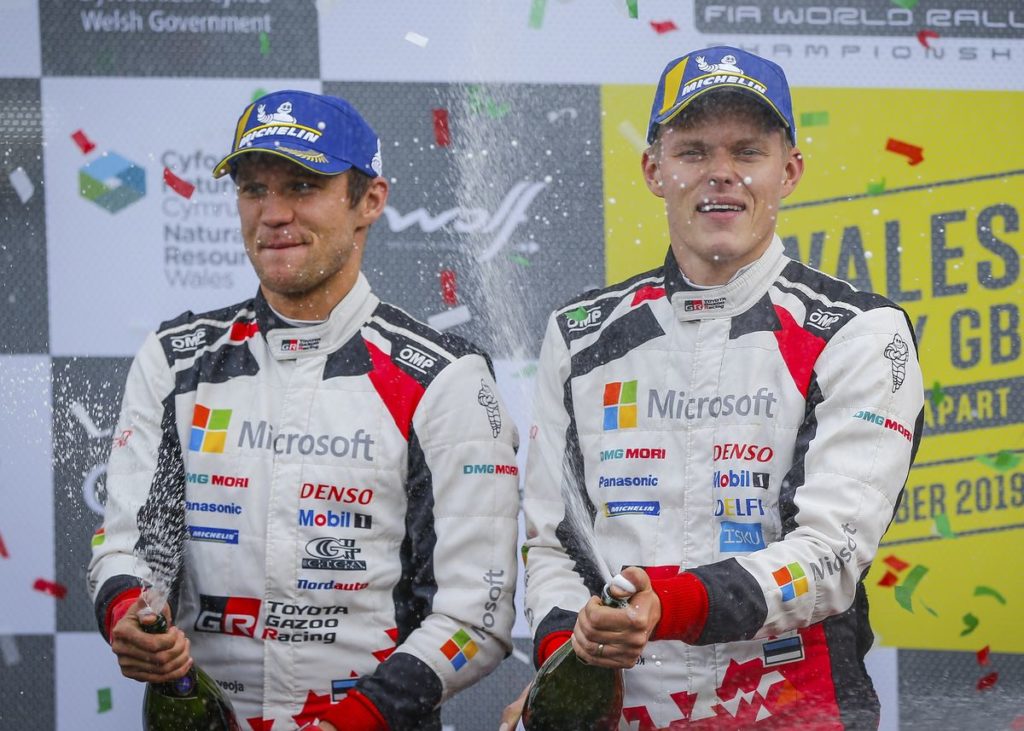 Ott Tänak added to his FIA World Rally Championship lead by claiming maximum points on Rally GB, sealing his sixth win of the season in the Toyota Yaris WRC in style by setting the fastest time on the Power Stage. Team-mate Kris Meeke finished fourth to complete a strong points haul for the TOYOTA GAZOO Racing World Rally Team, which closes to within eight points of the lead in the manufacturers’ championship.

The final day of the rally consisted of two runs over the Alwen and Brenig stages in north Wales, with the asphalt Great Orme stage along the coast ultimately cancelled because the sea conditions meant there was insufficient safety cover.

Tänak, the leader of the rally since the end of Friday, began the day perfectly, outpacing his nearest rival by one tenth of a second to win the first pass over Alwen. He took an advantage of 9.5 seconds into the Power Stage, where he went fastest of all by half a second, beating his closest championship rival to the five bonus points on offer. He and co-driver Martin Järveoja’s final overall winning margin was 10.9s, and Tänak now leads by 28 points in the championship.

The Toyota Yaris WRC led the rally from start to finish, with Meeke having set the early pace before Tänak took over at the front. On the final day, Meeke made sure of his fourth place, clinching important points for the team.

“Toyota Gazoo Racing won two FIA World Championship events (WEC and WRC) on the same weekend. We very nearly achieved this earlier this year, in June, and therefore after the Fuji race I was really hoping that we could also win in Wales. In heavy wind and rain and extreme road conditions, I am really happy to see Ott and Martin won Rally GB, believing in the team and the car after the issue that cost them points in Turkey. For the last two WRC events of the season, I truly hope for more victories and finally for their championships. Let’s make ever-better cars with all our teams. Thank you very much to all fans who support our activities in these two FIA world championships.”

“It has been an incredible rally. Ott did a perfect job: I know that this rally is one of the most difficult, but he controlled it all weekend under huge pressure. The Power Stage was incredibly exciting, and I think my heart rate is still recovering, but for Ott to get maximum points was amazing. His championship is looking good now: I’ve been in this situation and it’s very hard, but he’s managing everything very well. Kris also did a great job this weekend to score us important points for the manufacturers’ championship. We have two rallies to go: we just need to concentrate and do our job as well as we can.” 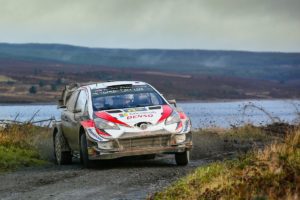 “It’s an amazing feeling to win. There’s a lot of people working behind us and with the effort they put it, it’s great to be rewarded like this with maximum points. On the Power Stage, I had full confidence in the car and I had to take the opportunity, as every point can be crucial. Our team slogan is ‘pushing the limits for better’ and I always try to do my best. We have two more rallies to come this season and certainly nothing is decided yet, so we need to keep pushing and keep focused.” 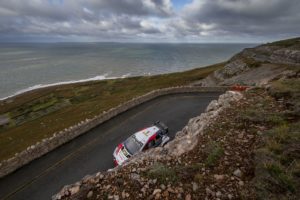 “After leading the rally for most of Friday, to finish fourth is a little bit disappointing, but to be honest, I’m happy. It was a weekend full of challenging conditions. We weren’t so far off, we just lacked a bit of pace on Saturday, but it’s still very strong points for the team. I’m delighted to see Ott take the victory and we close the gap in the manufacturers’ championship, so it’s been a strong weekend for us. We have two rallies to go, I hope we can be strong in Spain and fingers crossed we can have a good end to the year.”

Rally de España (October 25-27) is the only WRC round run on both gravel and asphalt. After one day on gravel, teams are required to transfer the cars from gravel to asphalt specification within a 75-minute service. The asphalt stages that follow are smooth, fast and flowing, similar to racing circuits in their characteristics.