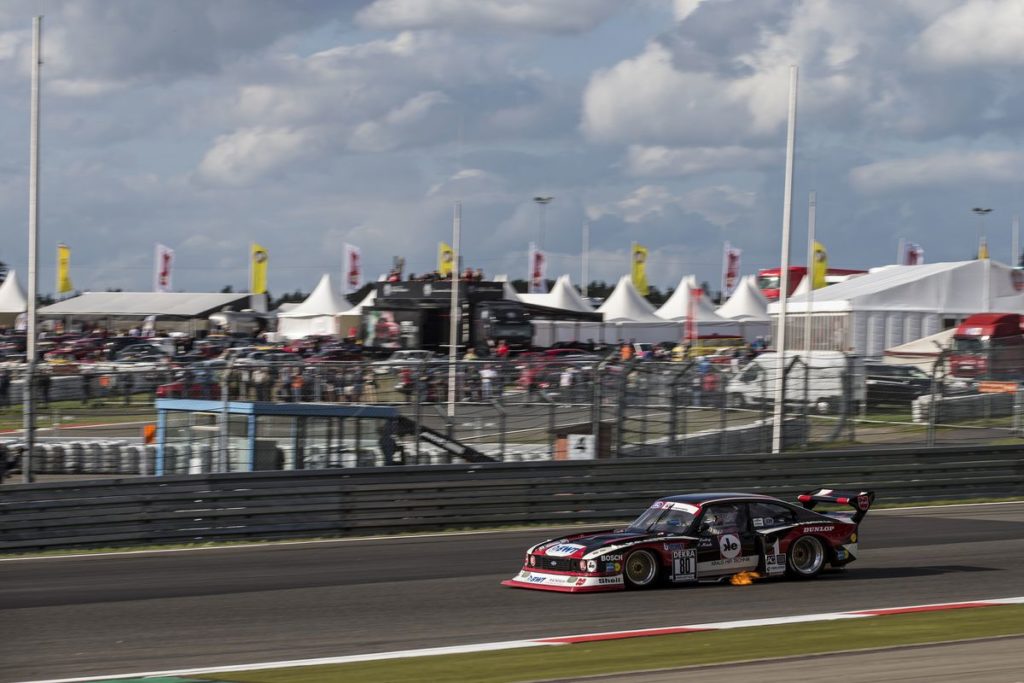 With a star-studded line-up of racing legends from the 1970s and ’80s, the 2019 DTM season finale is set for a truly stunning slice historic display.

DTM’s Hockenheim weekend (4-6 October) not only features SUPER GT guest entries from Honda, Nissan and Lexus (including an appearance from former F1 world champion Jenson Button), but also a support programme including more than 20 legendary cars from DTM’s predecessor, the Deutsche Rennsport-Meisterschaft (DRM), the leading race series in German-speaking countries between 1972 and ’85.

Spectators will get to watch heroes such as two-time Le Mans winner and DTM champion Hans-Joachim Stuck, two-time world rally champion Walter Röhrl, Le Mans winner Jochen Mass and three-time DRM champion Hans Heyer performing high-speed demonstration laps with a number of DRM Classics. Stuck is scheduled to drive one of BMW’s iconic M1s, while Mass will be behind the wheel of the very Ford Capri RS 2600 he raced in the DRM way back in 1972.

Armin Hahne and Helmut Kelleners will make a comeback driving their BMW 2002s from 1972 and 1973 respectively. Heyer will be behind the wheel of his DRM championship-winning car from 1980, the spectacular turbo-charged Lancia Beta Montecarlo, and also a replica of the BMW 3.5 CSL he raced in 1973. With discussions between DTM organisation ITR and the DRM Classics organiser still ongoing, it is hoped that even more drivers will be added to the line-up.

Several DTM champions to race in the Tourenwagen Classics

Alongside the special DRM Classics’ display, Hockenheim’s event programme includes an additional treat for fans of racing cars of yesteryear: the Tourenwagen Classics, with DTM cars from the 1980s, 1990s and 2000s filling out a large sector of the grid, will also be racing at the venue.

The 1984 DTM champion Volker Strycek will be racing in Tourenwagen Classics, and will also parade a 1981 BMW 320 Group 5 car in the DRM Classics display.

The series accompanies DTM for the fifth and final time this year, and its iconic cars will be on display in the paddock across the Hockenheim weekend.

Singer Pietro Lombardi will bring the curtain down on Saturday’s programme with a special show in the Hockenheim Fan Village from 5.30pm. Lombardi became famous for winning the eighth season of the show ‘Deutschland sucht den Superstar’ (German version of ‘Pop Idol’) back in 2011, and went on to score six top 10 hits, including the number-ones ‘Call my name’ and ‘Phänomenal’.

Access to the paddock – and therefore to Saturday’s concert – is free for everyone with a valid grandstand ticket (subject to availability).

Tickets for the race weekend at Hockenheim can be ordered from the official website DTM.com/tickets.