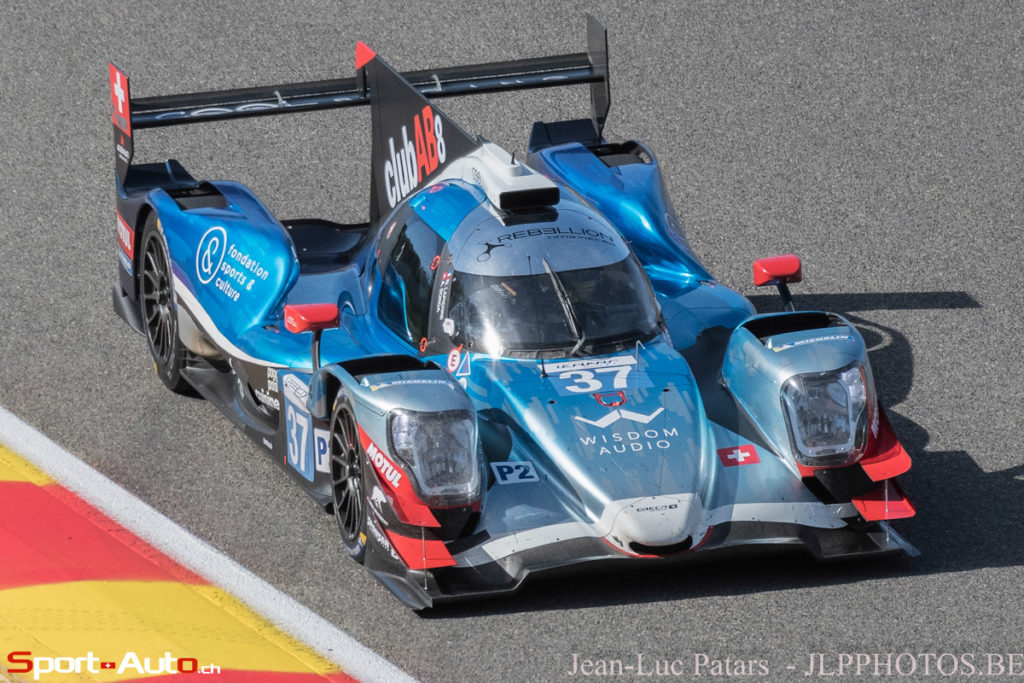 It was another strong weekend for Cool Racing who had to look after three cars in the Michelin Le Mans Cup as well as the #37 Oreca in ELMS. For the 5th round of the ELMS season and after Silverstone accident, Antonin Borga and Nicolas Lapierre shared the car, Alexandre Coigny not being fit enough to drive yet. Nevertheless this did not hinder him to come to support his teammates for the race today..

During the free practice sessions, the drivers had to deal with problems linked to tire temperatures, this was fixed as soon as the second free practice. Even if they had numerous Safety Car and FCY periods, they managed to find the right set-up for the car and were able to work on more or less long runs. In qualifying, Nicolas put the car in 4th position on the second row, and Antonin started a race that was going to become a fantastic event for the team.

Antonin Borga: “It was a great weekend. My start went well and I made it to overtake #23 car in the first lap, placing our car 3rd for the next 20 laps. I loved it. After that I spun and I am really sorry about it, because we lost six places. I did all I could to make up for it, and handed the car to Nico in 7th position. He did a marvelous job during his stint, passing cars one after the others, and in the end he passed #32 United (R. Cullen), #26 G-Drive (J. van Uitert), #28 IDEC (P. Lafargue) and finally #30 Duqueine (R. Bradley), taking our #CLARA37 in the lead. When another FCY came out, I took over in P3 after we make a pit stop that was a little too long. And I was really motivated to come back up front. The several Safety Car and FCY periods of course played a role in the race and my last lap fighting with Tristan Gommendy (Graff Racing #39) was just crazy, unbelievable. The Race control though I was too pushy, but in the end, everyone agrees to say it was a great final lap. We are 2nd on the podium and this is absolutely great. I really would like to thank everyone in the team for the car they give us each race weekend.”

Nicolas Lapierre : “It was a very busy race in all means, and it ends up with a second place finish, so yes, definitely we are happy. The car was competitive, we did not make any mistake in our strategies and this a good thing in this complicated race. Antonin totally amazed us with his fantastic finish while working on catching the second step of the podium with a very manly but correct maneuver. We have a great dynamics in the team and this is good for the future. I am very happy for the team as this “learning season” is going well, even better than what we could have expected.

The race control took a hurried decision after the race, that came out even before the podium, and we received a 10 second penalty Antonin’s for strong driving but they canceled it just after the podium… at first when the steward looked at the videos, they decided to penalize Antonin for “unsafe driving”, so we stepped on the third step of the podium. But then they did a more precise analyze of the action, and recognized that his maneuver was strong but correct. So we got our second place back.”

Patrick Barbier : “Sportively, our Spa race weekend is a success and we truly deserve our second place. We had a good weekend and a good race. Antonin and Nicolas fought all they could all along the 4 Hours race, and Antonin confirmed a fantastic fighting spirit to catch the 2nd place. The penalty decision came even before the drivers had made it to the podium, it was a very odd situation. But in the end everything is back to normal, and competition wins. Antonin was fighting harshly, but it remains a race fact. In the last three races, we have shown that we have good potential and we will go on this way.”

The Cool Racing team was also happy to see Alexandre Coigny on the starting grid, coming to support his team.

First question, how are you since the accident in Silverstone?

“I am doing fine, getting better every day, I even started walking without the crutch. But one still need to give it time and to listen to his body. Let’s see if I can race at Fuji in WEC, but for sure I will be back in the car in Portimão for the ELMS season finale.”

How did you feel looking at this crazy race from the box?

“Of course it is a bit frustrating not to be in the car, but the team managed my absence very well, let’s see the results! Antonin was not happy about his little mistake, but this happens and he managed a wonderful race. Nico completed an impressive stint and the guys and engineers in the background did a great job. We are going well and in the right direction.”

See you all in Fuji for the second round of the 2019/2020 FIA WEC championship, and next month in Portimão for the ELMS Finale.